BMW rejoined the DTM series this year, and during the second race of the 2012 season at Lausitzring over the weekend, BMW won for the first time in almost 20 years. The win celebrations were multiplied as it was also BMW’s 50th DTM win in history. 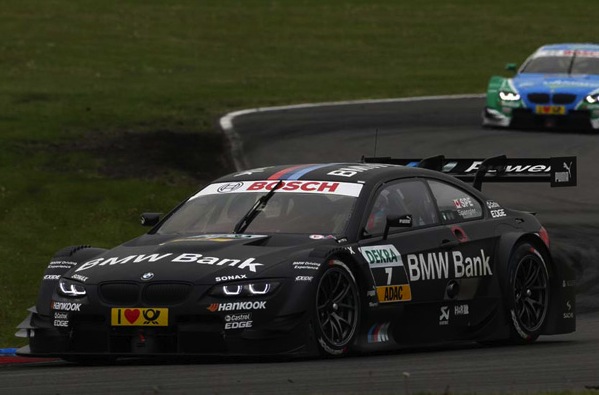 BMW has six special DTM M3 race cars running in the championship. On their debut race at Hockenheimring last week, the best the company could manage was sixth place behind Gary Paffett in the Mercedes-Benz AMG C-Class Coupe.

In the weekend’s race, Bruno Spengler in the BMW Team Schnitzer car took out the win, followed by Gary Paffett in the C-Class, and then Augusto Farfus taking third place in the Castrol Edge BMW. Jens Marquardt, BMW Motorsport Director, recently said,

“Our strong comeback weekend in Hockenheim, then yesterday the first pole position and now – in the second race – even our first win in the new DTM-era. That’s amazing, simply amazing, absolutely amazing.”

Other highlights over the weekend included Audi taking out fifth and sixth place in the new Audi A5 DTM cars.

The next race for the 2012 Deutsche Tourenwagen Masters will be held at Brands Hatch in the UK on May 20.