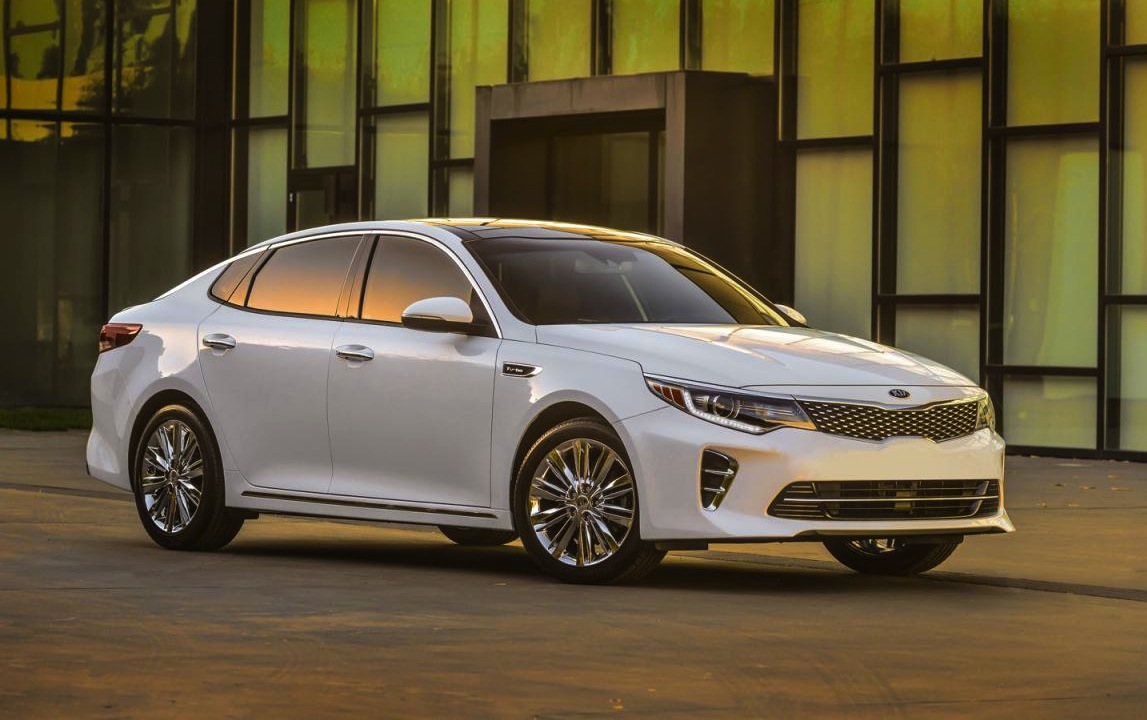 Kia has unveiled the new 2016 Optima at the New York Auto Show, wearing an all-new design inside and out, showcasing two turbocharged powertrain options. 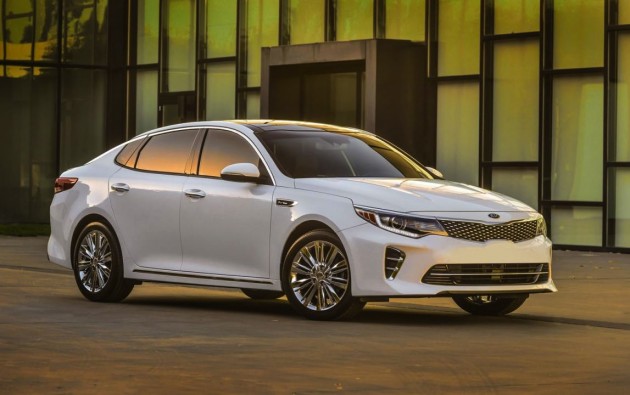 The latest iteration of the Optima features a new front end, with large air intakes, a new grille featuring the ‘tiger nose’ theme, and a new headlight design that adds up to a fairly refreshed look.

The 1.6-litre turbo is mated to a seven-speed dual clutch gearbox, while the others come with a six-speed automatic transmission. The Optima’s chassis is stiffer than the outgoing generation, but is also lighter, so expect it to be a leap-forward in terms of handling and economy.

The interior of the 2016 Optima has been overhauled too, with a cleaner approach in design. There is the usual mix of options available, ventilated front seats, a leather upholstery, Infinity audio system, as well as some safety equipment like Kia’s Around View Monitor, Smart Cruise control and Autonomous emergency braking system. 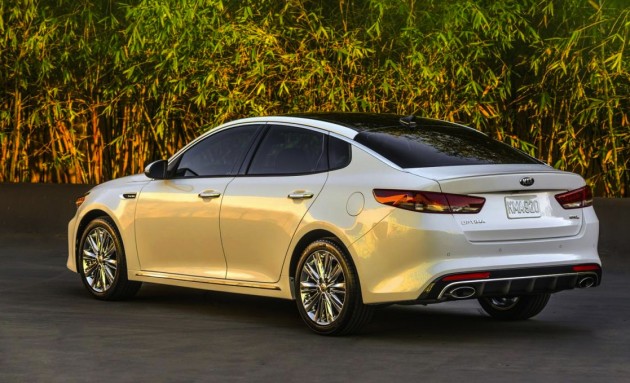 Kia Australia is yet to confirm pricing of the 2016 Optima, but will go on sale later this year. Australian buyers will be presented with the 2.4-litre engine and the 2.0-litre turbo.