The all-new 2013 Volvo V40 has arrived in Australia. The sleek and very smart new model has been specifically designed to rival the likes of the Audi A3, BMW 1 Series, the Mercedes-Benz A-Class, and the Lexus CT 200h. 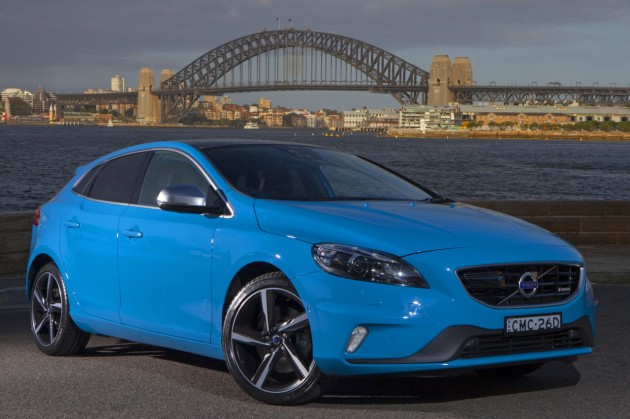 This is the first time in a long while that Volvo is offering something for the popular premium five-door hatch segment. In a fierce market, with the highly renowned premium German rivals, the V40 is swooping in with cutting-edge design, a dynamic driving character, and safety and technology as its main weapon.

Four variants are on sale, including the D2, the D4, the T4 and the performance T5. These are powered by four different engine choices, and are available in three main trim levels, some of which are only available at each end of the range; the Kinetic, Luxury, and the R-design. 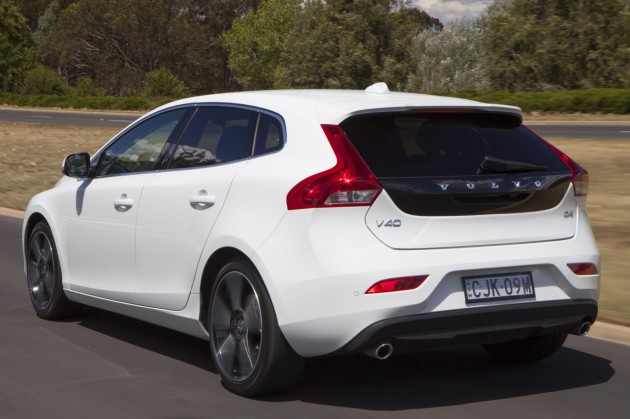 Starting out the range, the D2 comes with a 1.6-litre turbo-diesel four-cylinder producing 84kW and 270Nm. It’s able to sprint from 0-100kmh/ in 11.9 seconds and offers a class-leading average fuel economy rating of just 4.2L/100km.

Starting out the petrol range, the T4 comes with a 2.0-litre turbocharged five-cylinder producing 132kW and 300Nm. It’s able to cover 0-100km/h in 8.7 seconds, while offering an average fuel economy rating of 7.6L/100km.

Lastly, the flagship and highest performance variant, the T5. It comes with a 2.5-litre turbo five-cylinder producing a class-leading 187kW and 400Nm (overboost), capable of 0-100km/h in just 6.1 seconds. It offers a fuel economy average of 8.1L/100km. 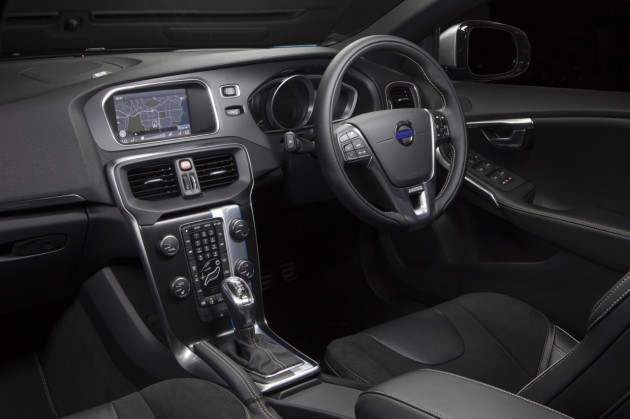 Inside and outside all variants, the V40 carries Volvo’s latest design language, with a sweeping roofline, an up-swept rocker line, and a distinctive shoulder line. The rear of the V40, including the black central panel, has been inspired by the old Volvo P1800 classic, adding a dash of heritage.

As you would expect, every Volvo V40 comes filled with the latest cutting-edge safety technologies, including a world-first pedestrian airbag system which deploys from the lower windscreen to reduce danger and injuries in the event of a collision with a pedestrian. It’s standard on all variants. 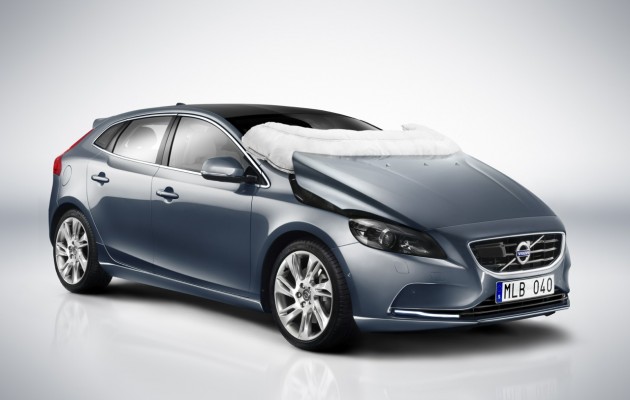 There’s also a smart new radar-sensor blind spot detection system, a Cross Traffic Alert system which can detect cross-coming vehicles in a car park, and of course Volvo’s renowned City Safety system which is now capable of monitoring the conditions ahead at speeds up to 50km/h (previously only 30km/h).

PerformanceDrive is currently at the official launch event in Adelaide, and will provide a full in-depth review, including a drive impression of the variants we have driven, within the next 24 hours or so.

Meanwhile, the prices for the new V40 range are as follows (excluding on-road costs):