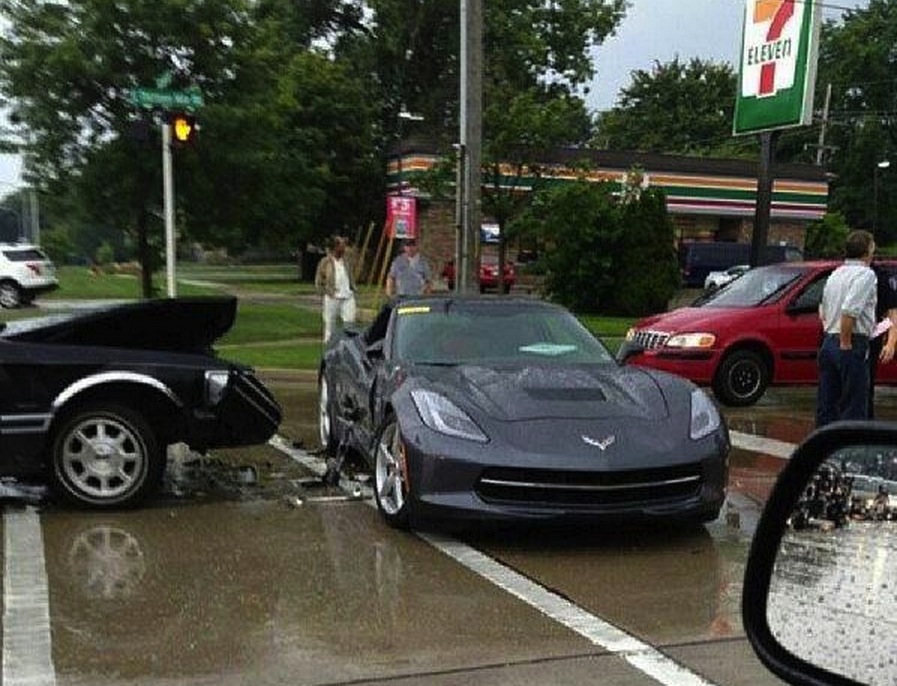 The 2014 Chevrolet Corvette Stingray hasn’t even gone on sale, yet, this is the second pre-production version that has been involved in a crash. 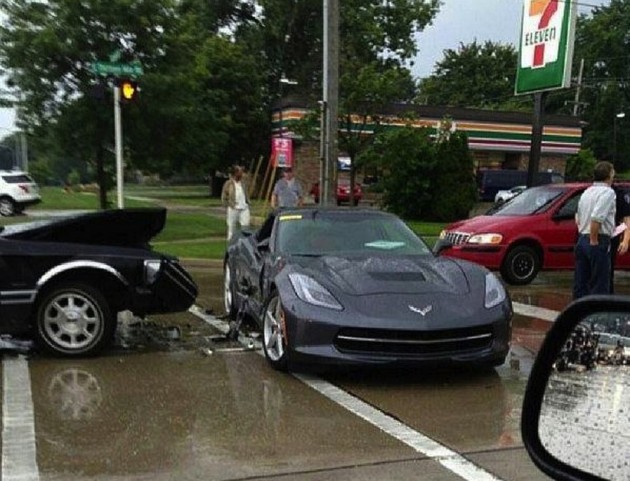 This time the crash occurred in Madison Heights in Michigan, USA. It”s understood the ‘Vette was a test vehicle undergoing on-road checks and further calibration in time for its upcoming market launch. The manufacturer number plates confirm the car was being driven by a GM official and not a dealer or customer.

Official details on what caused the accident are unknown at this stage, however, judging by the image, it appears the Stingray was T-boned at an intersection, causing a reasonable amount of damage to the passenger door.

It’s unconfirmed if anybody was injured or not. By the looks of it, everybody would have walked away unscathed.

The 2014 Chevrolet Corvette Stingray is due to hit showrooms during the third quarter of this year.