Jeep has revealed the six aggressive concept off-roaders that will debut at the upcoming 2013 Easter Jeep Safari in Utah next week. Each of the creations display a clear focus on maximising off-road performance. 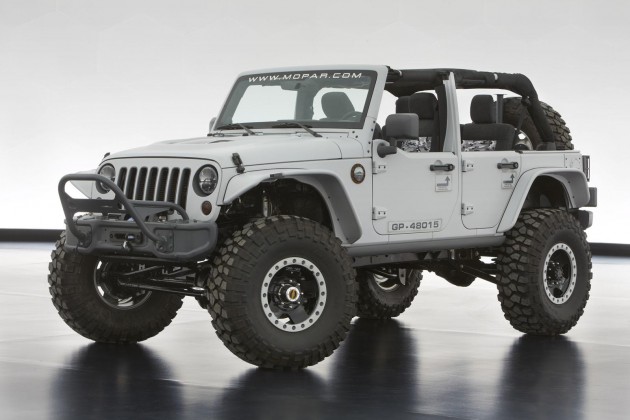 Starting with the Wrangler concepts, the Wrangler Mopar Recon is perhaps the most outrageous. It features the 6.4-litre HEMI V8 taken from the SRT Grand Cherokee, producing 350kW. The mighty unit is matched up to a five-speed auto and uses a 4.1:1 differential ratio with Dana 60 front and rear axles. The Wrangler is also raised by 114mm and comes with chunky 39-inch tyres. 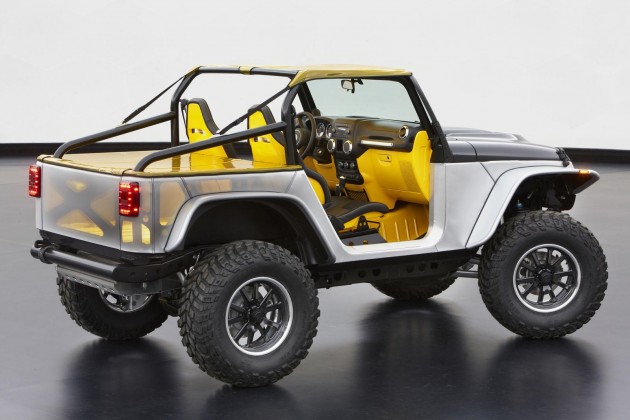 Slightly toned down and more free spirited, the Wrangler Stitch showcases a lightweight and focused personality rather than outright impact. The Stitch is based on the Rubicon, which is already one of the most capable factory off-roaders on the market, except this one is lighter in weight thanks to various structure revisions.

There’s a carbon fibre bonnet for starters, a chromoly roll cage, while aluminium is used for the lower control arms, floor pan, and the GenRight fuel tank. Overall, weight has been reduced to 1360kg. It’s unknown what engine lurks beneath the bonnet, although, Jeep says the power-to-weight ratio is similar to that of the Jeep Grand Cherokee SRT. 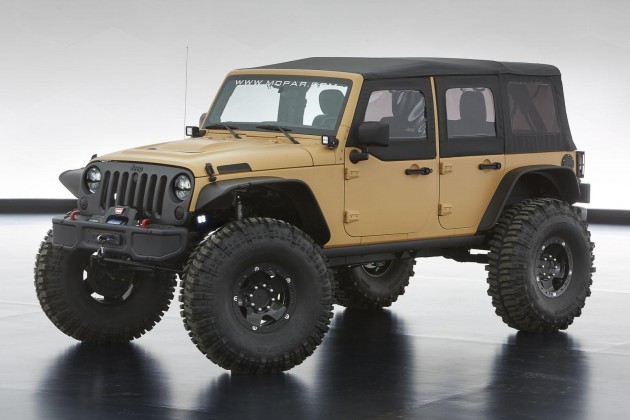 The third iteration of the Wrangler comes in the form of the Wrangler Sand Trooper II from Mopar. It features a 280kW 5.7-litre V8 engine under the bonnet, as well as a heavy-duty set of accessories such as a Warn winch, 40-inch tyres, and a set of Mopar guards. 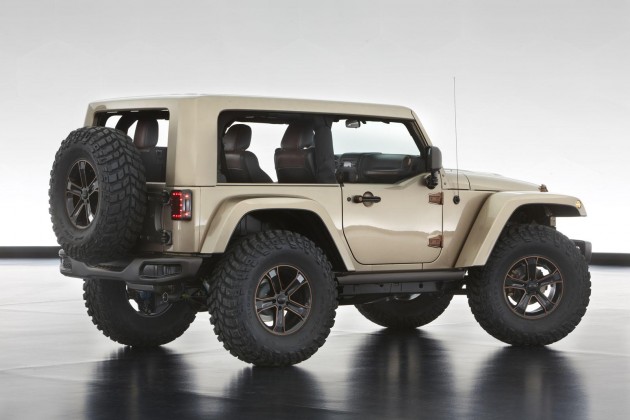 Following a similar personality, the Wrangler Flattop is all about stance. It shows off a ‘chop-top’ roof with a lowered windscreen. It also features a sandstone exterior colour, Katzkin leather seats, and custom bumper bars with LED lights. Maximum traction comes from 37-inch Mickey Thompson tyres and ARB air lockers. 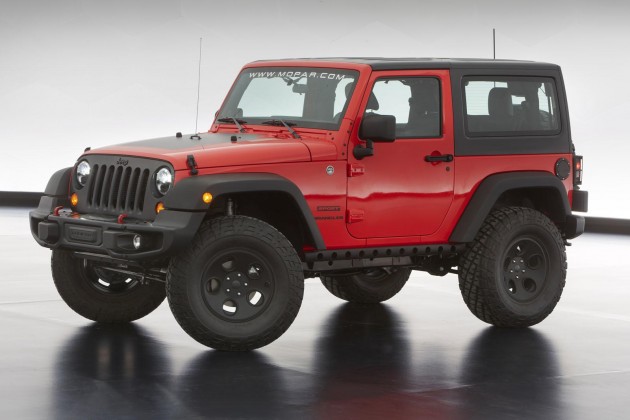 Lastly for the Wrangler lineup is the Wrangler Slim which we saw a glimpse of yesterday. It’s more of a sedate version with a 50mm lift kit, a modified body for increased approach and depart angles, while a neat leather trim inside with a CB radio finishes it off. 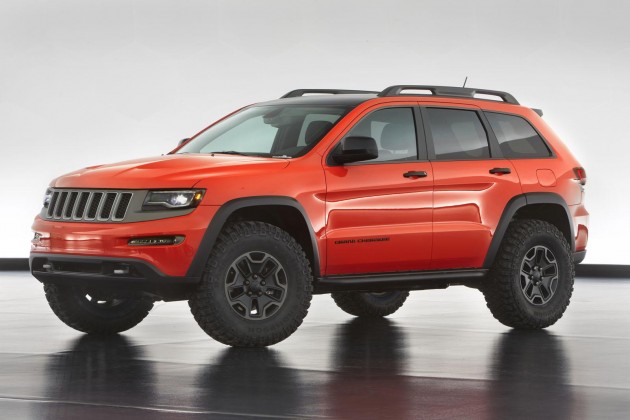 To complete the range, Jeep is also showcasing a special Grand Cherokee Trailhawk II Concept. It comes with a new ‘EcoDiesel’ engine producing 179kW of power and 569Nm of torque. The exterior is highlighted by a bright blood orange paint scheme and a set of 35-inch Mickey Thompson tyres.

All six will be on display at the festival which runs from March 23 until March 31.