The sheets have been lifted off the new 2014 Audi A3 sedan and the high-performance S3 sedan. The new model will go on sale in Australia early next year, joining the A3 Sportback which is due in May. 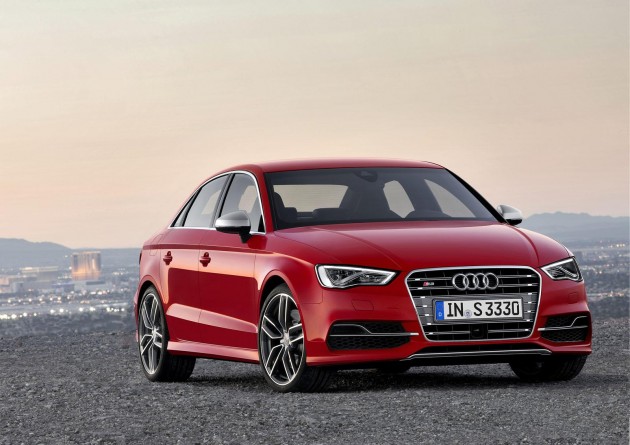 Based on the smart-looking new A3 hatch, the sedan steps into what is said to be the world’s largest market segment; the compact sedan.

Audi says the sedan version is 11mm wider than the A3 Sportback five-door hatch and 9mm lower, providing a more sturdy stance. Part of the additional width comes in the form of slightly bolstered wheel arches.

As for the high performance new S3 sedan, it comes with various sporty highlights inside and out. On the outside the S3 can be distinguished via the discreet bodykit with sporty front and rear bumper bars, silver aluminium-look trimmings such as the side mirrors, and the set of 18-inch alloy wheels hiding 340mm front brakes. 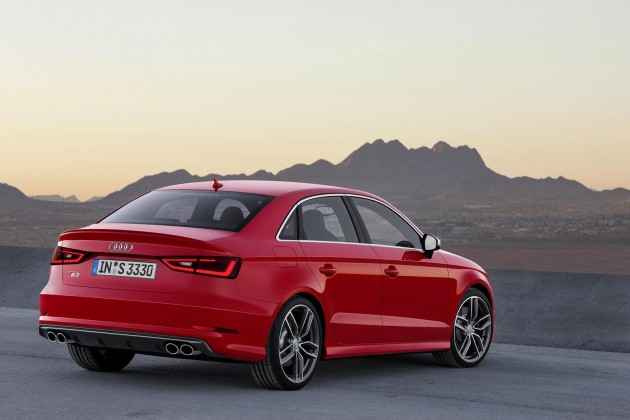 Under the bonnet, we’ll start with the S3. It comes with a 2.0-litre TFSI heavily turbocharged four-cylinder engine producing 221kW of power and 380Nm of torque. It enables 0-100km/h sprints in just 4.9 seconds.

The performance of the S3 sedan comes, at least partly, to the quattro all-wheel drive system, featuring a multi-plate clutch-managed centre differential, and an S tronic automatic transmission.

Audi Australia is yet to finalise local specifications and prices. The regular A3 sedan will go on sale locally during the first quarter of 2014. The S3 is set to follow a few months afterwards.