Like the other various car manufacturers that are also bringing out black-themed limited editions, Ford is introducing the 2012 Ford Fiesta Metal. It comes with more presence and more power. 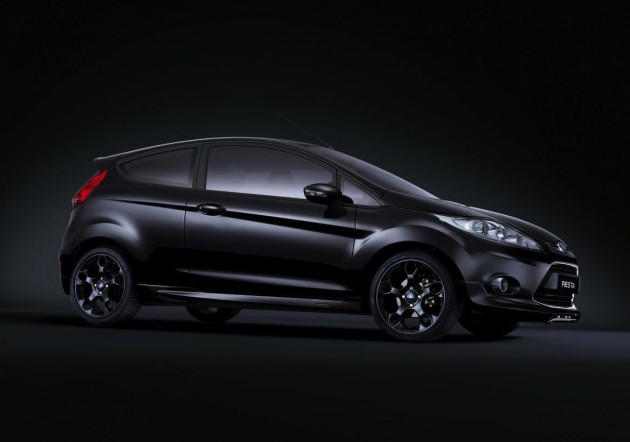 The first thing you’ll notice about the Feista Metal is obviously the Panther Black Metallic exterior, and matching 17-inch alloy wheels. There’s more to it beneath the skin though.

Ford has managed to extract over 10 per cent more power from the 1.6-litre Duratec Ti-VCT petrol four-cylinder engine. It now produces 98kW of power and 160Nm of torque, making it the most powerful Fiesta on the market.

Power increases are thanks to a new air intake system for the engine, a new freer-flowing exhaust system, and a retuned engine computer allowing 300rpm more revs in the range. 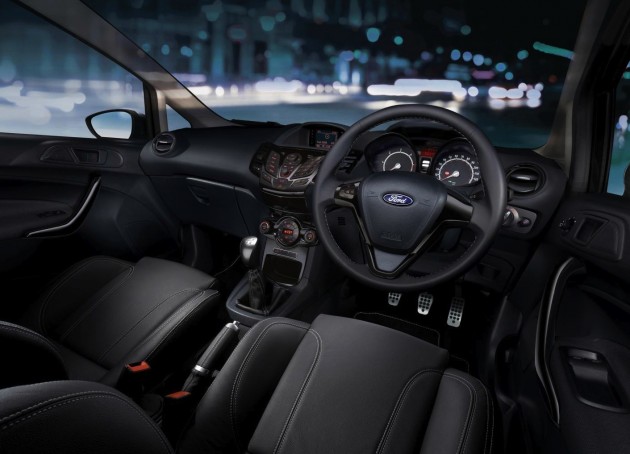 Just 250 examples of the Fiesta Metal will be made, all in three-door hatch form only. It will arrive in dealerships throughout Australia in September, priced from $22,990 (excluding on-road costs).