Volkswagen has unveiled the all-new Volkswagen Polo R WRC rally car project it has been working on since the beginning of this year at the 2011 IAA Frankfurt Motor Show. It features a very cool race-car body and an FIA-certified powertrain. 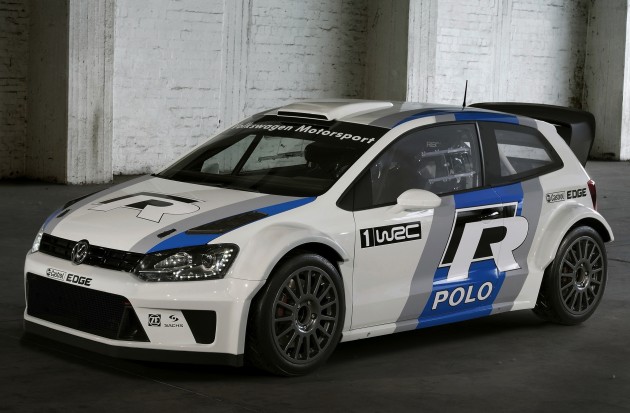 Volkswagen announced it was/is planning to enter into the World Rally Championship (WRC) in 2013 with an all-new vehicle. The company then released a number of concept renderings and images of the car, but now, at the Frankfurt show, the finished product it is perhaps one of the coolest-looking hot hatch at the show?

The 2013 Volkswagen Polo R WRC car features a very muscular body kit with various fins and scoops, including a huge carbon fibre rear wing, for optimum high-speed aerodynamic advantage, as well as an array of vents in the front end, on the bonnet and on the roof, to maximise cooling.

“In February we started designing the vehicle concept for the Polo R WRC. Now we’re already in a position to present the first ready-to-run vehicle that will subsequently be used in extensive tests – an important step in our preparations for the WRC entry in 2013.

“I’m pleased about our team having managed to get this car off the ground in such a short time. And I’m very proud about the opportunity to present it to the public on the occasion of the IAA in Frankfurt.”

We can’t wait to see this new Volkswagen Polo R WRC rally car out in the 2013 WRC events. We wonder who will drive for the Volkswagen team? We also wonder if the new brand and car will attract a whole new heard of fans to the sport now?