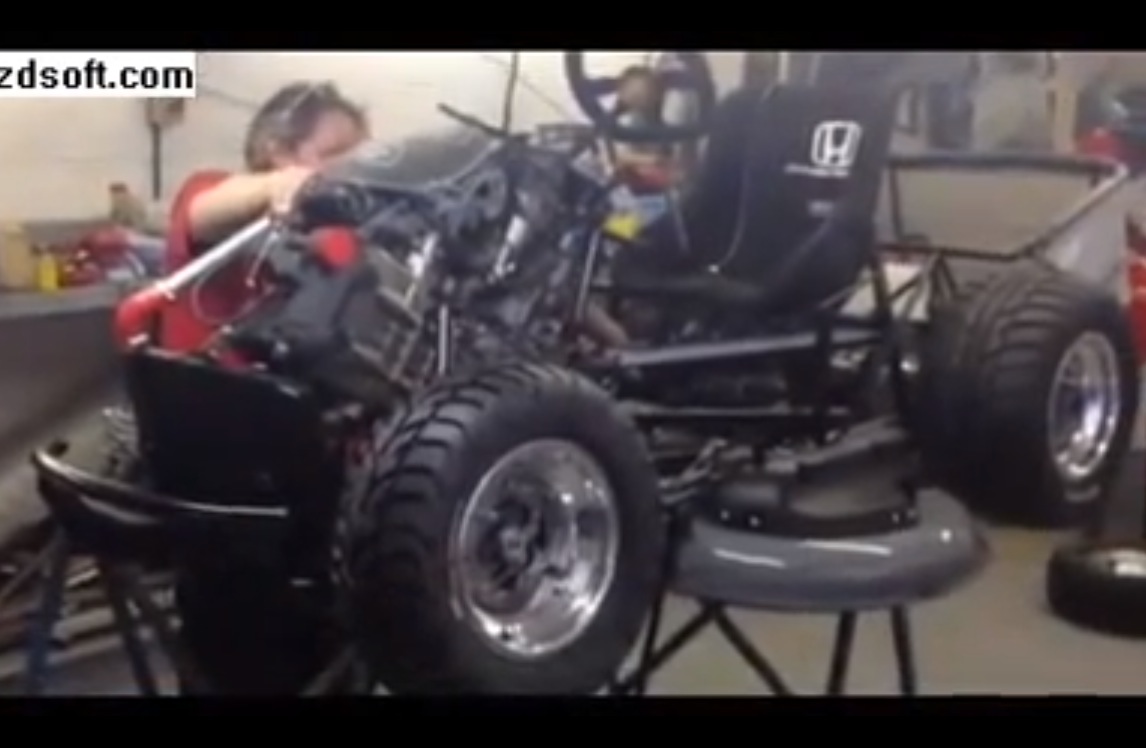 The guys from Top Gear, along with help from Honda and Team Dynamics, are looking to reset the world record by creating the fastest lawnmower on the planet. 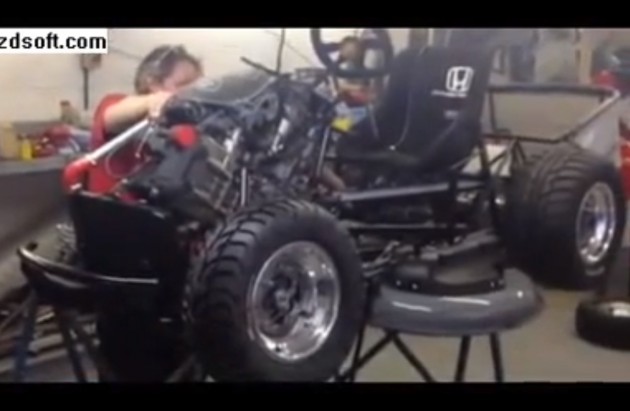 A preview video has just surfaced online showing the extent of the project, which features a Honda VTR1000F motorcycle engine. The engine sits in a heavily revised Honda HF2620 lawnmower chassis, with the rear axle setup taken from a go-kart and the steering rack from a Morris Minor.

For those that like to get the mowing over and done with as quickly as possible, this is your ideal machine. The crew are aiming to reset the record books with the wacky grass-cutter, which means they will need to crack 155.35km/h – previously set by Bobby Cleveland in 2010.

The mower is said to have a theoretical top speed of 209km/h, which would easily surpass the current record. In true Top Gear style, the team are ambitious, but will they be rubbish? Only time will tell.

More details are set to be revealed on June 17, while the next season of Top Gear starts on June 30. Expect to see this mean green cutting machine in one of the upcoming episodes. Click play to take a look at the almost-finished product.