Lamborghini is planning “something truly extraordinary that’s based on the V12” which will debut at the 2013 Geneva Motor Show next month. The car will be part of the company’s 50th anniversary celebrations. 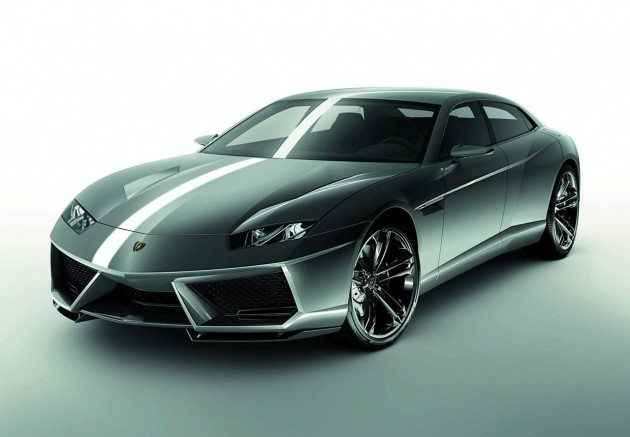 It’s no secret that Lamborghini is planning to unveil a very special model to celebrate the company’s 50th anniversary. It’s tipped to be the most powerful car the company has ever made, potentially an Aventador ‘LP-720’.

To make sure the Lamborghini stand really steals the spotlight at Geneva, an all-new concept will join the power beast. Company boss Stephan Winkelmann recently told Autocar in the UK that the new concept will feature two doors, two seats, and a V12 engine.

According to the publication, the V12 engine is expected to be mounted at the front. Lamborghini hasn’t produced a front-engined vehicle for well over 30 years, so, as you can imagine, this is a big move by the company.

It’s understood the concept will be made as a possible look into what Lamborghini could do in regards to a rival for the Ferrari F12. Although there’s no word the car will ever hit production, industry experts suggest it may spawn a showroom model further down the line.

The only other car, or concept we should say, that has featured a front engine is the Estoque sedan (pictured). Maybe this will be a two-door coupe version of that?

All will be revealed in just a few weeks when the Geneva show gets under way on March 5.