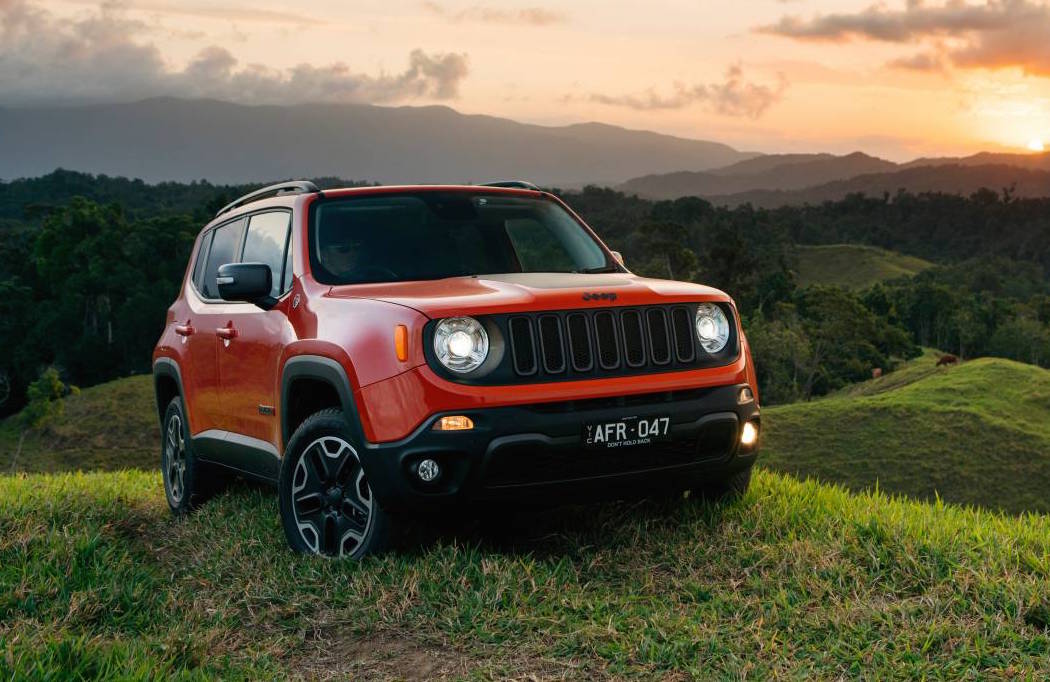 The Jeep Renegade has been officially launched in Australia, ready to compete in the increasingly popular compact SUV market segment. 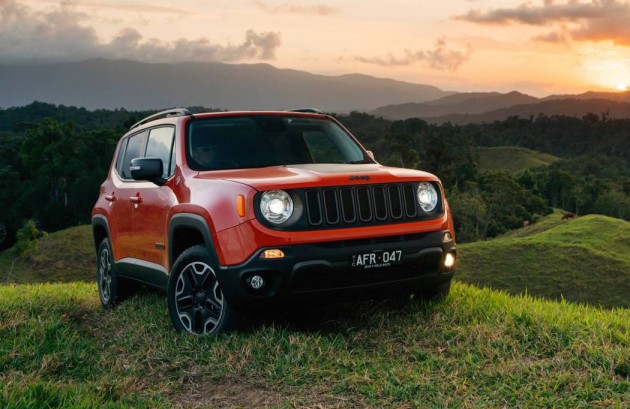 Four main models lines are being introduced locally, spanning from the Sport, Longitude, Limited, to the range-topping Trailhawk. These are divided up by three different engine options, with most featuring a new six-speed DDCT transmission.

Starting at the entry end, the Sport is available with either a 1.6-litre Etorq engine producing 81kW and 152Nm, paired exclusively to a five-speed manual transmission with front-wheel drive.

Stepping up to the Longitude gets you the 1.4 MultiAir engine with the dual-clutch auto. It is also front-wheel drive, but comes equipped with 17-inch alloy wheels, auto wipers and headlights, blind-spot monitoring, and a six-speaker stereo.

The Limited gets the 1.4 as well, with front-wheel drive, adding a 6.5-inch Uconnect touch-screen with sat-nav. The driver also gets a 7.0-inch digital instrument cluster, while 18-inch alloy wheels and a nine-speaker stereo are standard. 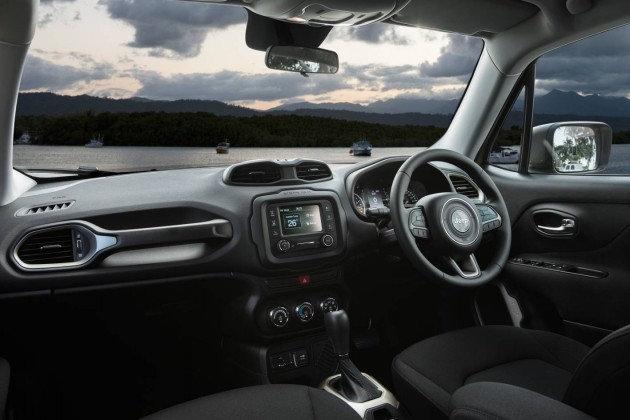 Lastly, the Trailhawk is for the really adventurous buyers. It comes with a 2.4-litre Tigershark engine producing 129kW and 230Nm, along with a nine-speed automatic and all-wheel drive. Standard features include Jeep’s Selec-Terrain system with adaptive settings, special underbody protection for off-roading, 17-inch off-road wheels, and a leather upholstery.

For compact SUV enthusiasts, the new Renegade is set to be one of the most capable off-roaders in the class, in Trailhawk form. It’s expected to be quite a popular seller too. Prices start from the following (excluding on-roads):