The guys at Saleen – Ford tuning specialist and manufacturer – have revealed a preview of their latest vehicle project at the Los Angeles Auto Show in the US. Called the Saleen Mustang 351, the super coupe comes with a 351 cubic-inch supercharged V8. 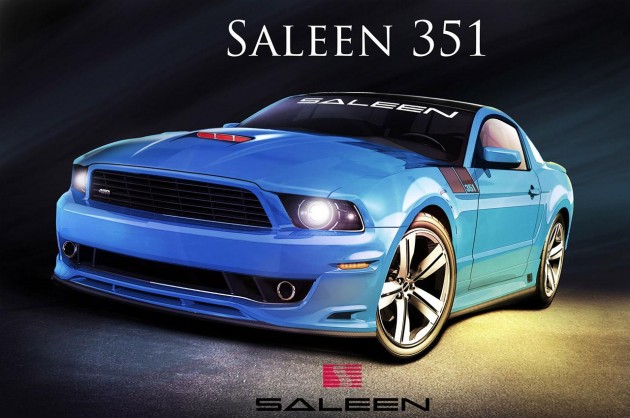 The new model will sport a number of distinguishing highlights, such as an F1-style taillight, a bonnet scoop that features its own butterfly valve for full-throttle acceleration, and a carbon fibre bodykit and rear diffuser.

At the heart of the Saleen Mustang 351 is a 5.8-litre supercharged V8 producing a whopping 522kW of power and 887Nm of tyre-shredding torque. It’s matched up to a six-speed manual transmission, feeding power through a beefed up clutch and into a 3.73:1 final drive differential.

Performance figures haven’t been tested yet as this car is yet to hit production. Judging by the specifications though you can easily imagine this will be one quick machine.

Other highlights include a set of 20- by 9-inch front and 20- by 10-inch rear alloy wheels hiding a set of 15-inch multi-piston brakes. There’s also a smattering of unique badges and logos inside and out. Al Wagner, V.P. of Engineering at Saleen, recently spoke about the upcoming model, saying,

“Everything about this project has been mindful of the goal to create the most potent Mustang on the market. I think we have certainly pushed the bar in the production Mustang segment with our 351 offering.

“Once the project came together I couldn’t help but thinking; if the 302 mustang is using a coyote engine, the 351 is definitely the gray wolf of the class.”

The new model is expected to be available for order in 2013.