The Audi Crosslane Coupe Concept has been unveiled at the 2012 Paris Motor Show in France, giving us all a preview of the styling language to be used on the upcoming Audi Q2 compact SUV. 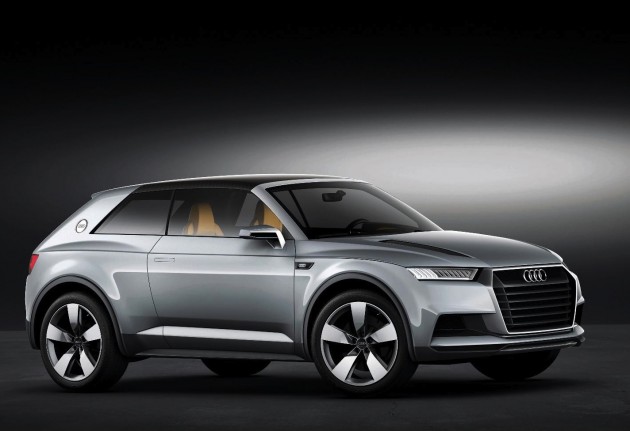 Although the Audi Q2 is yet to be announced, Audi is looking to introduce a small SUV, like a jumped up version of its A1, next year. The new model would go up against the likes of the MINI Countryman.

The Audi Crosslane concept car gives us a preview of not only the Q2’s styling, but also a preview on the company’s upcoming design language which will eventually be applied to all its new vehicles. 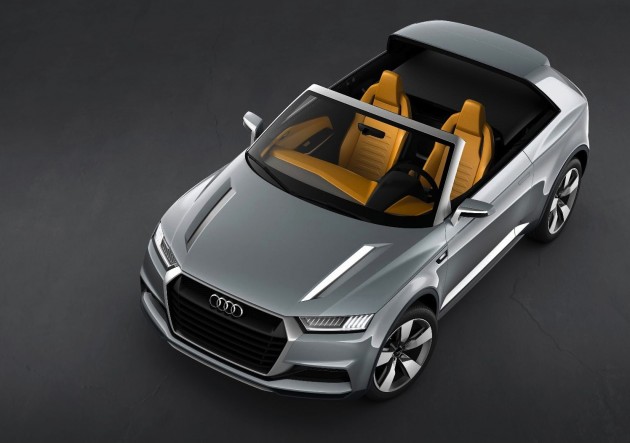 The super-slim headlights give the four-ringed face a more modern touch, while the large hexagonal grille is expected to be a trademark element on future Audis as well.

Obviously some aspects from the Crosslane aren’t likely to make production, such as the lack of a B-pillar. In concept form it provide a wide-open in-cabin environment, like a straight convertible.

Power for the Crosslane Coupe comes from a plug-in hybrid powertrain made up of a 1.5-litre TFSI turbo three-cylinder petrol engine and two electric motors. Combined, the layout distributes 130kW to the wheels.

The sophisticated setup allows for two driving modes; hybrid and full electric. In hybrid mode the Crosslane is able to cover 0-100km/h in 8.6 seconds, while in electric mode it’s covered in 9.8 seconds. This type of powertrain is also likely to make production in the coming years.

As for looking after the environment, the Crosslane Coupe has an overall fuel economy rating of just 1.1L/100km. In electric mode it uses no fuel at all and has a driving range of 86km.

As previously reported, Audi is looking to drastically reduce its overall showroom carbon footprint and will introduce an electric or at least part electric version of every vehicle in its range by 2020.