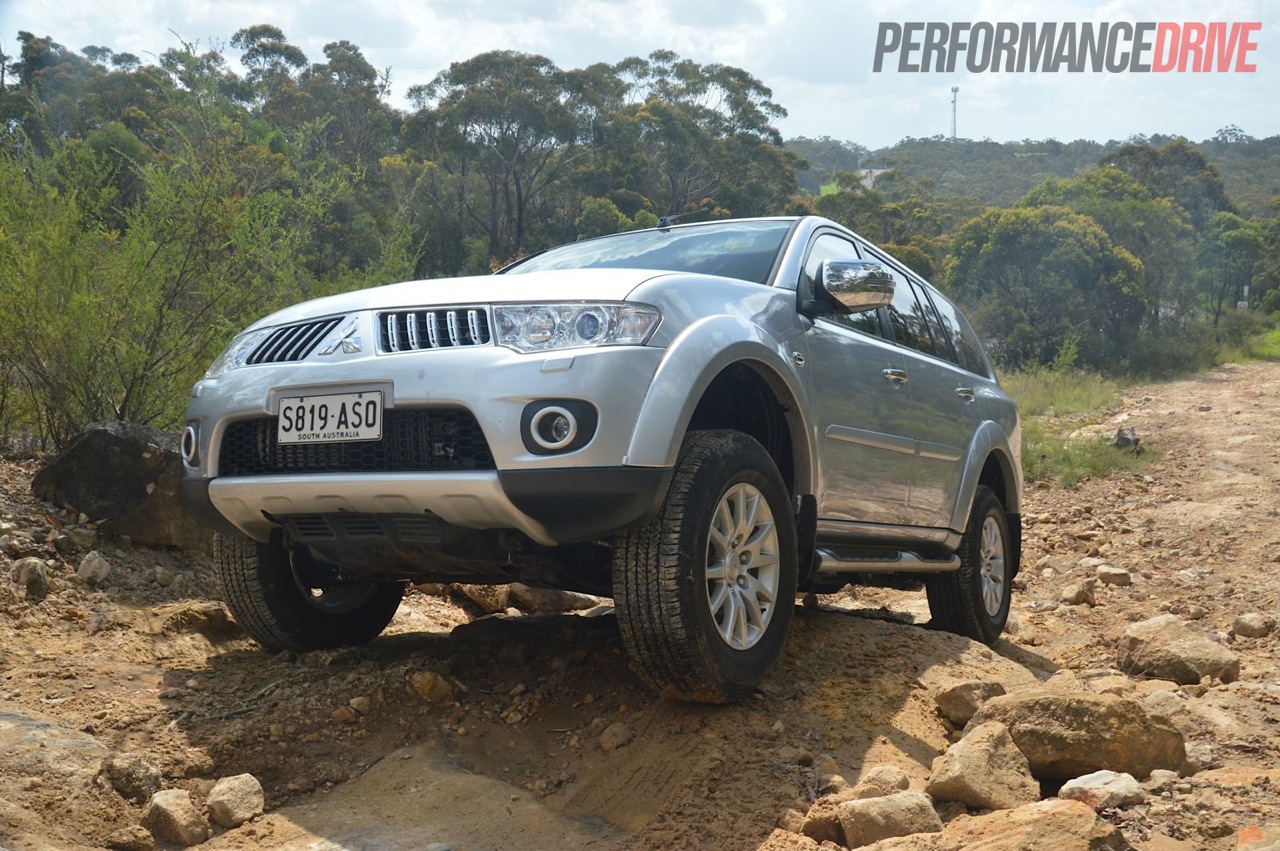 Have you ever tried really hard to fail only to be let down by success? We have. It’s a strange feeling. A feeling of satisfied disappointment. It’s how we felt when we repeatedly tried to get the 2013 Mitsubishi Challenger XLS stuck while off-roading. 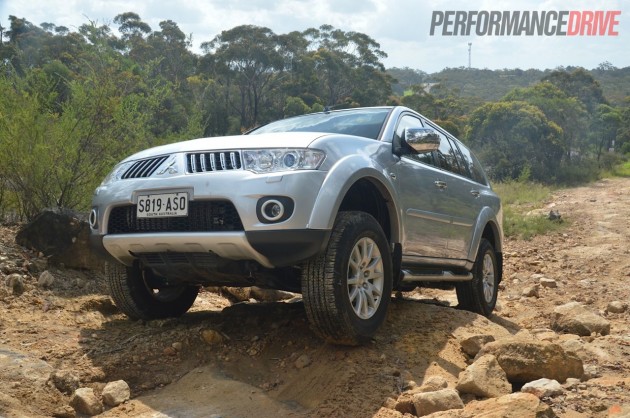 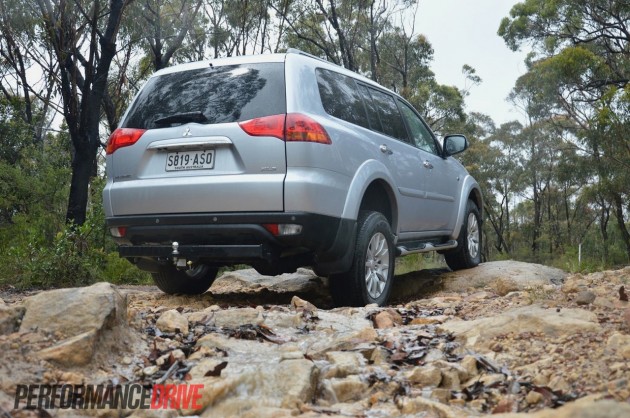 The 2013 model Challenger is a slightly revamped version of the second-generation which first went on sale in 2008. Like the original, launched back in 1997, the 2013 version is largely based on the Mitsubishi Triton ute. It features the same underpinnings and suspension fundamentals, and similar overall dimensions.

Where it differs from the rugged workhorse is inside. Especially this top-shelf XLS variant. It’s a luxury SUV with respectable levels of comfort and pampering features. Underneath though, it’s still an off-road beast ready for anything. It also offers the same three-tonne towing capacity as the Triton.

Power comes from a 2.5-litre turbo-diesel four-cylinder, in all 2013 variants. The engine is the same unit you find in the Triton, producing a fairly content 131kW of power and 350Nm of torque. Strangely, the manual versions (only available in the entry-level models) offer 400Nm.

Mitsubishi is now offering two-wheel drive variants of the Challenger too, but the XLS is only available with a comprehensive part-time four-wheel drive system with low range and centre and rear differential locks. 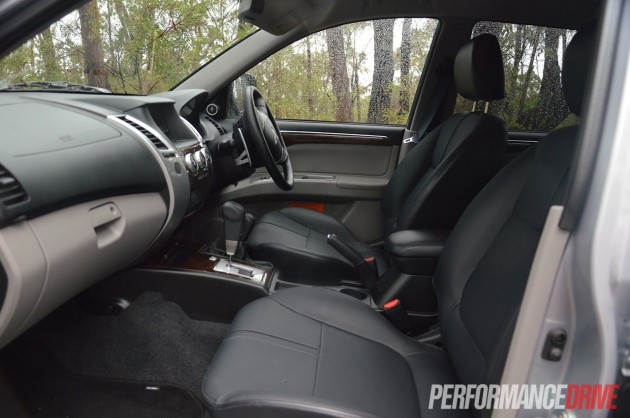 Some might call the Challenger a bit crude, a bit too heavy duty, but one way to look at it – a glass-half-full attitude if you will – you get the rugged industrial-strength capabilities of a ute, in a go-anywhere five-seater family wagon.

Okay, so it’s not the most luxurious SUV out there. That said, it still offers a compilation of leather, wood-like trimmings, and a relaxing multi-tone decor with mostly electric adjustable appointments such as the front seats and all windows.

Like the Triton, the Challenger offers a commanding high-riding driving position, reminding you of its tall underpinnings. For family buyers who are after this kind of perceived sense of increased safety, the Challenger is ideal.

Sitting in the front is quite comfortable, perched up in a somewhat shapeless yet pleasant set of chairs. There’s lots of headroom too, and an airy cabin and dash layout free of intrusive, complex, or bulky bits of furniture.

The driver’s foot well is still a bit confined like the previous models, but with the automatic transmission there is room to rest your left leg.

There are some storage cubby holes around the place, with drink holders and a place for your mobile phone around the hand brake and centre console area. A reasonably-sized storage bin in the middle provides added space, and doubles as a relaxing arm rest.

Sitting in the back, passengers do experience a bit of a bouncy ride due to the live-axle suspension, however, the rear bench is cushy and legroom and headroom is plentiful. Legroom is a particular standout for this class. 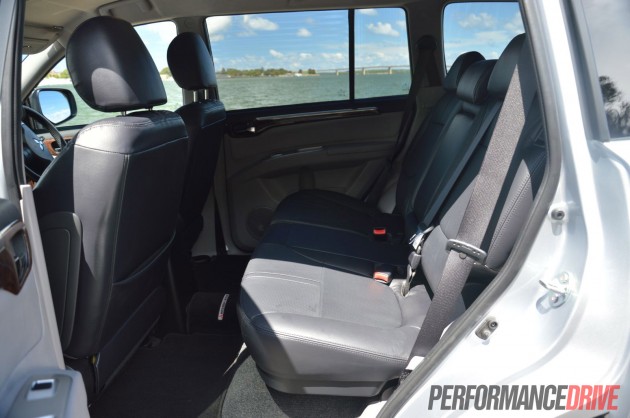 As for on-board entertainment, the XLS misses out on a multimedia touch-screen, instead, it makes do with a decent eight-speaker audio system – there is no option for satellite navigation.

A very cool and useful trip computer sits atop the dash. Although the pixelated readouts do seem a bit 1980, the system is capable of showing you your current elevation, the outside humidity thanks to an on-board barometer, and all of the usual stuff such as outside temperature and fuel economy.

In the very back, the Challenger offers a maximum of 1813 litres of space with the rear seats folded flat. The seats operate on a user-friendly fold up mechanism and allow for a completely flat cargo area . You could use the Challenger as a ute in some ways, depending on how clean you like to keep your car. 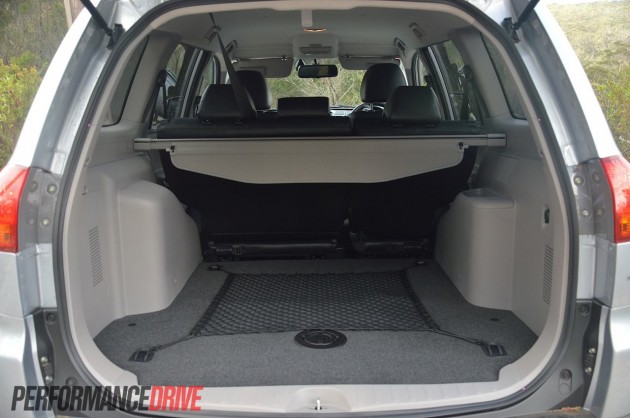 Like many modern-day Mitsubishis, the Challenger shows off the company’s distinct design language, with a sharper front end than the first generation model, presenting a modern and complex character that also has a bit of attitude about it.

The interior design isn’t likely to win any awards, but it’s highly functional with most controls placed neatly on the dash. There are two silver sections of the dash to give it a modern look with some fake wood trimmings reiterating at least some aspiration towards prestige.

The XLS comes with eight airbags, stability and traction control, ABS, front and rear mud flaps, a cargo blind, side steps, steering wheel controls, and automatic headlights as standard. Although ANCAP hasn’t specifically tested the Challenger, it has tested the Triton and gave it four stars out of five. ANCAP says, 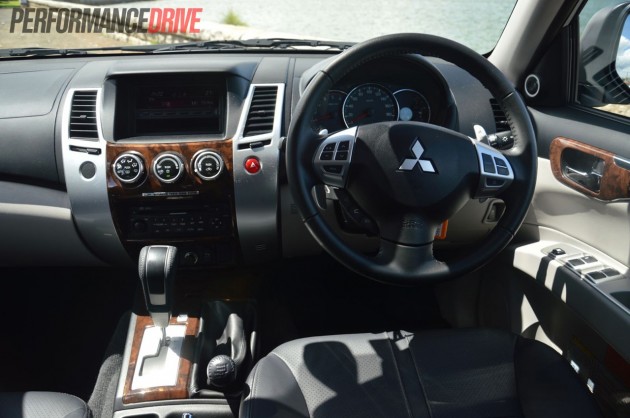 2013 MITSUBISHI CHALLENGER XLS – ON THE ROAD

On the road is not exactly the Challenger’s natural habitat. It feels as though it enjoys being out on the highway more than it enjoys zipping around through city streets. The suspension performs adequately on most country roads and highways, but it does tremour and vibrate if you encouter some mild to decent undulations along the surface.

Leaning into corners is where things go a bit nervous. Obviously it’s no performance vehicle for the tarmac, but even still, body roll is rather evident and the steering feels pretty lifeless in comparison to its rivals. We envisage a dog trying to balance its four legs on a single roller skate when thinking about the Challenger’s handling. It’s a bit too top-heavy to enjoy a leisurely drive through a national park, for example.

In terms of engine performance, the turbo-diesel four-pot offers class-matching power and torque. The five-speed transmission feels well-matched to the engine, making the best use of the 350Nm that are presented to it.

We timed 0-100km/h in 12.1 seconds, which is around the same sort of time you can expect from the diesel Ford Territory and Holden Colorado 7. 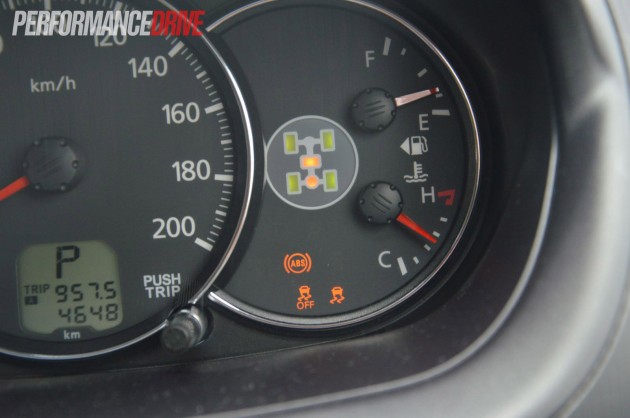 2013 MITSUBISHI CHALLENGER XLS – OFF THE ROAD

If you’ve come straight down to this section of the review, this is the right vehicle for you. It’s so confident, capable, and complacent off the road, we were genuinely hard-pressed to find a weak spot during our test.

On difficult terrain, in the wet, with slippery rocks and tree roots, the Challenger conquers it all. Although we didn’t get a chance to snap a lot of decent images to show you the sort of conditions we tackled, there were no sections that were too tough for the car, including some really technical trails that we found. 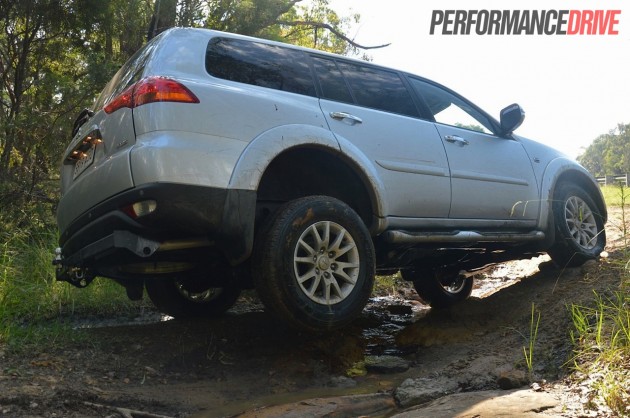 Up a steep rocky hill, the 220mm ride height allowed us to climb up and over very easily without the chassis or body scrubbing out. On a very slippery stepped section, in the rain, we did experience some inside wheelspin on one of the rear wheels, however, this was before we engaged the rear differential lock.

With the centre diff lock effectively welding the front and rear wheel speeds together, in exact synchronisation, and with the two rears locked together as well, no wheel is able to spin away any torque. This means you can clamber over pretty much anything that will fit underneath it. 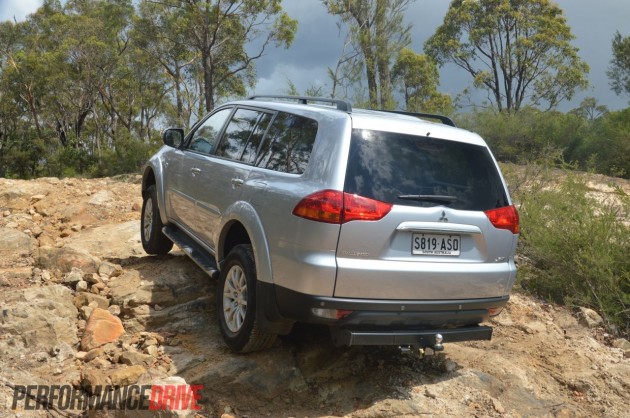 The approach angle of 36 degrees and departure angle of 25 degrees hardly limits your or its exploring potential, but about the only aspect that might let you down is the tyres.

Overall, the Challenger is an outstanding off-road performer in our opinion. It’s a real 4×4.

The only issue we find with the Challenger XLS is simply it’s attitude. On one hand it’s a very capable, proper off-road machine with industrial-strength running gear and underpinnings, but on the other hand it’s a luxury SUV.

If you’re interested in buying the Challenger XLS because you think it will be a nice luxury highway cruiser, we think you’ve miss-interpreted it. It’s a workhorse garnished with prestigious aspirations.

An excellent workhorse, and one that really knows what it’s doing when the going gets rough, but unless you’re spending most of the time off the road, or at least planning to be more outdoorsy, there are some other options on the market worth looking deeper into. 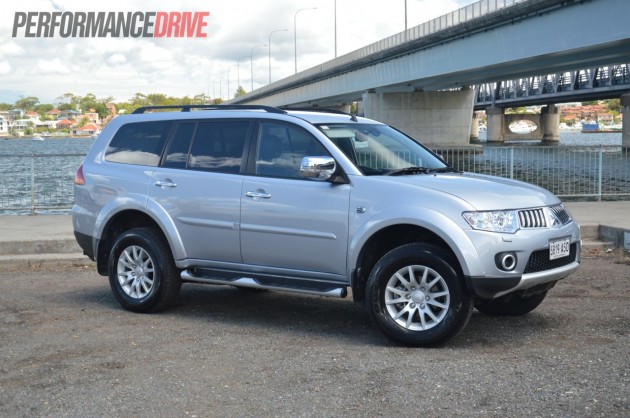 Toyota FJ Cruiser – 4.0-litre V6 petrol (no diesel option), 200kW/380Nm – 2000kg – $47,990
One of the only proper 4x4s on the market with one clear focus; to take five passengers over and through anything they desire. 36- and 31-degree approach and departure angles, 224mm ground clearance. Now with a massive 159-litre fuel tank providing a potential range of 1400km. It does chew an official 11.7L/100km though, which means you’ll probably develop a massive hate for fuel stations.