Mugen and Honda have released some details on their new Mugen Honda CR-Z Super GT race car that will compete in this year’s Japanese touring car championship. 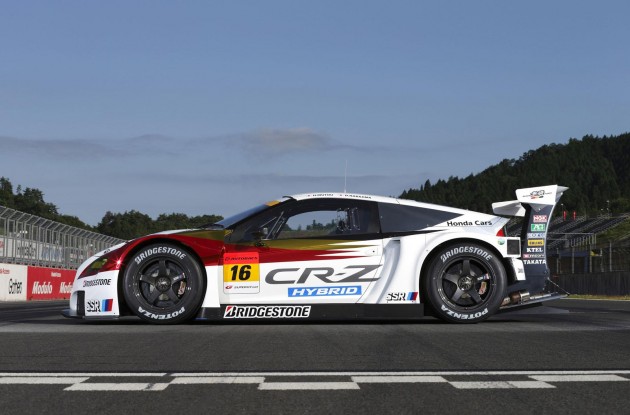 In its standard form, the CR-Z (review here) is a very sporty little coupe with a fuel efficient hybrid powertrain. It is seen as a spiritual successor to the old Honda CR-X of the Eighties and Nineties.

Fitted with a full Super GT kit transforms the friendly coupe into an angry Batmobile-looking weapon. It gets a completely new body incorporating a wider track with heavily bolstered wheel arches, a chunky rear end with a centrally mounted wing, as well as a new sharp and low nose. 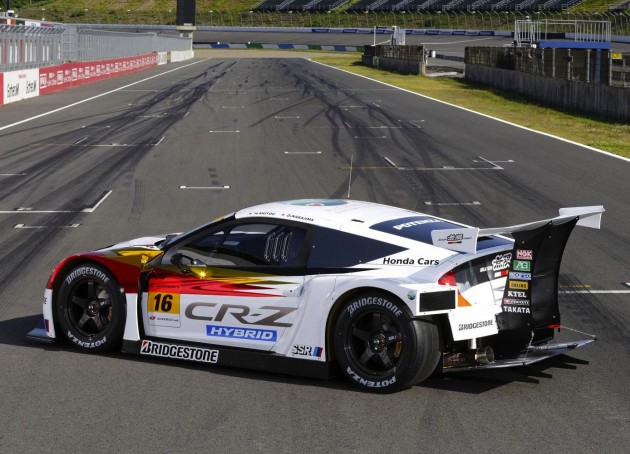 Power doesn’t come from a 1.5-litre four-cylinder and electric motor system, like the road car. Instead, it gets a 2.8-litre twin-turbo V6. A specific output has not been revealed, but in falling within Super GT GT300 regulations it will produce just under 300hp (224kW).

With much of the car made up of carbon fibre, the Mugen Honda CR-Z Super GT racer is light in weight, tipping the scales at 1202kg.

The car will make its racing debut in round four of the Super GT series, on the weekend of July 28 and 29. Take a look at the video below for a quick preview.