McLaren Special Operations, the team behind the stunning MP4-12C and F1 projects and the Project Alpha options for the MP4-12C, has announced it will be unveiling another very special model called the MP4-12C Singapore Edition. 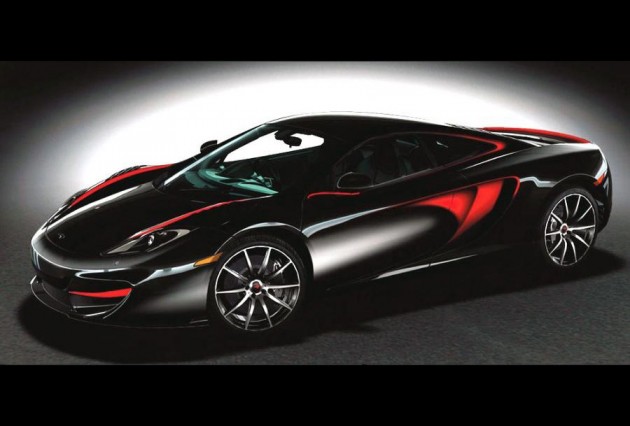 Full details will be unveiled this weekend at the Singapore F1 GP, however, an image of the new model has been shown on the invitation to the event giving away some clues. It shows the special edition will go for a dark theme with red highlights, almost in tune with the Vodafone-Mercedes F1 car.

As far as we know, there are no power upgrades for the MP4-12C’s 3.8-litre twin-turbo V8 engine. In standard form it produces 460kW, matched up to a seven-speed dual-clutch automatic transmission.

It’s understood the unique model will come with the Fire Black and Rocket Red paint scheme, as well as new lightweight alloy wheels, and a reupholstered interior in the same tones.

Just three examples will be made, and there’s reports that two of them have already been accounted for. The edition will no doubt be one of those ultra-rare collector’s classics in the future.