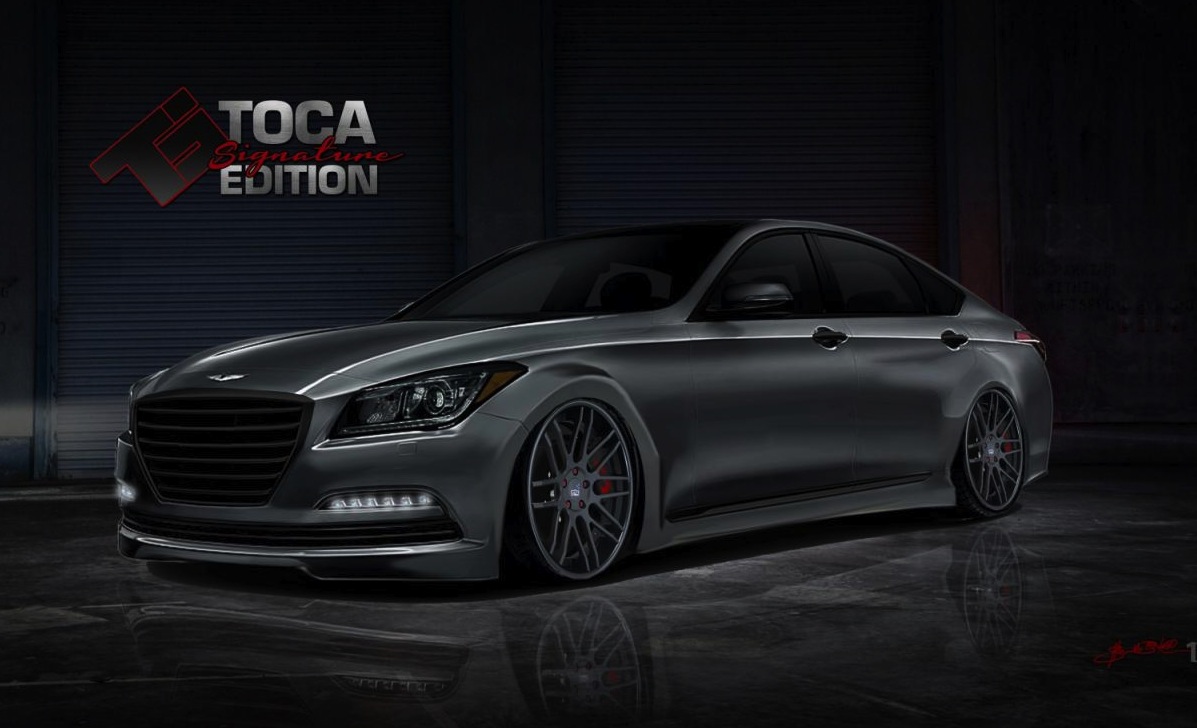 Hyundai always has a big presence at the SEMA aftermarket show in Las Vegas, and this year will be no different. The company has partnered up with Toca Marketing to create a unique one-off show car based on the new Genesis sedan. 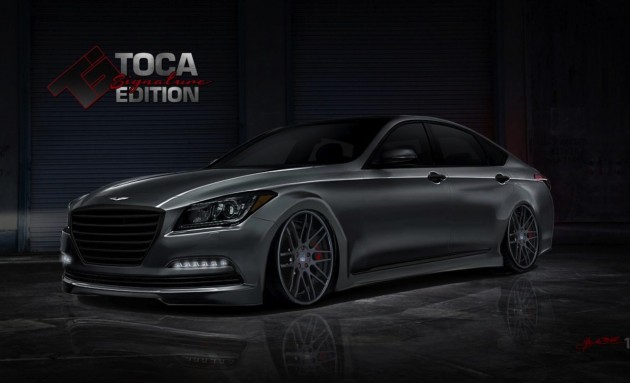 The project is called the Genesis ‘Steel Phoenix’ and it sees the sleek new sedan tuned from almost every angle. The styling is drastically modified via a wide-body bodykit with pumped wheel arches, while at the back is a carbon fibre race-like diffuser.

Inside, there’s a full Nappa leather interior planned with suede sections for a touch of class. Various aluminium trimmings and carbon fibre inserts further separate it from the road-going counterpart, with a pumping Rockford Fosgate audio system providing the tunes.

Now for the juicy part. The team decided to use the 5.0-litre ‘Tau’ V8 as a base and worked from there. The plan is to incorporate a twin-turbo kit using Garrett turbochargers, with wasted gas exiting via an Ark Performance exhaust system. Power is set to peak at around 447kW.

To help the otherwise luxury-focused sedan cope with all that power there’s going to be a AirRex digital air suspension system installed, as well as a set of eight-piston front brakes and six-piston rear brakes from Neo Motorsport. John Toca, founder and owner of Toca Marketing Group, said,

“The main focus of this build was to zone in on the luxury aspect, while improving performance in parallel. Although I wasn’t overly concerned about pushing crazy horsepower numbers, the custom-fabricated twin turbo setup adds 180 horsepower over the stock motor.”

Topping it all off is a set of 21-inch COR three-piece alloy wheels wrapped in high-performance Toyo tyres. The finished product will be on display at the SEMA Show which runs from November 4-7. Stay tuned for updates.

Hyundai Australia has confirmed the 2015 Genesis sedan will go on sale locally, however, Aussie buyers won’t get the range-topping V8. Instead, a 248kW V6 with rear-wheel drive will be offered.