A German tuner called Loder1899 has come up with a rather flamboyant styling kit for the spunky new Range Rover Evoque. It features huge pumped wheel arches and a two-tone colour scheme. 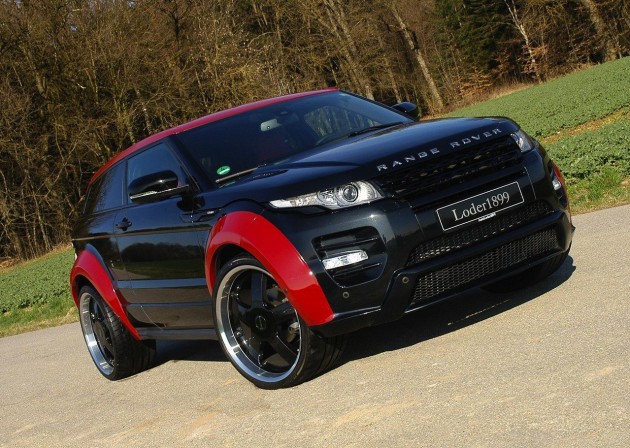 The Range Rover Evoque is a hot SUV at the moment, and has already picked up a string of awards – including the 2012 North American Truck of the Year, and more recently the 2012 World Car Design of the Year.

The Loder1899 Range Rover Evoque styling package – which has been given the nickname ‘Horus’ named after an Egyptian god – gives the Evoque a much more aggressive look. The first thing you’ll probably notice is the fat, pumped wheel arches painted in red to match the red roof. 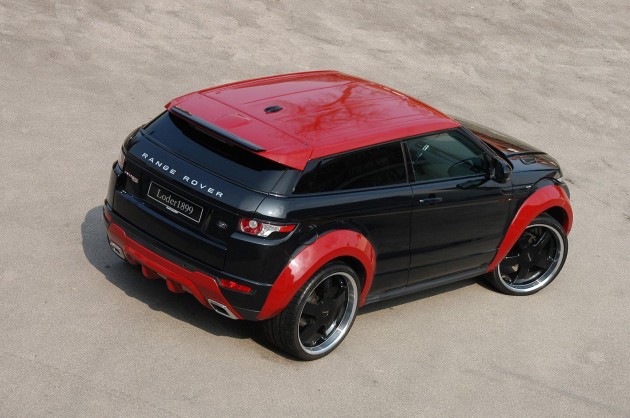 These arches are not only for looks, they help to contain the massive 23-inch Elements IV alloy wheels measuring 11 inches in width. The wheels are wrapped in Michelin Pilot Sport 315/35R23 tyres, and sit up in the guards thanks to a lowered suspension kit.

It certainly looks mean. What do you think? Maybe a different colour combination?