Porsche has announced that its upcoming hypercar, the Porsche 918 Spyder, has set an official Nurburgring lap time of 7:14. The time was achieved by a prototype which had the optional ‘Weissach package’. 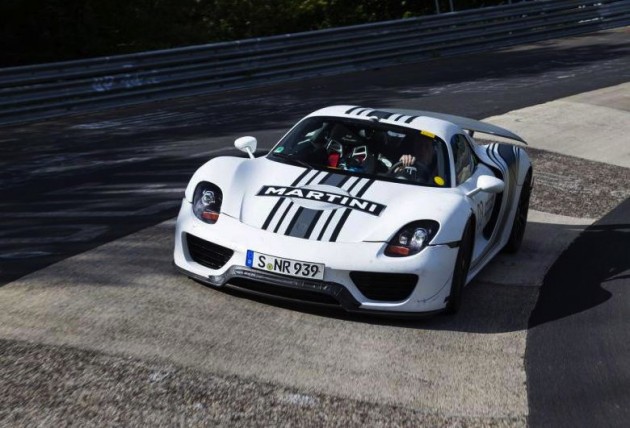 Official details aren’t yet clear, however it’s understood the Weissach package will be available on the production model. The pack is expected to bring things like racing-style brakes, harness seat belts, and some weight reduction to optimise the already epic 918 Spyder’s track potential.

Definite production engine specifications are still under tight wraps for the moment. As far as we know the hypercar will come with a 4.6-litre V8 engine with the assistance of two electric motors. Combined power is expected to be around the 597kW mark, as previously reported.

The 918 is set to go on sale during the end of 2013. Prices are of course likely to be very high, being the company’s super flagship model. 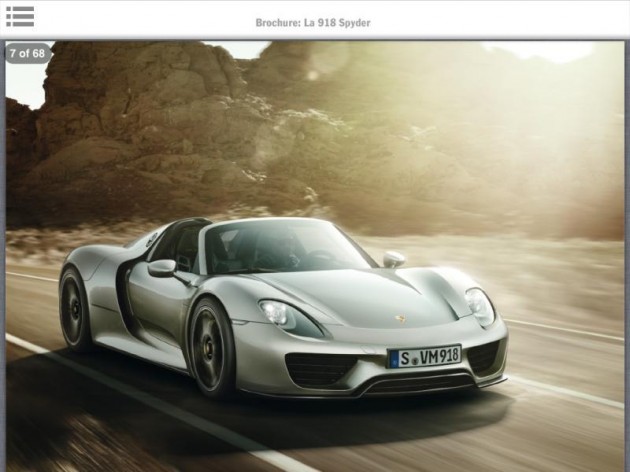 In other 918 related news, possible brochure images of the production model have leaked online. The images seem legitimate with the 918 featuring number plates.

Click play below for a spy video of the car being flung around the ‘Ring.