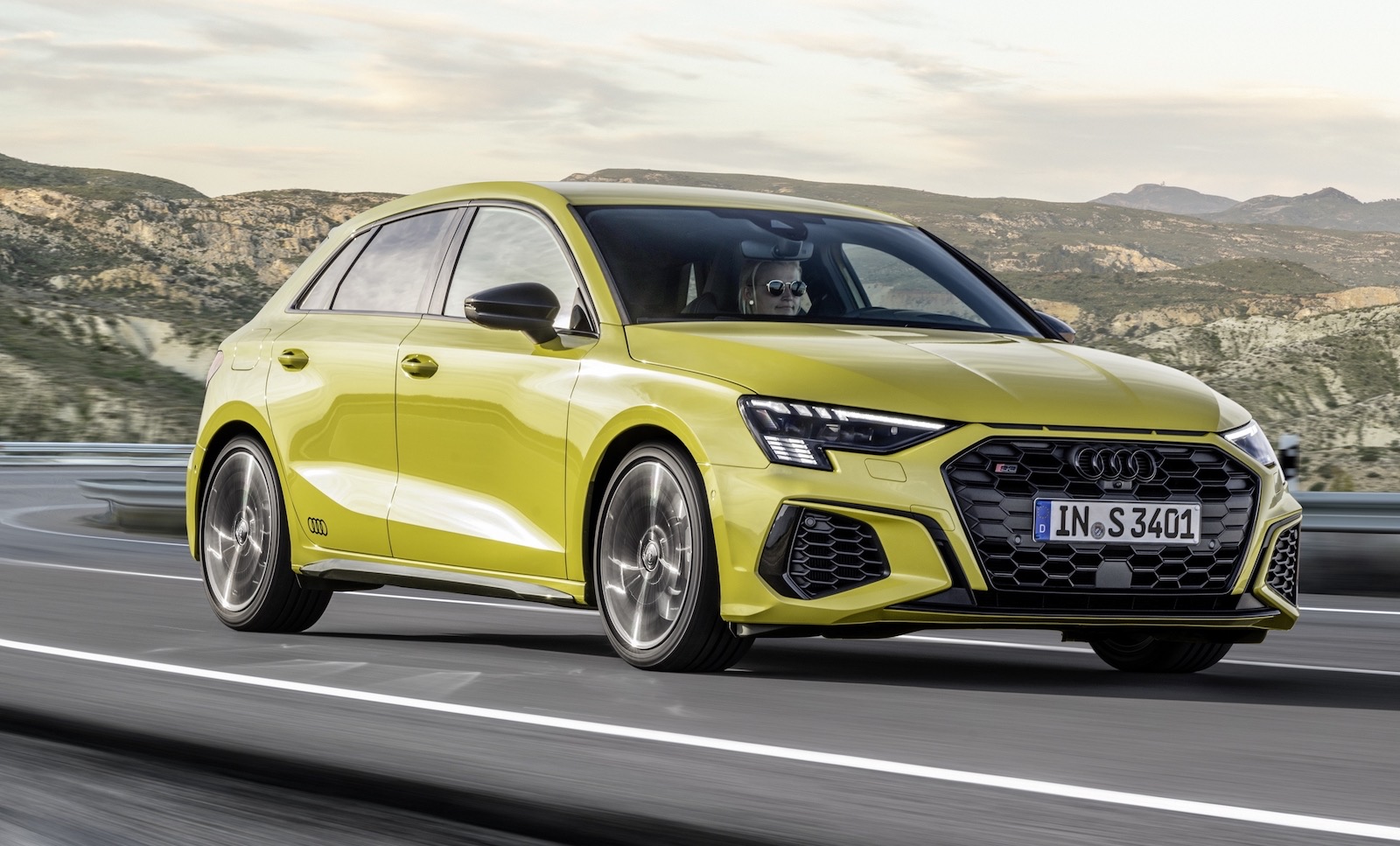 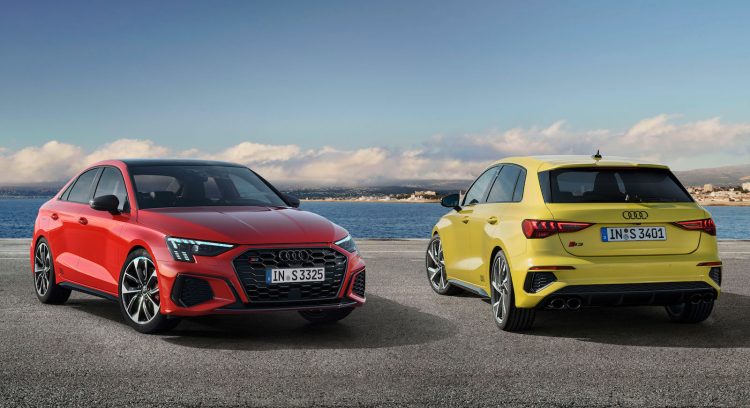 The exterior shows off an iteration of Audi’s latest single-frame front grille in a large rhombus layout, as seen on the fourth-gen A3 revealed in March. It’s supported on either side by fresh LED headlights, and buyers will be able to option up to clever Matrix LED units.

Further back, the wheel arches go for a more chiselled and more defined shape, with a shoulder line flowing through from the headlights to the taillights. Audi says this is a new element of its design philosophy, emphasising on the wheel arches. Trademark aluminium side mirrors continue, with a quad-outlet exhaust system enveloped by a neat diffuser at the back. 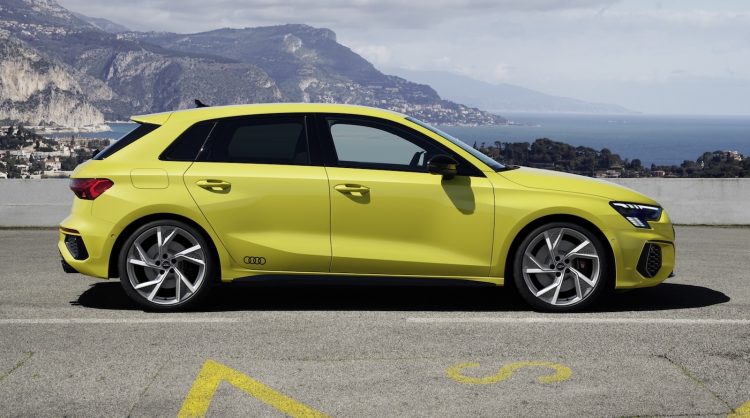 Under the bonnet, power comes from an updated 2.0-litre turbo-petrol four-cylinder engine that produces 228kW (310PS) and 400Nm. The engine is connected up to a seven-speed S tronic dual-clutch auto transmission, helping to see 0-100km/h done and dusted in a claimed 4.8 seconds for both body styles.

Harnessing that power is of course Audi’s famous quattro all-wheel drive. It has been revised from the previous setup though, as previously confirmed, featuring new modular dynamic handling control management system and new torque distribution mechanism. 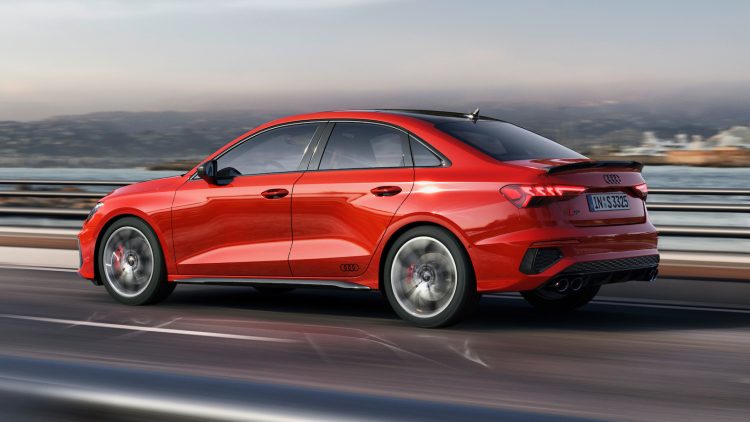 Also helping with handling is a sports suspension setup which lowers the ride height by 15mm. A four-link arrangement holds the rear end, while progressive steering ensures engaging and responsive turning. Audi confirms there will be a Vorsprung variant launching a bit later (in the UK at least) which adds adaptive dampers.

Taking a look inside, Audi has, as usual, presented a stunningly modern and crisp environment once again. A 10.25-inch digital display provides the driver with all vital information (optional 12.3-inch unit), with configurable displays, while the dash showcases a 10.1-inch touch-screen running Audi’s latest MMI Navigation Plus system. It includes Google Earth maps, fast LTE Advanced connectivity, and Android Auto and Apple CarPlay. 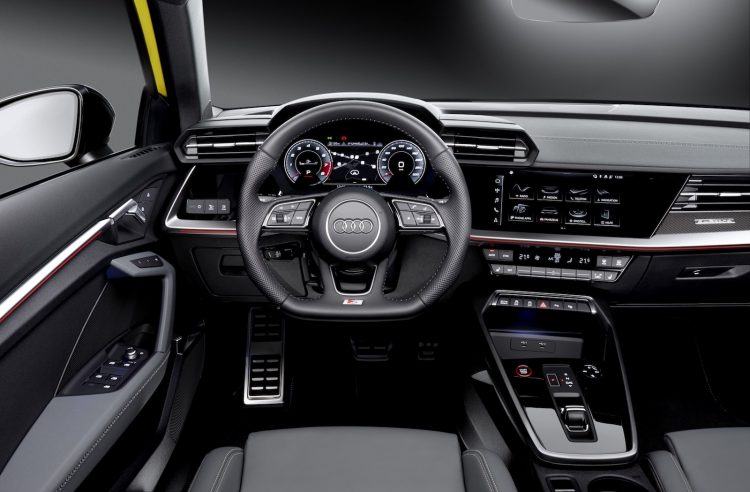 Passengers are treated to a Nappa leather upholstery with sports seats in the front, and thanks to the new body and design, there’s now more space. Specifically, Audi says the new Sportback is 30mm longer while the sedan is 40mm longer, and both are 30mm wider. Boot space is measured at 325L for the hatch and 370L for the sedan.

The 2021 Audi S3 is available to order in Europe from this week. Australian details are yet to be confirmed, but we will update this story when we hear more.

UPDATE: Audi Australia has sent out a statement regarding local details:

“The new Audi S3 Sportback and Audi S3 Sedan are expected to arrive in Australia in the second-half of 2021. The two models will feature the full 228kW/400Nm output from the 2.0 TFSI engine. Further information on pricing and specification details will be announced closer to launch.”