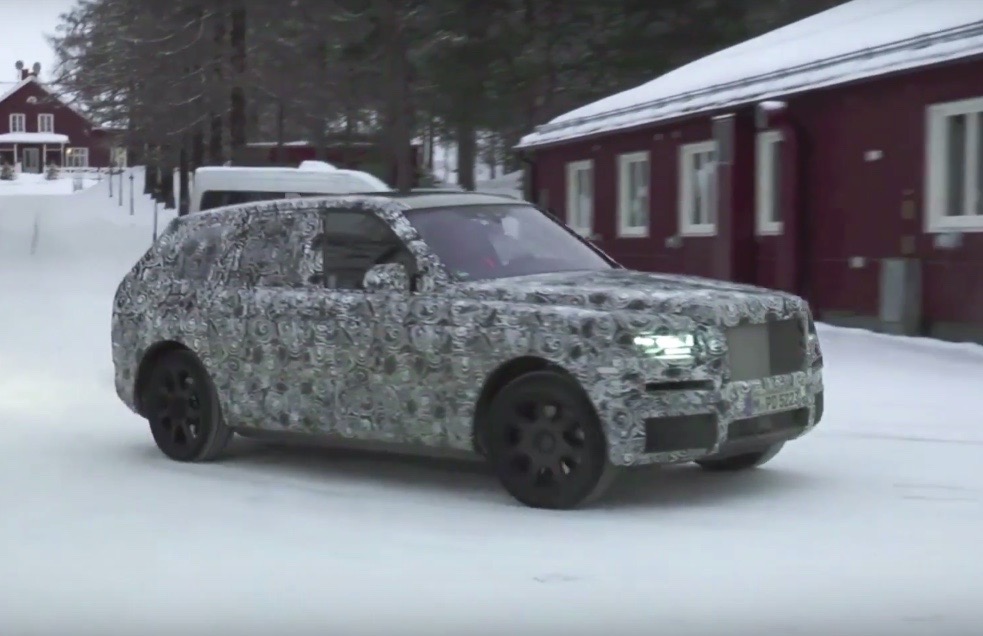 A prototype version of the upcoming Rolls-Royce Cullinan SUV has been spotted during winter testing in Sweden, sporting a massive tank-like body. 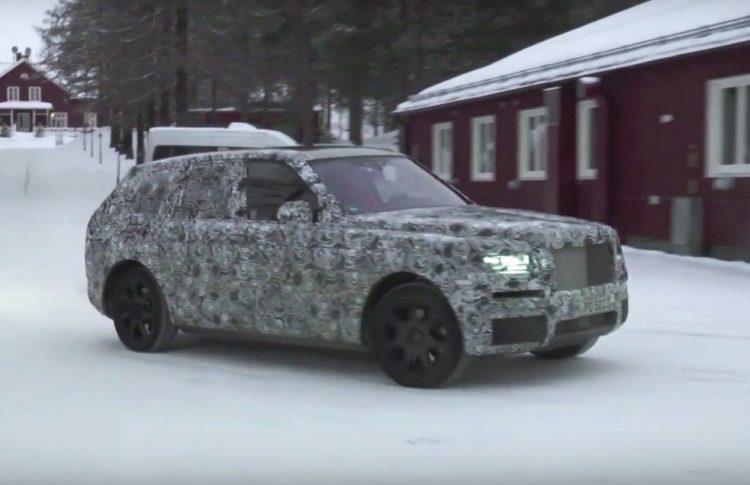 In prototype form the Rolls-Royce SUV looks like a wagon version of the Phantom that’s also been raised up for more ground clearance. However, this is just a prototype and it could look completely different once it hits the market.

Underneath it all is set to be the company’s rigid new platform made with plenty of high-strength yet lightweight aluminium. Even so, the off-road land yacht is expected to be a hefty beast.

Power is likely to come from parent company BMW, or more specifically its 6.6-litre twin-turbo V12. In the BMW M760iL the unit churns out 448kW and 800Nm. This could be tweaked to separate it from BMW models.

For the moment the Bentley Bentayga stands in as the most luxurious and fastest SUV on sale. The Rolls’ is set to top it in almost every pampering way, including in comfort and potentially engine power.

Rolls-Royce is also currently working away on the next Phantom, VIII, which will also use the new platform. It’s believed the Phantom will debut first, later this year, with this SUV tipped for later in the year or in 2018. Click play to check out the SUV so far.