Images of Toyota’s new sporty compact SUV have leaked online ahead of its official 2012 Los Angeles Auto Show debut in just a couple of weeks. The 2013 Toyota RAV4 showcases an all-new look in the shape of the company’s latest design. 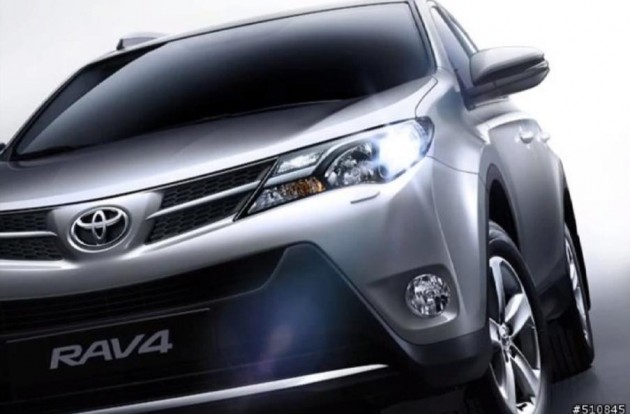 Looking much more modern and sharper than the existing model, the 2013 RAV4 features an inverted front headlight and grille section, also seen on many other new vehicles in Toyota’s showroom. 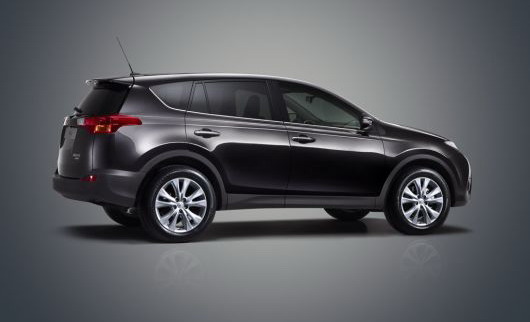 As you can see the angular headlights feature a more sophisticated layout incorporating projector-style globes. There also appears to be a more sporty roofline joining up to a roof/tailgate-mounted rear spoiler. 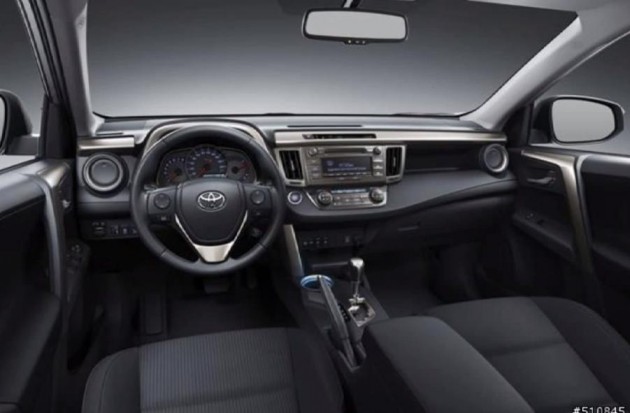 Inside, the 2013 Toyota RAV4 is smartened up considerably over the current model. A multimedia unit sits at the top centre of the new dash while symmetrical details surround it, with metallic trimmings. There’s also a sporty three-spoke steering wheel for the driver.

In terms of engines, details are still unofficial. The new model is expected to carry over the 200kW 3.5-litre V6 petrol for at least one of the variants.

The 2.5-litre four-cylinder petrol engine from the new Camry may also join the entry-level models, replacing the current 2.4-litre unit. In the Camry it produces 135kW, up 10kW on the current 2.4.

Full details will be revealed at the LA Show, starting November 30.