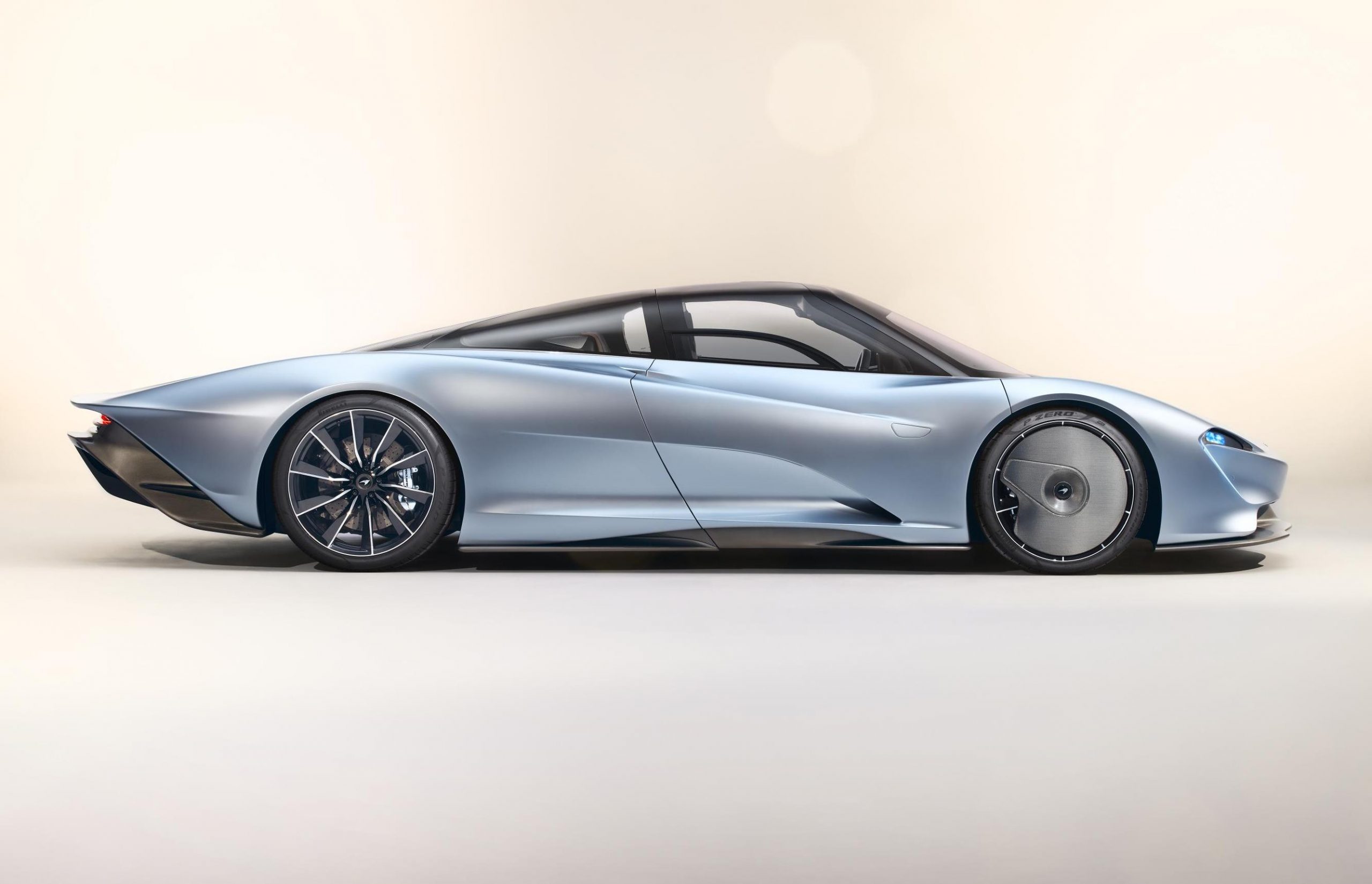 This is it. The new McLaren Speedtail. It has just been unveiled as McLaren’s fastest ever road car, surpassing the legendary McLaren F1 as the new top speed king. And you’d have to agree, it looks extremely fast just standing still. 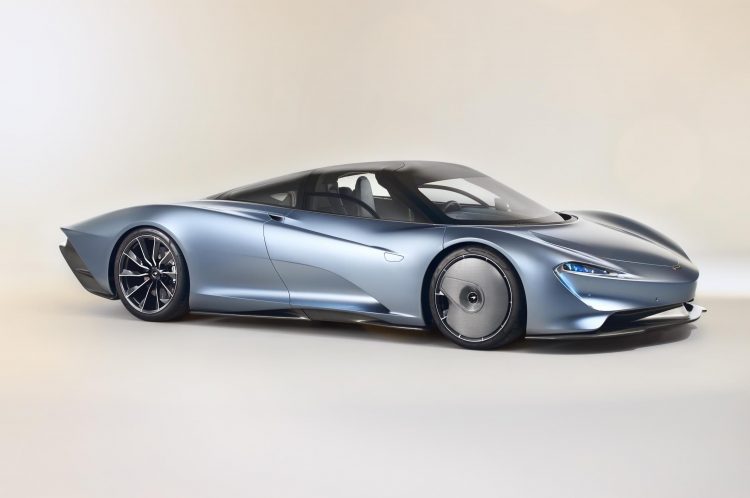 Just 106 examples of the Speedtail are going into production, and all have already been sold. It’ll definitely be an exclusive thing to see on the road, with its dramatic, low-slung exterior design. It suites its name perfectly. Check out the long and elegant tail, and the teardrop-style cabin area.

In the engine compartment behind cabin is a petrol-electric hybrid powertrain that unleashes an incredible 1050PS. That’s 773kW. In a car that weighs only 1430kg, it’s no wonder it is the new speed freak of the showroom. Across the tarmac the McLaren Speedtail covers 0-300km/h in just 12.8 seconds, while the magic figure we’re all looking for is 403km/h, or 250mph for the top speed.

This makes it the fastest road car McLaren has ever made, bettering the old McLaren F1’s top speed record of 391km/h. It’s also quite a bit faster than the last Ultimate Series monster, the McLaren P1, which could cover 0-300km/h in 16.5 seconds. 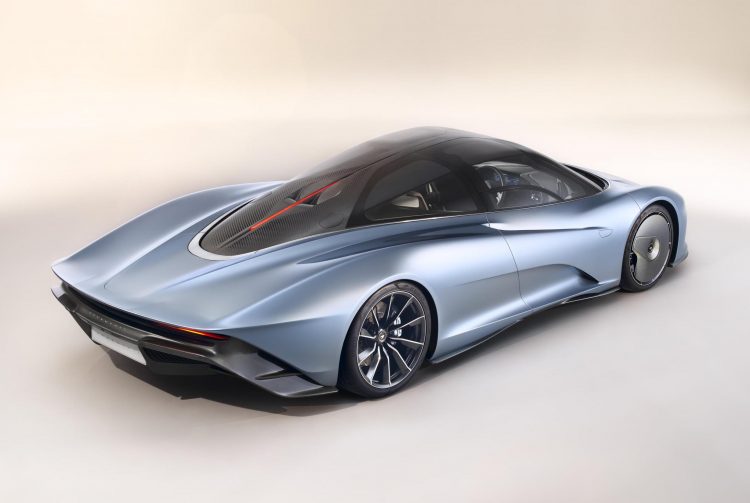 As you can probably tell, the essence of the McLaren Speedtail is its modern design. McLaren describes it as “breathtakingly sophisticated”, developed using the latest digital development technologies. Aerodynamic drag efficiency has been maximised, helping to optimise the acceleration and top speed.

McLaren says every aspect of the Speedtail was developed with a mission to reduce drag and maximise top speed. So, the Speedtail is narrower than the P1, but over 500mm longer. It measures a glorious 5137mm in length. Even with the low-slung design, McLaren engineers have been able to utilise Low-Temperature Radiators to keep things cool.

Airflow that doesn’t go in through the LTRs in the front is sent over the bonnet and into two subtle upper air intakes. It’s then sent through the body and around the wheel arches, and exited in lower door vents. McLaren says this level of attention to detail helps to reduce the volume of air travelling around the side of the car, thus reducing turbulence. Speaking about the epic hypercar, Rob Melville, design director at McLaren Automotive, said:

“The McLaren Speedtail is a vehicle unlike any other, not simply because of the astonishing visual drama, extreme speed and aerodynamic excellence that distinguish it, but because it sets unprecedented standards in technical luxury and bespoke customisation. The same boundless innovation and creativity that drives McLaren to push the limits of physical performance have challenged us to craft an exquisite interior defined by pioneering design and the absolute pinnacle of materials quality.” 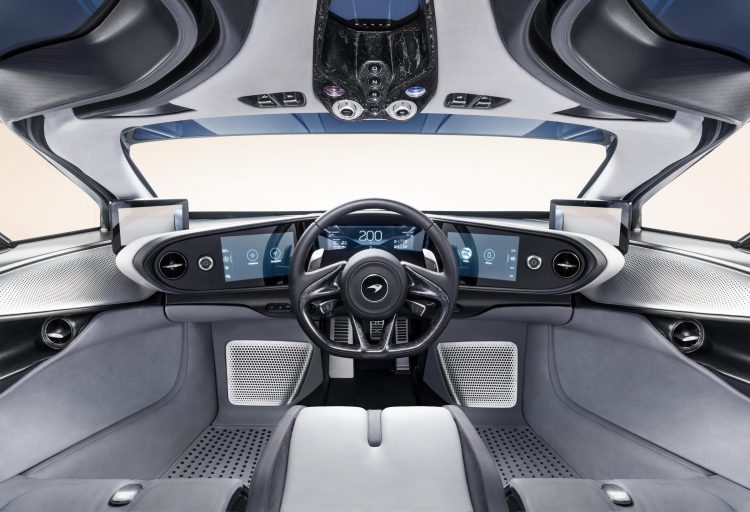 As for the interior, it’s just as spectacular as the exterior. The decor is minimalist but with the right amount of very advanced technology, with three digital screens for the driver. It’s all been designed to encompass the driver and the two outer passengers, and there’s a range of exquisite Scandinavian leathers making up the upholstery.

McLaren will begin rolling out production versions of the Speedtail during the start of 2020. As mentioned, all have been sold. Prices started at £1.75 million, and each example will go through McLaren Special Operations for personalisation treatment to cater for each owner.