Bentley has revealed the new 2012 Bentley Continental GT V8 ahead of its 2012 North American International Auto Show debut. This is the vehicle that Bentley released a teaser on last week, previewing sounds of the new 4.0-litre V8 engine. 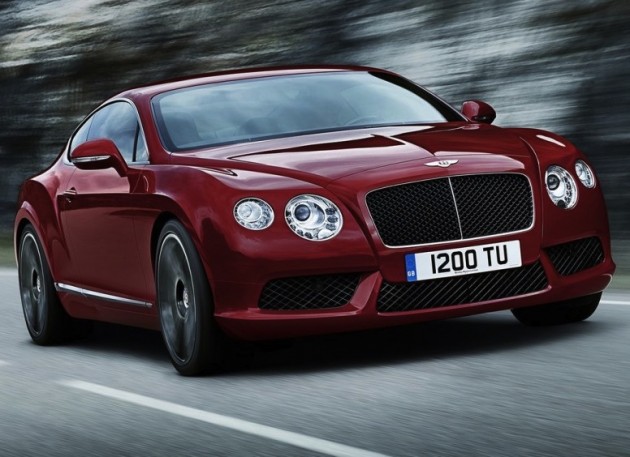 As previously speculated, the new 2012 Bentley Continental GT V8 features Audi’s 4.0-litre twin-turbo V8. It produces 373kW (bang on 500hp) and 660Nm of torque. It is less powerful than the outgoing entry-level GT, with its twin-turbo W12 that offers 412kW, but it will chew 40 per cent less petrol.

Bentley says it will release official fuel consumption figures closer to its unveiling, but says the new model is able to cover 800km on a single tank of fuel (holding back fuel tank capacity details).

The 6.0-litre twin-turbo W12 engine will be retained for the full-tilt top-shelf variants, offering a whopping 471kW (631hp). This engine will be available in the flagship GT and GTC variants. 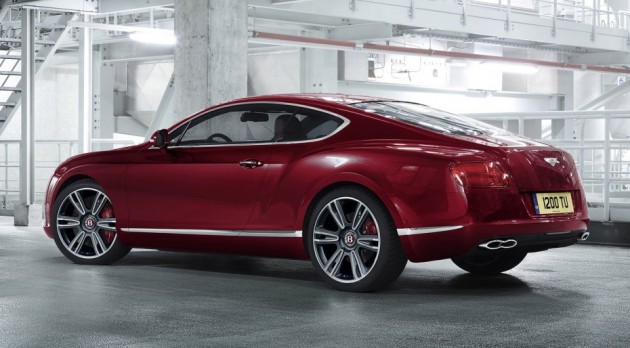 The new 4.0-litre GT V8 will be able to smash 0-100km/h in the ‘sub-5-second’ range, and hit a top speed of over 290km/h. The figure will be assisted via an eight-speed automatic transmission.

Telltale signs of the 2012 Bentley Continental GT V8 variant include a new gloss black ‘matrix’ grille with chrome outlining and centre bar, red enamel Bentley ‘B’ badges front and rear, three separate black matrix lower fascia grilles at the front, and to top it off, figure-eight exhaust tips at the back.

As one would expect in a Bentley, there’s also a cornucopia of handmade luxuriousness inside. It includes an almost incompressible range of detailed features, with an official description reading like an Antiques Roadshow script.

We’re sure it all provides the utmost in pampered grand touring. 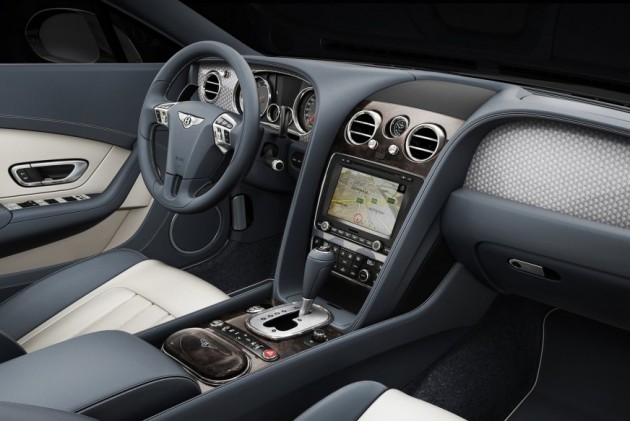 Other features include 20- or 21-inch alloy wheels, and, surprisingly, a rather sophisticated all-wheel drive system incorporating a Torsen differential with a 40:60 front to rear torque split.

Full details and pricing are expected to be revealed at the Detroit show, starting January 9, 2012. Australian deliveries will begin in around August, however, orders will be taken from just after the show debut.