Sebastian Vettel kicked up a few laughs during a small speech at the Autosport Awards recently, putting on a little impersonation of Kimi Raikkonen. 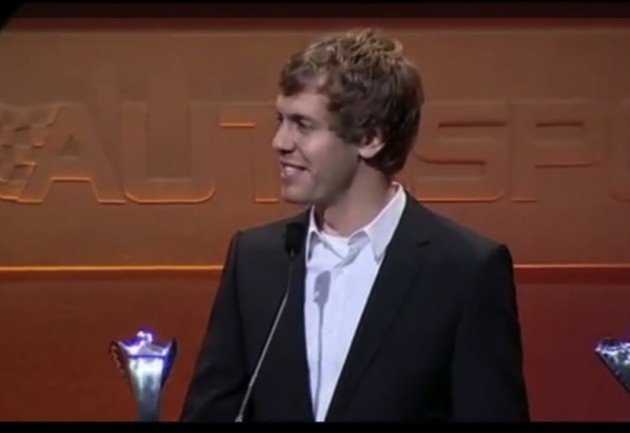 He spoke some funny words (possibly hungover?) about other racing drivers as well, such as Juha Kankkunen – former World Rally Champion – and Nigel Mansell.

Some F1 fans may not like Vettel, but, if you’re one of them, you may warm to his cocky yet playful humour after you see this video.

Click play below to see current Formula One World Champion Sebastian Vettel doing his impersonation of Kimi Raikkonen and cracking a few funnies.