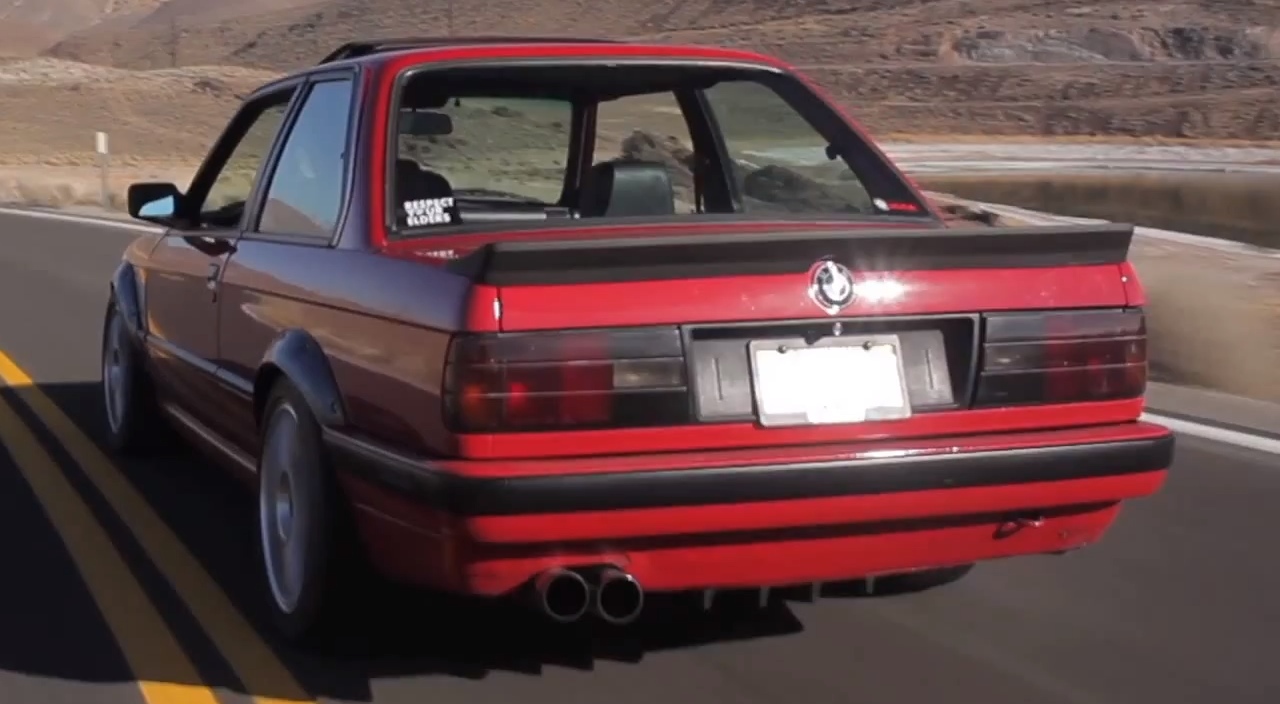 Matt Farah from Drive channel has taken a very cool turbocharged BMW 325i E30 out for a spin in the latest episode. The E30 began life as a standard 325i and was given to its current owner by his dad. Since then, it’s had numerous changes, including a fresh lick of paint, and a homemade turbo kit that makes somewhere around 300kW. It’s absolutely nuts.

As you’ll see in the video, it makes a ferocious six-cylinder noise along with a lot of turbo whistle. If you can see the car through the burnout smoke, it looks like it’s actually in great condition for its age.