More details have come through on the epic Koenigsegg Agera One:1. As the name suggests, the special edition will offer a power-to-weight ratio of 1hp:1kg. 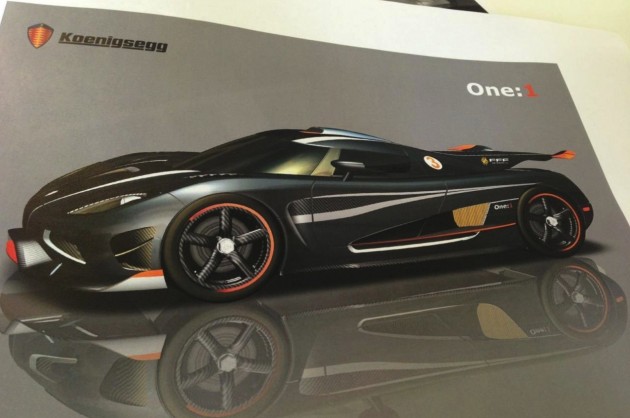 This means power will be bumped up from the ‘normal’ Agera R while weight could also drop. According to international reports, the One:1 will come with a 5.0-litre twin-turbo V8, like the normal Agera, only it will produce around 930kW-1000kW of power (1246hp-1340hp).

Allowing for simply colossal performance, the One:1 will feature various lightweight revisions, including carbon fibre wheels, and a new fixed carbon fibre roof. A similar sort of weight as the normal Agera R is expected on the One:1, tipping the scales at around 1290kg.

Other distinguishing highlights include a new carbon front spoiler and air intake system, a new rear wing that rests on the engine cover, and a new rear diffuser to suck air from underneath the car at high speeds.

Christian von Koenigsegg, company founder, recently revealed that just five examples of the special edition will be made, with all of them heading for the Chinese market.