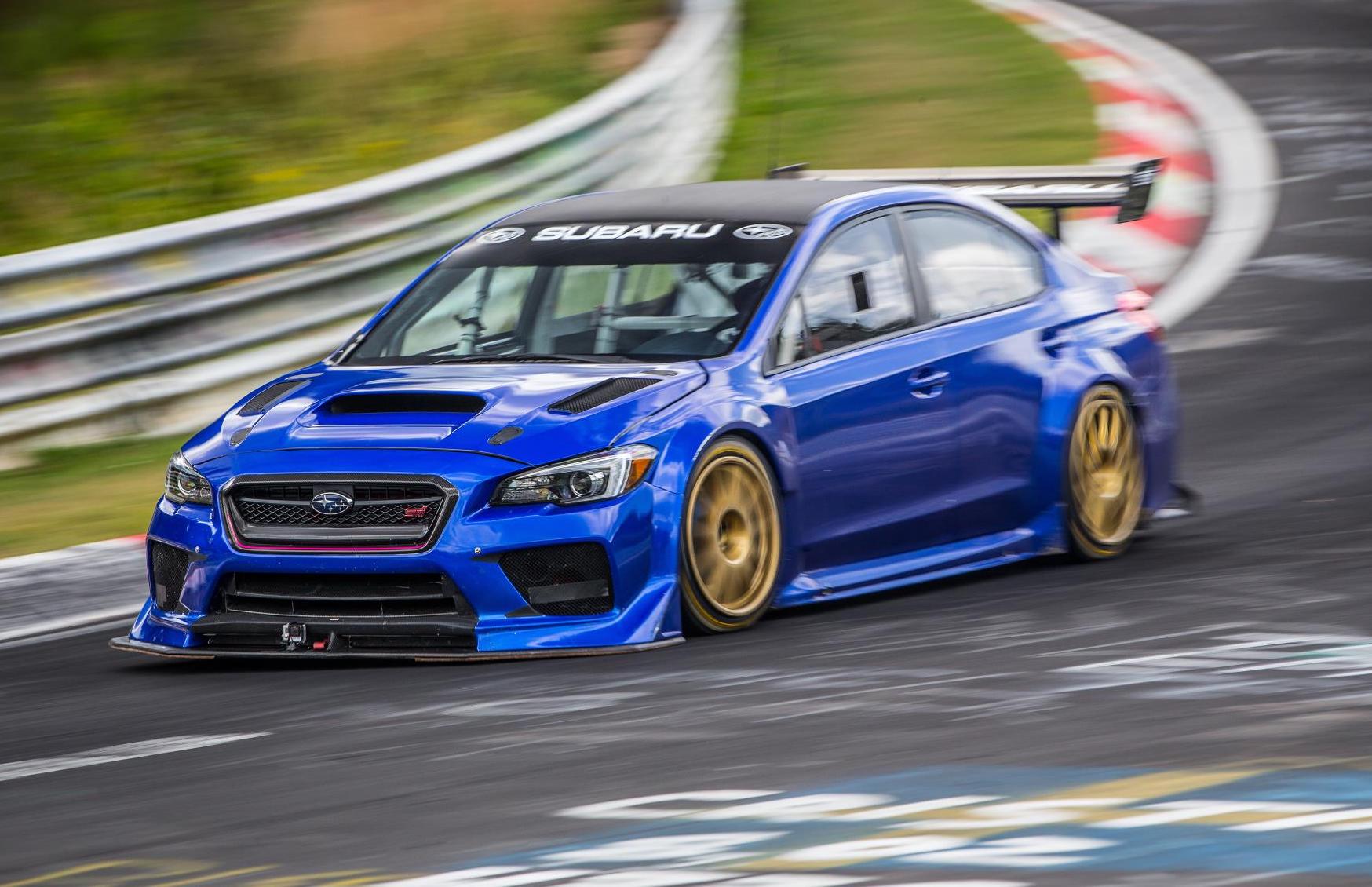 Remember Subaru was teasing the WRX STI Type RA NBR a few weeks ago? Well, it seems the company was serious about taking on a Nurburgring lap record. 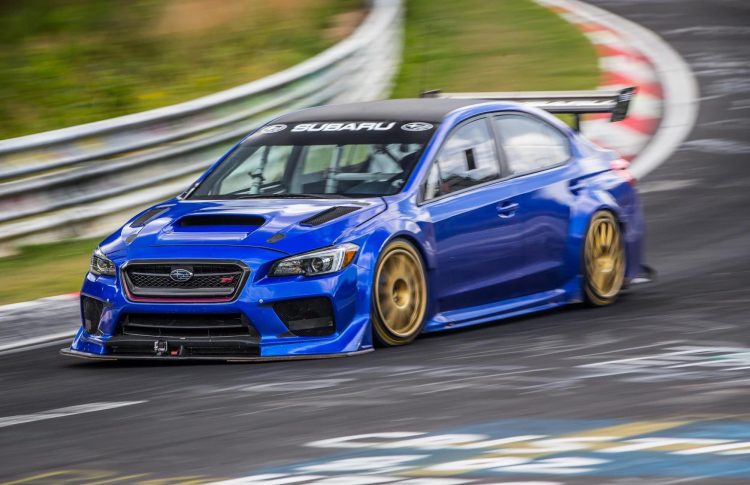 Firstly, we must make it clear this isn’t a production car lap record, as the car isn’t exactly a production car. It’s a specially-built track car. More specifically, a time attack car which also set a lap record around the Isle of Man TT course. But it was developed to showcase the potential and capabilities of Subaru’s all-wheel drive engineering.

To help give the WRX even more grip on the tarmac surface some racing slicks measuring nine inches wide are thrown on, while an extensive aero kit for the body helps to provide around 295kg of downforce at top speed. There’s also a DRS rear wing for both speed and downforce at the driver’s demand via a switch on the steering wheel. 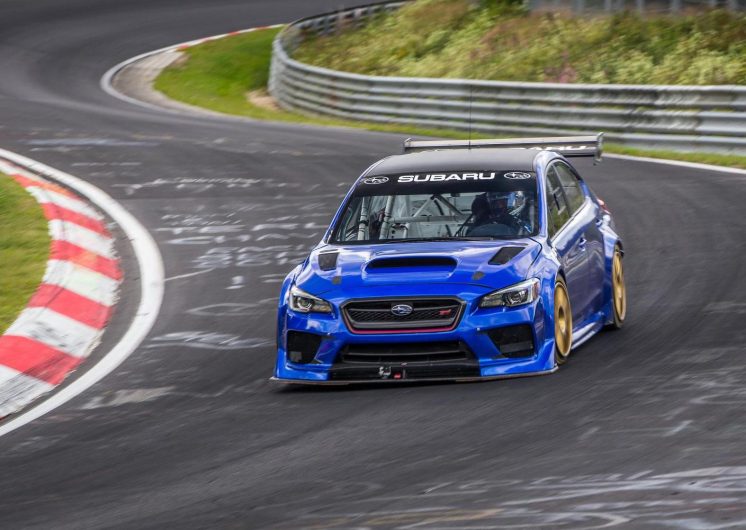