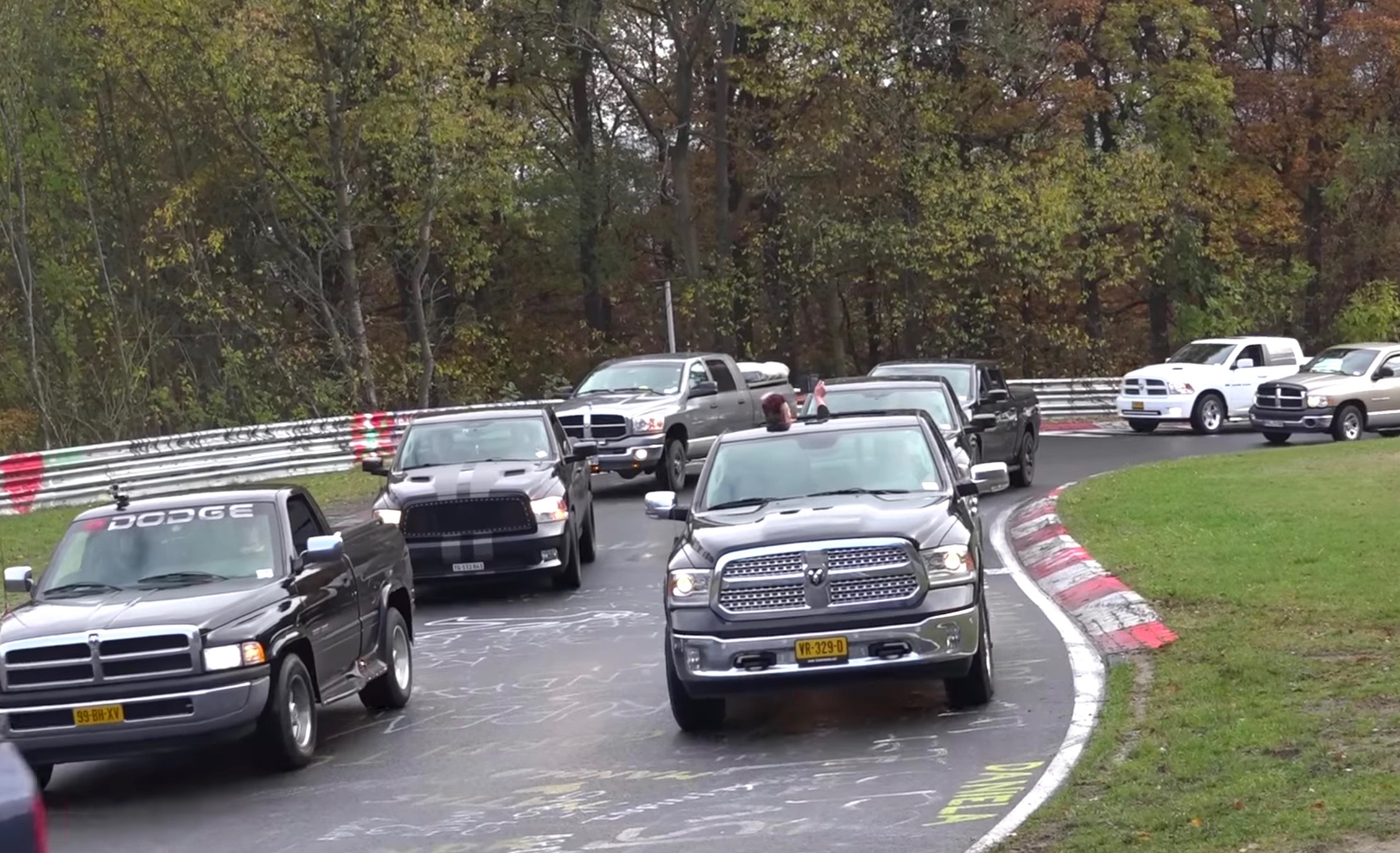 Ram trucks aren’t really a common sight at places like the Nurburgring. However, a flock of 1152 examples of the heavy-duty US ute recently turned up to the notoriously dangerous circuit to set a new record. 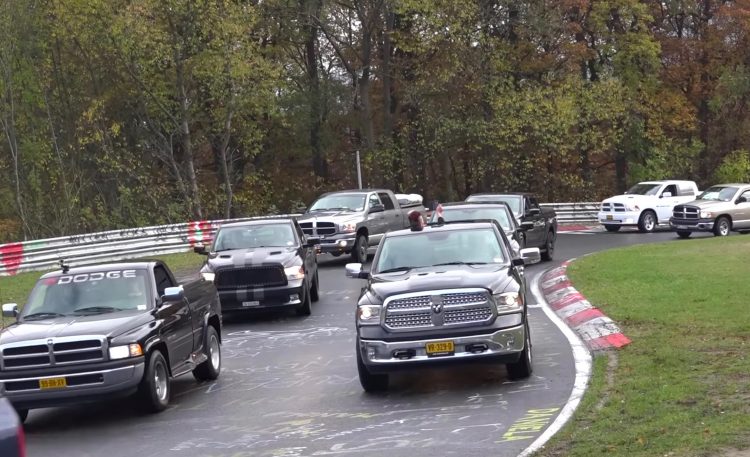 The spectacle was organised by AutoGlobalTrade AG, with around 1317 Ram truck owners initially registering interest to take part in the Nurburgring cruise. It was put together to set a new world record for the biggest parade of Ram trucks ever.

Guinness World Records hasn’t officially published the event as a record just yet, however, with 1152 trucks touring the ‘Ring it easily surpasses the existing record of 638 trucks. That outgoing record took place in Mexico back in July, 2015.

This latest parade took place over the weekend, with Ram trucks of all sizes and body configurations making up the field. Interestingly, these were European owners of the truck. We can only imagine the potential parade size the US could conjure up despite the Ram being the third most popular truck in that market, behind the Ford F-Series and Chevrolet Silverado.

According to Motor Intelligence sales data, Ford has sold 661,198 examples of the Ford F-Series so far this year (through October), while Chevrolet has sold 475,324 examples of the Silverado. Ram, for comparison, has sold 404,977 trucks. The Ford is the best-selling vehicle overall in the market as well.

Ram will be launching the 2018 model year 1500 next year. It’s expected to showcase an all-new platform and a fresh design inside and out. In the meantime check out the extraordinary lineup of Ram trucks in the video below. As a word of warning though, don’t expect to see any kind of speedy action.