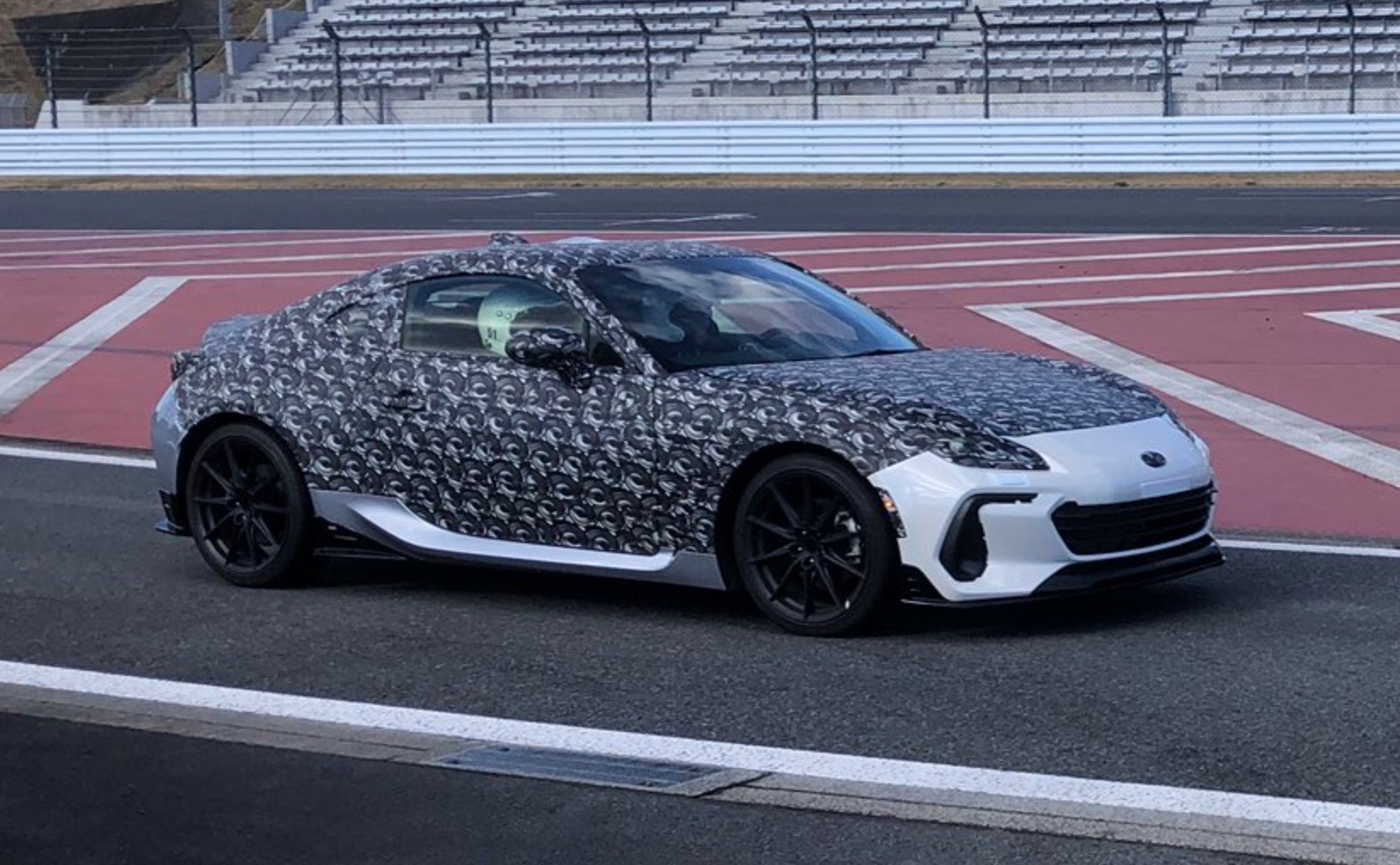 An interesting 2022 Subaru BRZ prototype has been spotted on the track in Japan, wearing what looks to be STI enhancements. Could this be the makings of a new BRZ STI derivative? 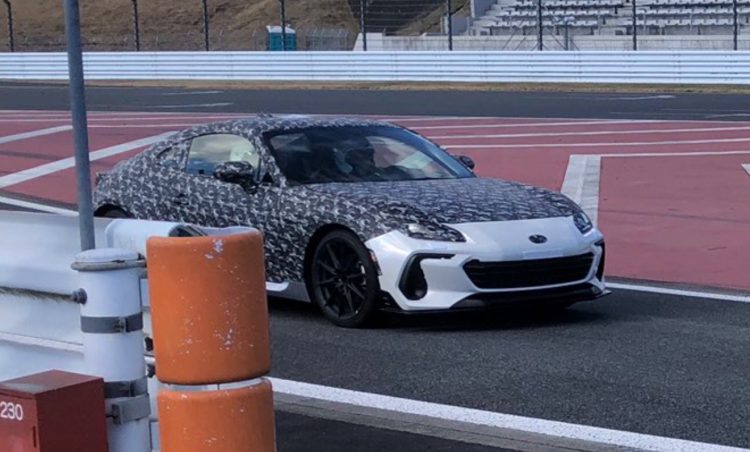 The images surfaced on Twitter recently, showing a prototype at Fuji Speedway wearing a camouflage body wrap. However, the front end is exposed and reveals a unique front spoiler in black, a black central grille, and black fog light clusters in the corners. There’s also black side skirts and sporty extensions from the rear bumper.

If you look closely you’ll also see a set of black nine-spoke alloy wheels, different to what are seen on the standard model. It’s difficult to tell but there might be a bespoke performance brake setup hiding behind the wheels, although, there doesn’t seem to be evidence of a more typical red-painted Brembo package. 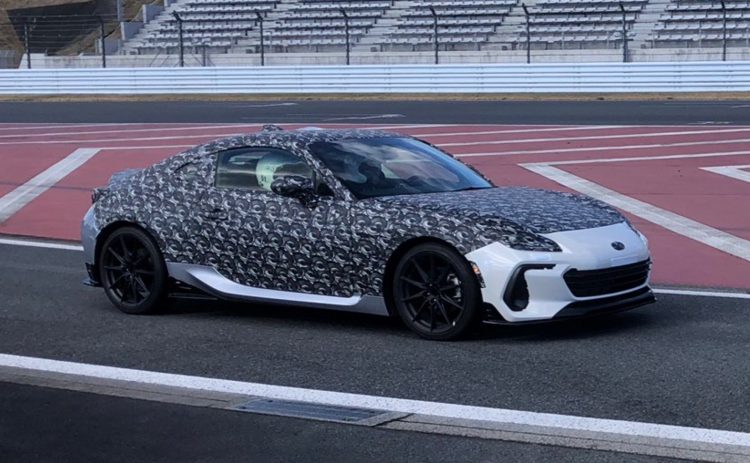 In another image posted up by the same Twitter account, it seems another new BRZ was at the Fuji Speedway on the same day. It shows a bunch of engineers hanging around, and, interestingly, many of them are wearing STI jackets…

Subaru has offered STI-enhanced versions of the outgoing BRZ, such as the tS model, so this could simply be a case where engineers are testing a new aero kit for the 2022 model and potentially some suspension upgrades. The current tS features six-piston Brembo front brakes, Sachs dampers, and STI alloy wheels. However, of course, the dream is for a full-blown STI variant. 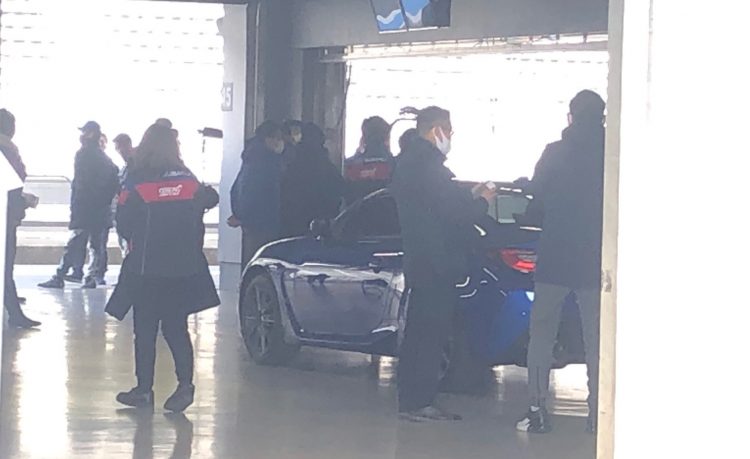 An STI variant could use the company’s new 2.4-litre turbo engine, which, in the overseas 2020 Legacy (Liberty) and Outback, produces 194kW and 376Nm. This would no doubt go down well with fans, especially drifting fans and tuning enthusiasts.

The fact that the brakes don’t seem all that impressive (for an STI model) suggests to us this is just a package rather than a proper STI model. Even so, the new 2.4-litre naturally aspirated engine, which produces an official estimated 170kW/249Nm (final specs to be announced), would go nicely with some light suspension upgrades and other handling tweaks.