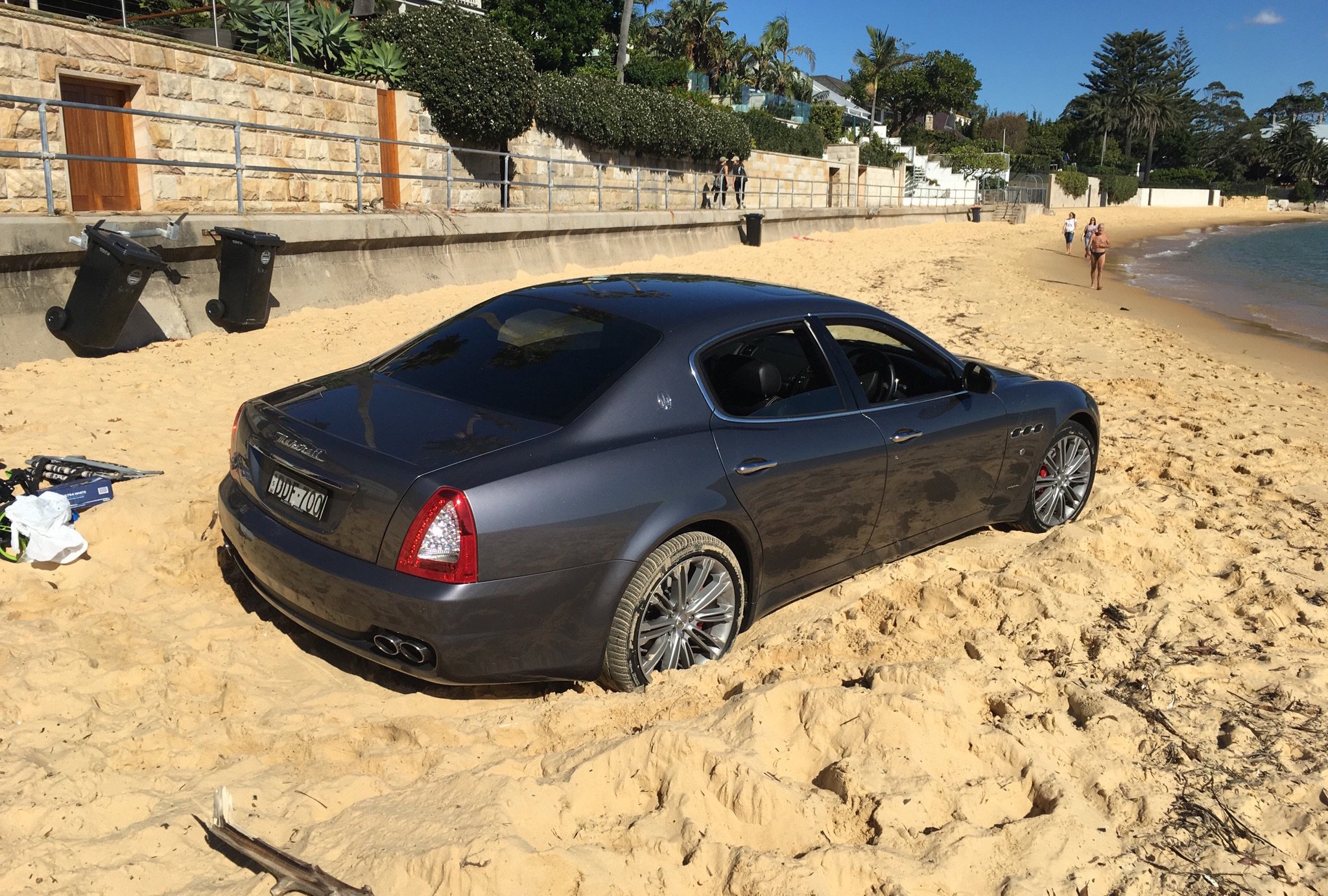 A man thought it was a good idea to drive his Maserati Quattroporte onto a Sydney beach this morning, and surprise, surprise, he got bogged. 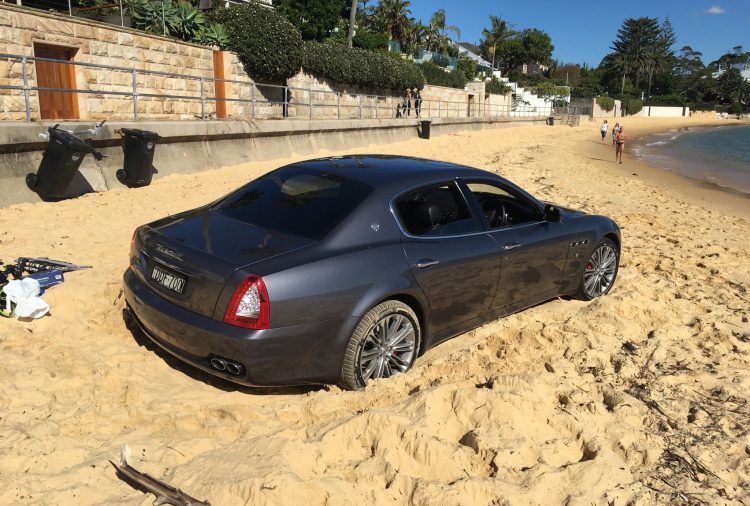 According to reports the man drove onto the beach at Camp Cove near Watsons Bay, simply to chill out and relax, and practice his golf swing on the sand. Some images of the rear-wheel drive luxury car on the beach were posted on Twitter by @MMiddleton_10.

It’s understood the man, in his 50s, first arrived at the beach this morning and soon realised he was bogged. But he apparently then emptied some of the contents of his car onto the beach and got stuck into swinging some golf, while listening to music.

Police attended the scene, and the man was taken to St Vincent Hospital for assessment. In a News Limited report, a NSW Police spokesperson was quoted as saying:

“At 10.15am today, police attended Camp Cove beach at Watsons Bay after receiving information a car had been driven on to the beach. Police arrived and found a 51-year-old man had driven a Maserati on to the sand.”

The driver was quoted as saying to the police: “What’s the criminal offense? Where’s the sign that says I can’t park here?”

As for the Maserati, it was apparently impounded after being towed out. It’s unclear at this stage if the man will be charged.