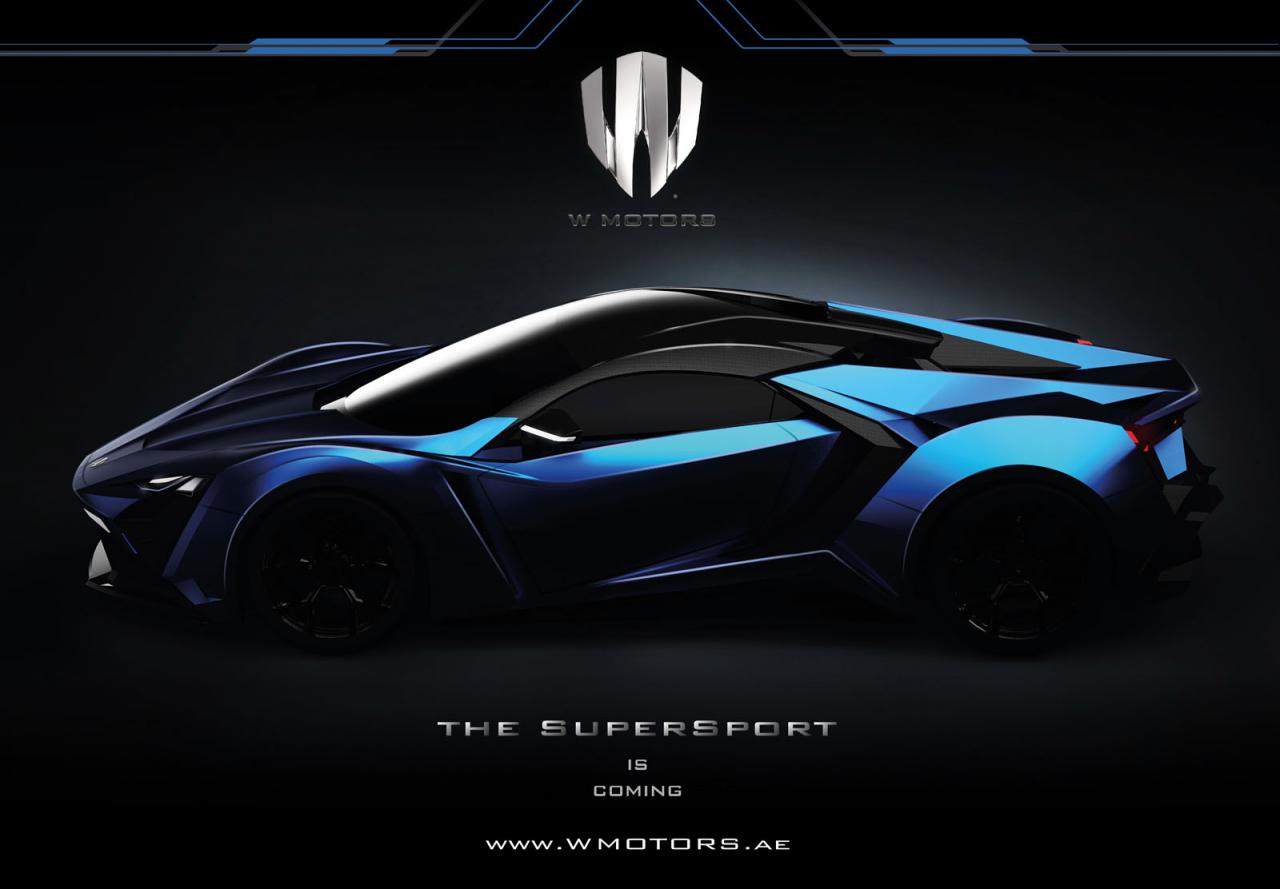 W Motors has revealed its upcoming sharp and rather strange-looking new Lykan SuperSport hypercar. It will be more powerful than the company’s only other model, the HyperSport. 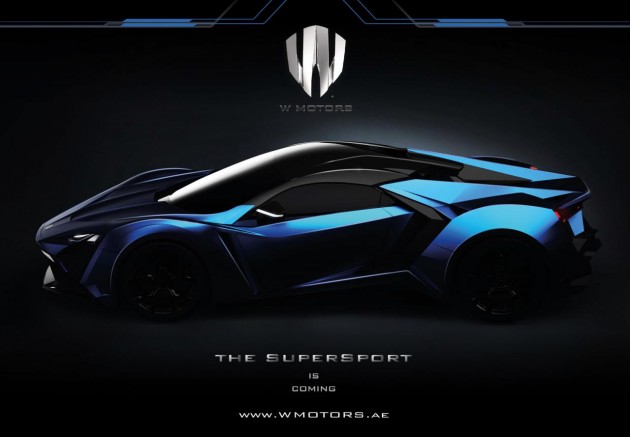 In terms of design, all we have to go by are these digital images. But as you can see, the car looks like something out of this world. There are sharp, straight lines and panel edges, lashings and cutaways, and a spaceship-like rear end.

Sitting behind the cabin will be a monstrously powerful engine producing “over 1000hp” (746kW). Details on the unit responsible are yet to be mentioned. If the HyperSport is anything to go by, it featured a Ruf-developed 3.7-litre twin-turbo flat-six engine.

Although it won’t be as exclusive as the HyperSport, doing without the diamonds and gold stitching, the SuperSport will be more about overall performance. With this kind of power on tap, along with a fairly low weight of below 1200kg, we could see its top speed penetrate through the 400km/h mark.

The Dubai-based company hopes to put the insane creation into production in 2014. Just 25 examples are set to be made.