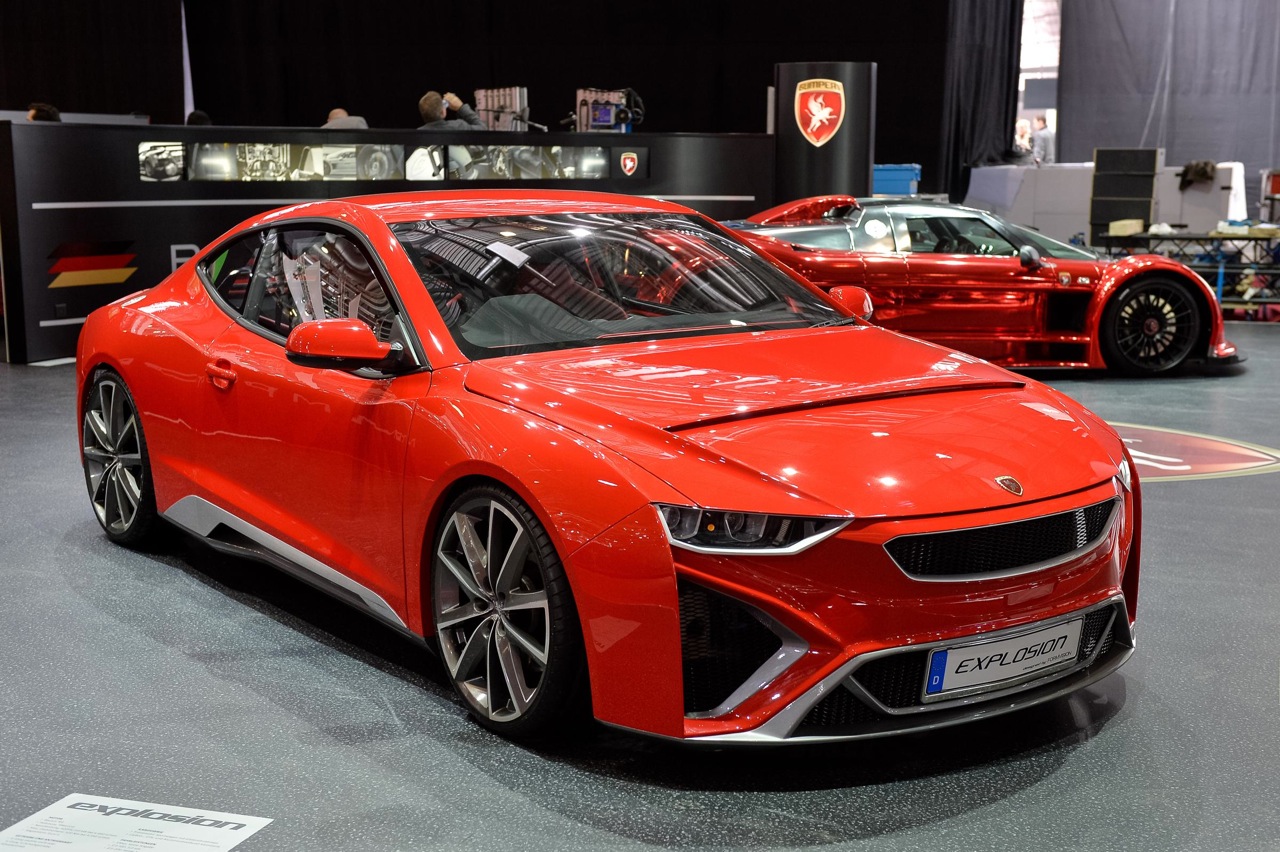 Gumpert, the company usually known for its insane, barely road-legal Apollo hypercar, has unveiled a rather ugly yet intriguing sports car proposal at the Geneva show, called the Explosion. 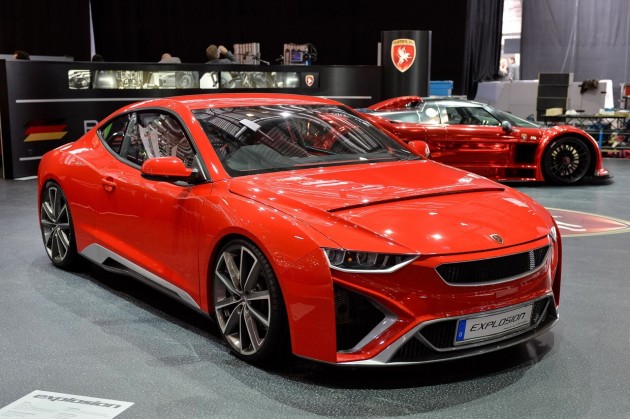 The Gumpert Explosion, despite the energetic nameplate, is not as extreme as the Apollo. Instead, it’s targeting the sports coupe market segment, with vehicles like the Audi TT RS and Lotus Evora.

It features a 2.0-litre turbocharged engine producing a very impressive 313kW of power and 520Nm of torque, which is sent through a six-speed manual or auto and into an all-wheel drive system. Acceleration from 0-100km/h takes around 3.0 seconds.

Like Gumpert’s previous vehicles the Explosion is an exotic piece of equipment, using a lightweight body and tubular frame chassis. The body is made from carbon fibre and fibreglass reinforced plastic. 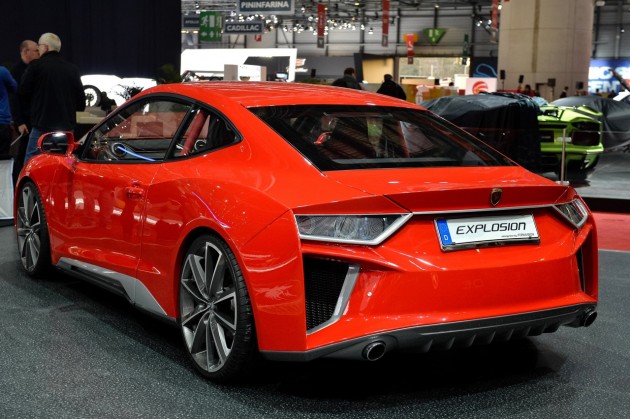 From the front it looks awkward and confused, with many diagonal lines and various triangular intakes. The rest of the body takes on a sporty coupe layout which actually looks a bit like a Toyota 86 around the rear haunches and taillights.

Love it or hate it, the Explosion is certain to attract plenty of attention. It is set to go on sale later this year priced from around $160,000.