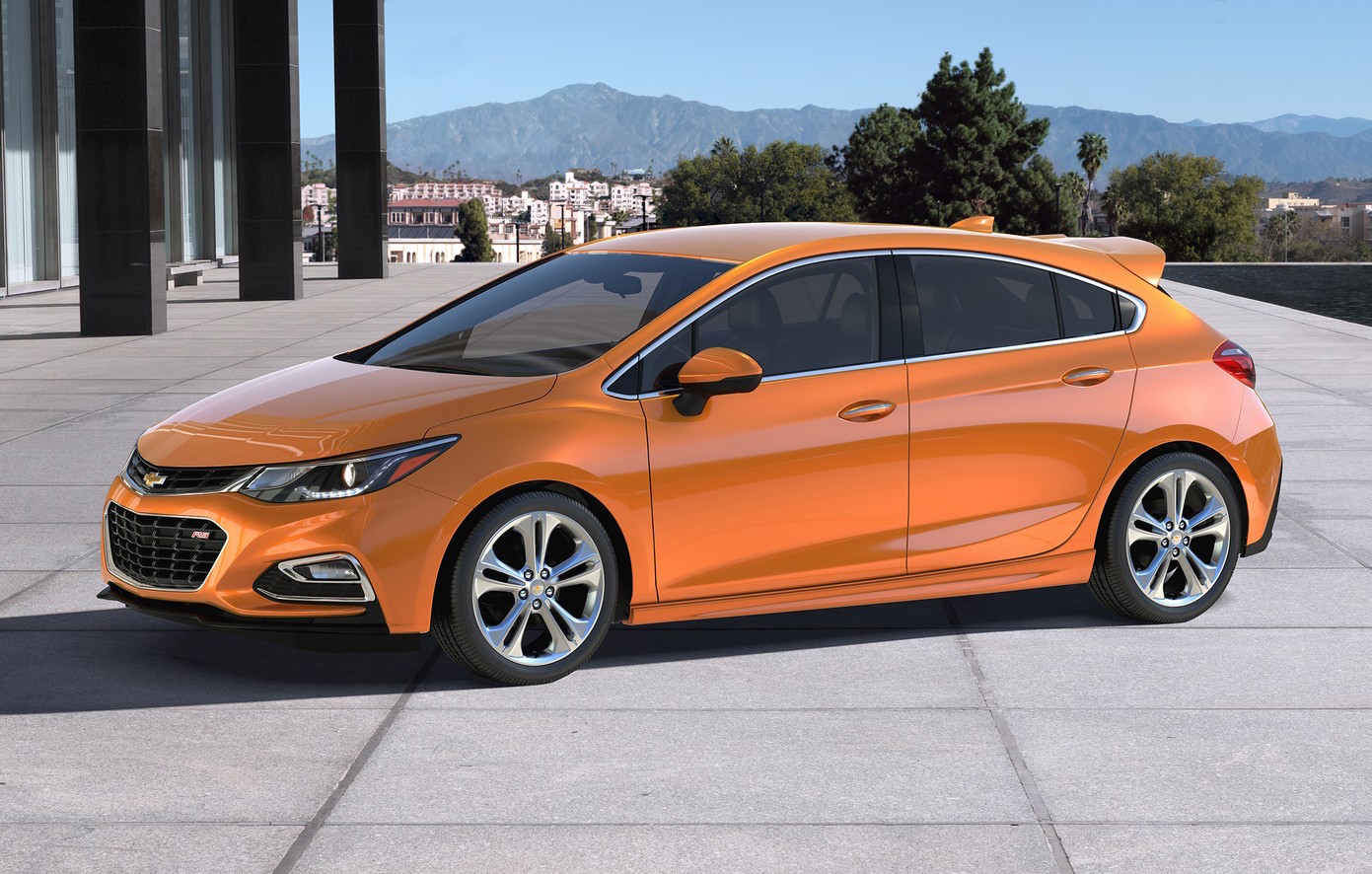 The very sharp and suave-looking 2017 Chevrolet Cruze has been revealed, just prior to its Detroit auto show debut next week. 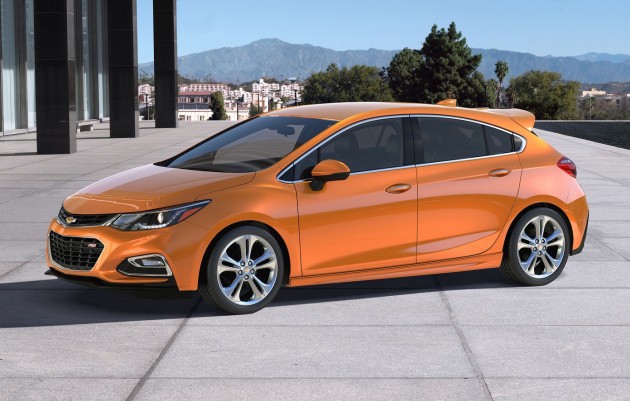 Aside from the possibility of it becoming the new Holden Cruze hatch, it must be said all the excitement should be directed toward the sporty design. It showcases an aggressively pointed front end, slender headlights, and a nicely proportioned rear end with an integrated diffuser section below.

Underneath it all is the same platform as seen in the recently-updated Cruze sedan, with its 2700mm wheelbase. In the hatch it opens up 524 litres of cargo space (1198L maximum), while coming equipped with a unique roof to finish neatly with the hatch lid. In the images the car is fitted with an optional RS package which includes a large rear spoiler.

In the engine compartment the Chev hatch comes with a 1.4-litre turbo four-cylinder producing 114kW of power and 240Nm of torque. It’s matched to either a six-speed manual or auto, with front-wheel drive.

Just two variants will launch in the US, including the top LT and Premier, as well as the optional RS pack as mentioned. It will hit the market during the third quarter of this year. As for Australia? Well, that’s a bit hazy.

Holden is set to launch the new Astra in Australia this year, which means the Cruze hatch could be swept to the side as it would compete too closely. The local arm is yet to confirm. More information is expected at the Detroit show next week.