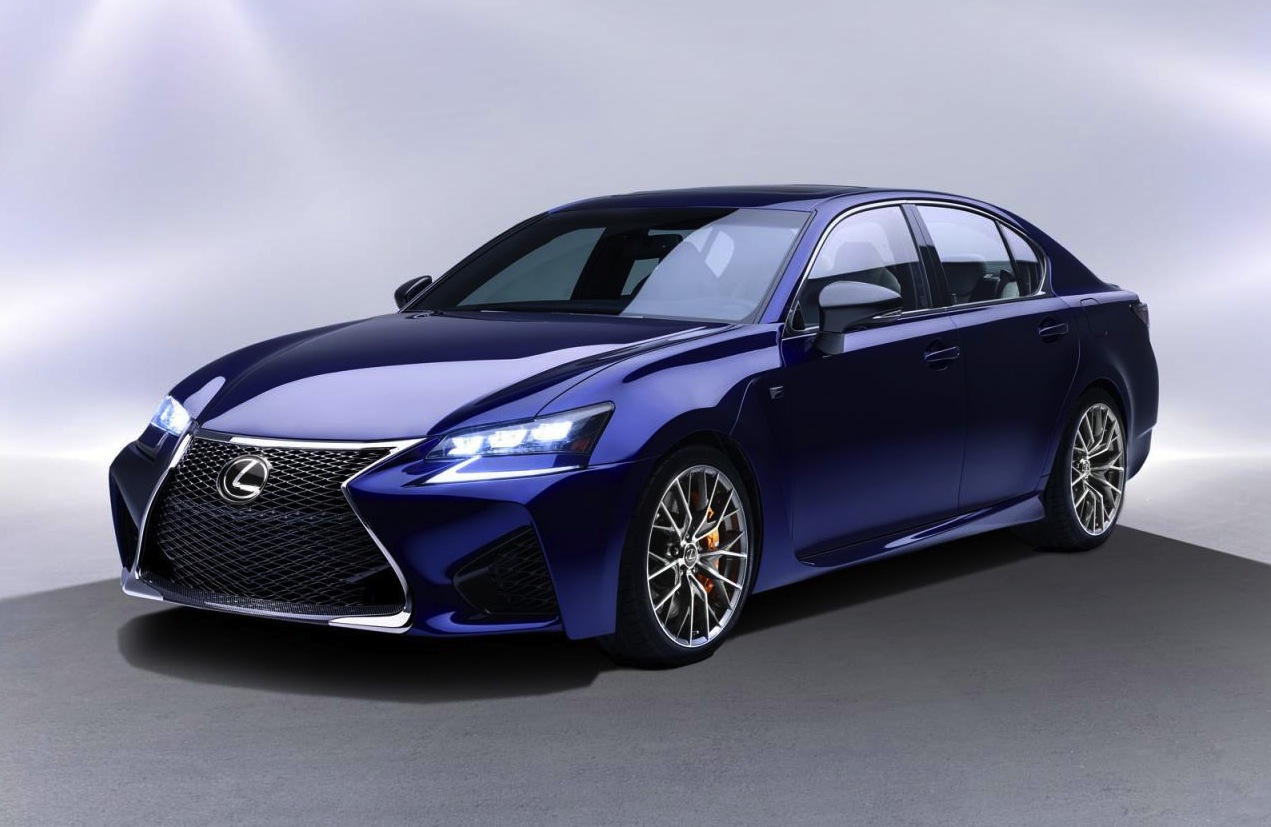 It turns out Lexus was planning a hot version of the GS sedan. The Japanese carmaker has just revealed the Lexus GS F in full before its Detroit auto show debut next week. 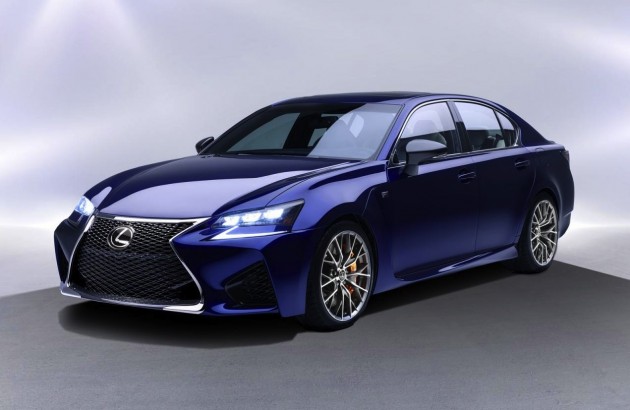 As indicated by a preview image a couple of weeks ago, the Lexus GS F gets unique headlights with separate LED strikers just beneath. These match other new-model Lexus vehicles. The GS F also gets a bespoke grille which is much larger than the one on the standard GS.

Other exterior highlights including a set of 19-inch lightweight multi-spoke alloy wheels, neat side skirts, and a subtle boot spoiler at the back. There’s also a small diffuser underneath the rear and a set of trademark quad-outlet exhausts.

The most powerful Lexus GS at the moment is the 233kW GS 350 and the 254kW GS 450h hybrid, but they are hardly potent enough to take on Germany’s finest. Under the bonnet of the GS F sits a 5.0-litre naturally aspirated V8 engine churning out 348kW of power and 527Nm of torque. This should do the trick. It’s capable of revving to 7100rpm.

From the engine, there’s an eight-speed sports automatic transmission sending twist into a complex torque vectoring differential (TVD). The diff alone offers the driver three different driving modes including Standard, Slalom, and Track. Each provide unique operation while maintaining optimum stability and grip for the given occasion.

Inside, the luxury of the GS has not been lost. However, a dose of sportiness has been blended in. There’s special two-tone bucket seats, carbon fibre trimmings around the centre console and dash, along with all of the usual luxury features of the top GS such as a large wide-screen interface.