Here’s a strange conversion for you. It’s a Porsche 911 Turbo with a Chevrolet LS1 5.7-litre V8 mounted in the back. Never before have we seen such an interesting combination of Germany’s finest blended with American muscle. The project was found on LS1tech forums, and is being undertaken by a member known as 1dirtyZ. 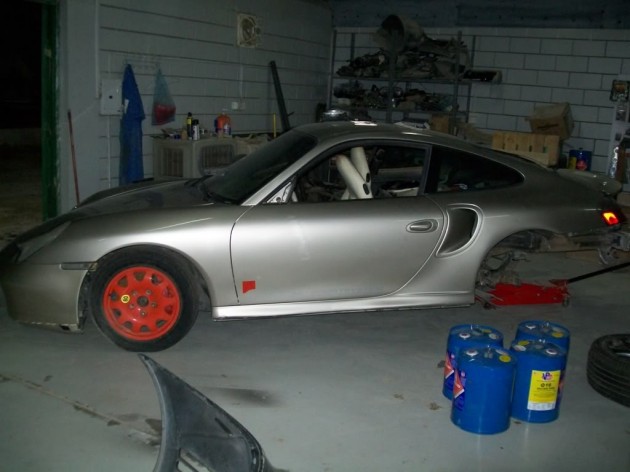 Before you start jumping up and down and banging on about sacrilege and how it’s a disgrace to Porsche and anything European, the donor Porsche is actually a victim of a bad fire which burnt out the entire engine bay and some of the interior. Reviving this 996 Porsche 911 with any engine is an act of kindness. That it’s a stonking 350 Chev, well, it’s a bit of a case of ‘it’s better than nothing at all’. Or is it? 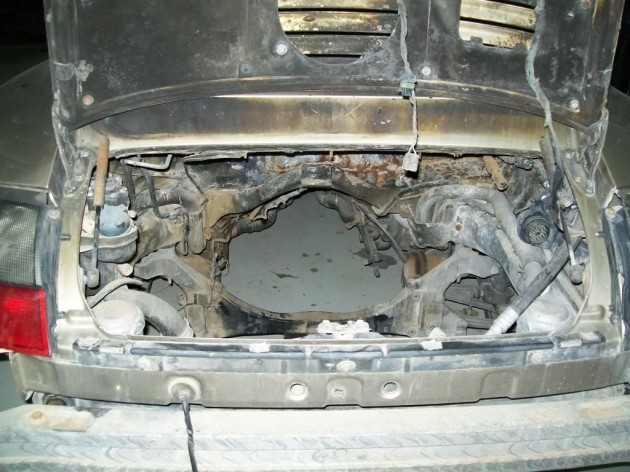 The project is not quite finished yet. The rear bumper hasn’t been mounted and some of the engine covers and ducting are yet to be been finalised, but according to the forums, 1dirtyZ has managed to successfully install the alloy-block engine into back, and it is up and running. Take a look at the early test drive videos below. 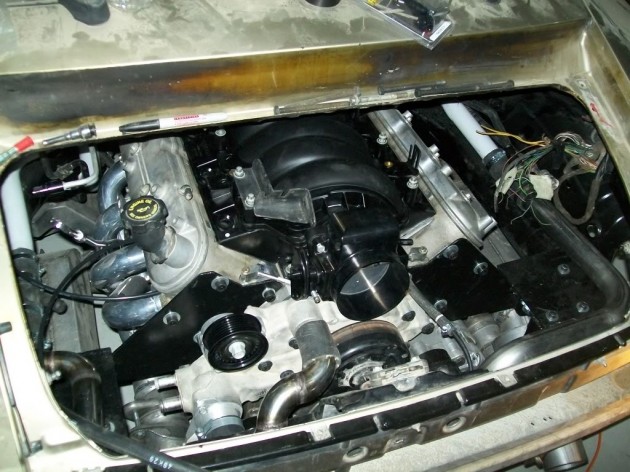 It’s unknown how much power the engine will pump out, the only tuning administered so far is a GTO oil pan, mildly ported 5.7 heads and a bigger cam and beefier valvle springs. The owner says he is aiming for around 313kW (420hp) at the wheels to start with, but also has plans for a twin-turbo package to amp things up even more.

The engine has been mounted longitudally and will feature either a manual G50/52 gearbox, or the standard Porsche 911 Tiptronic automatic, depending on what 1dirtyZ can work up. Obviously, plenty of revisions needed to be made to fit the conversion, such as a new cradle for the engine, new gearbox mounts, and new rear suspension brackets.

1dirtyZ plans on cleaning up the interior and using it as a daily driver once it’s complete, which will certainly attract plenty of attention out on the road.