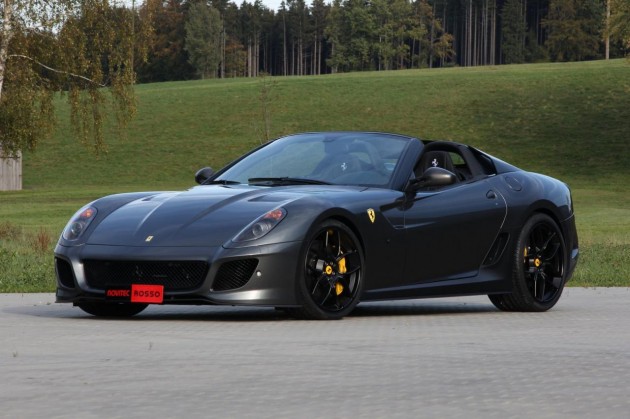 Renowned German Ferrari tuner, Novitec Rosso, has been known to produce some pretty wicked Ferrari creations in its time. But this 599 stands out as one of the best. It’s starts off with a Ferrari 599 SA Aperta – a special 1-of-80 model.

In standard form the Ferrari 599 SA Aperta features a 6.0-litre V12 engine producing 493kW of power and 620Nm of torque. After the liberal application of two superchargers (running 6.5psi), a water-to-air intercooler and a fresh exhaust system, power is blown out to 653kW and 862Nm.

To keep the massive wheels and 295 front and 335 rear tyres sitting nicely in the wheel arches, there’s a Novitec Rosso suspension kit consisting of new springs that lower the 599 by 25mm.