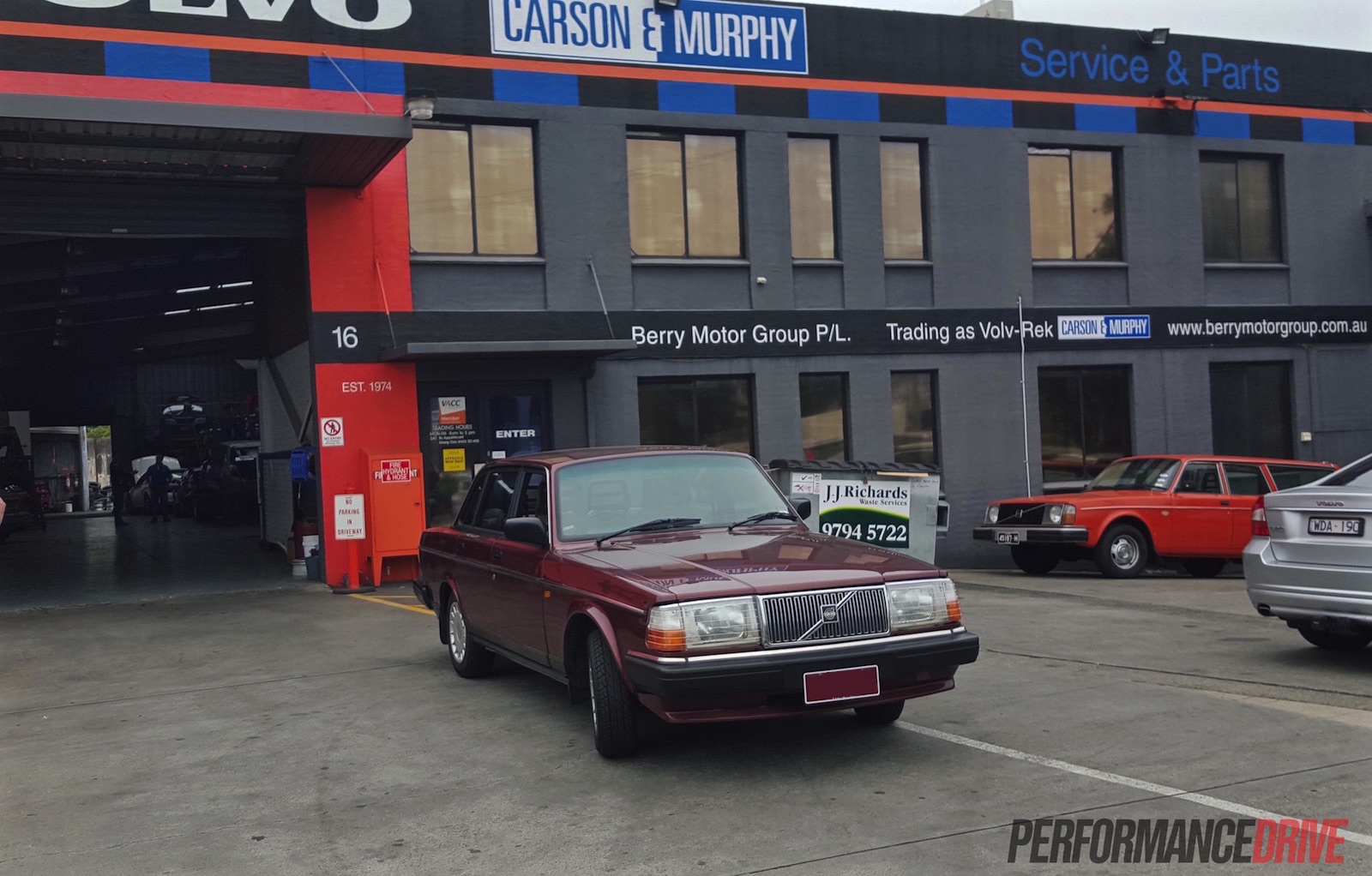 Our humble Volvo 240 GL has been stripped of its 2.3-litre credentials in preparation for an LS1 Chevrolet V8 conversion. It’s all happening. 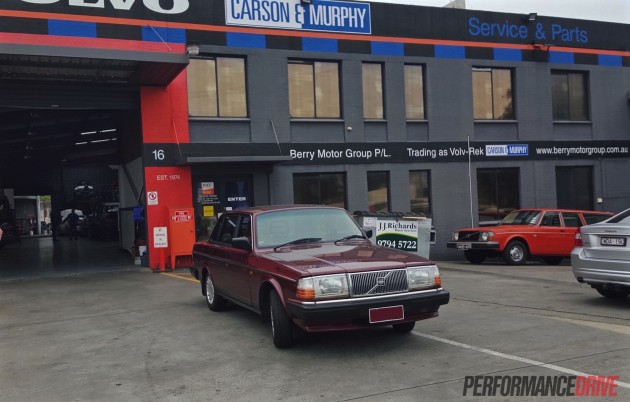 For those who missed Part 1 of the fortnightly feature series we’re doing, PerformanceDrive and some of the guys from our partner company are planning a very cool project car. We want to do everything we can to create Australia’s quickest, fully engineered, road-legal Volvo 240 GL.

We don’t want to completely ruin the Sunday-driver personality of the 240 GL in the process either. The idea is to keep it as stock-looking as possible. It is getting a respray thanks to Premier Smash Repairs in Victoria, but only to bring the factory maroon colour back to its original glory. 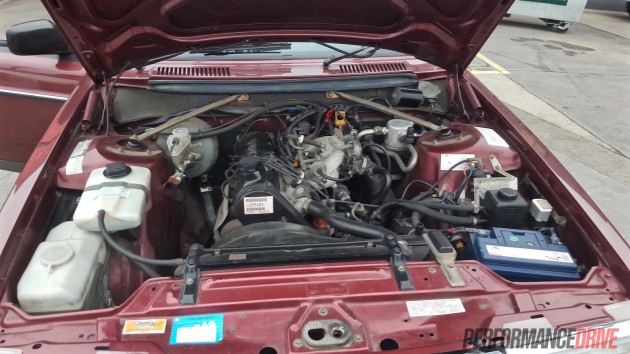 So, what have done in the past two weeks? We’ve taken the car over to Volvo specialists Berry Motor Group where the stock 2.3-litre four-cylinder engine has been pulled from the engine bay. Although the engine produces a mighty 85kW, it’s probably not going to be enough to make it the quickest 240 in Australia. 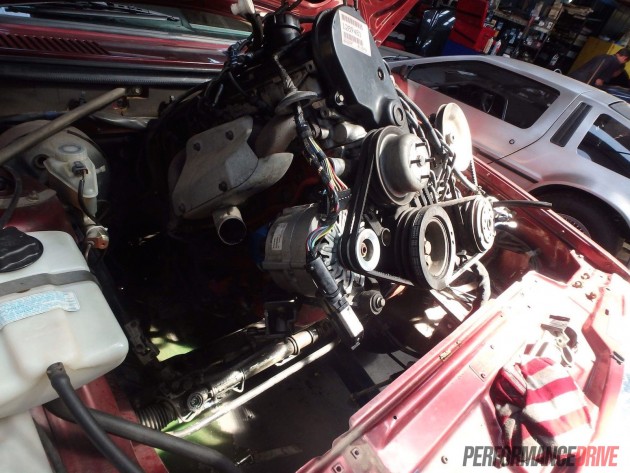 Now, obviously the LS1 V8 isn’t going to slide straight into the engine bay with no work. We’re going to have to have unique engine mounts fabricated from scratch. The engine sump also needs to be re-engineered to clear the cross member, and we’re going to use a modified radiator from a BA Falcon, which is much larger than the standard unit. But we’ll talk more about the engine conversion process when the engine actually goes in. 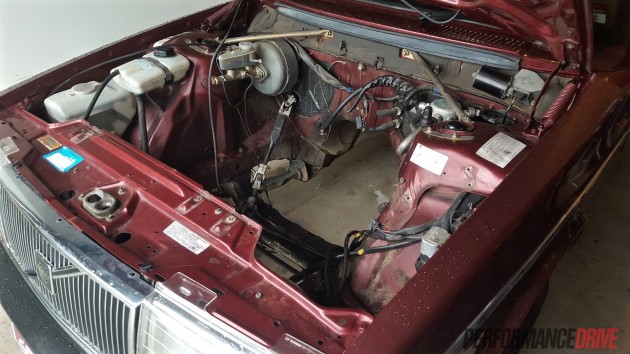 Behind the engine we’re going to use the four-speed auto from the Holden Statesman donor car. This should be up to the job of distributing power, especially considering the Volvo weighs around 400kg less than the big Statesman. From there, we’re going to use the highly renowned Ford nine-inch diff, thanks to Berry Motor Group. With this setup, the powertrain should not only be fast but also very strong for the relatively light load the 240 is going to be putting it under. 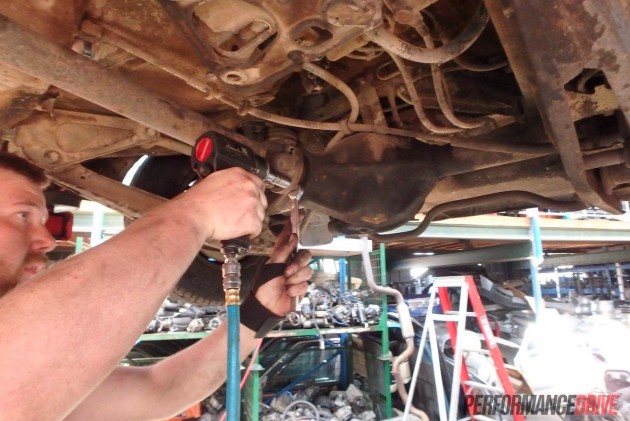 We’ve started thinking about the suspension setup that we’ll go for, and Smooth Suspension will be jumping on board to help us sort out the best system. We’ll be putting together a separate feature covering the suspension anyway, so stay tuned.

Over the next two weeks the plan is to further strip the car in preparation for the spray job, meanwhile the V8 will be lifted from the trusty Statesman and sent off to Pro-Flow Fabrication & Dyno in Melbourne. Pro-Flow are the masters when it comes to engines like the LS1, and will be giving the unit all it needs to generate approximately 290kW at the wheels – that’s the goal so far. However, we have been thinking about some rather more serious ideas for the engine, but we’ll argue among ourselves for a while longer before we confirm anything just yet.