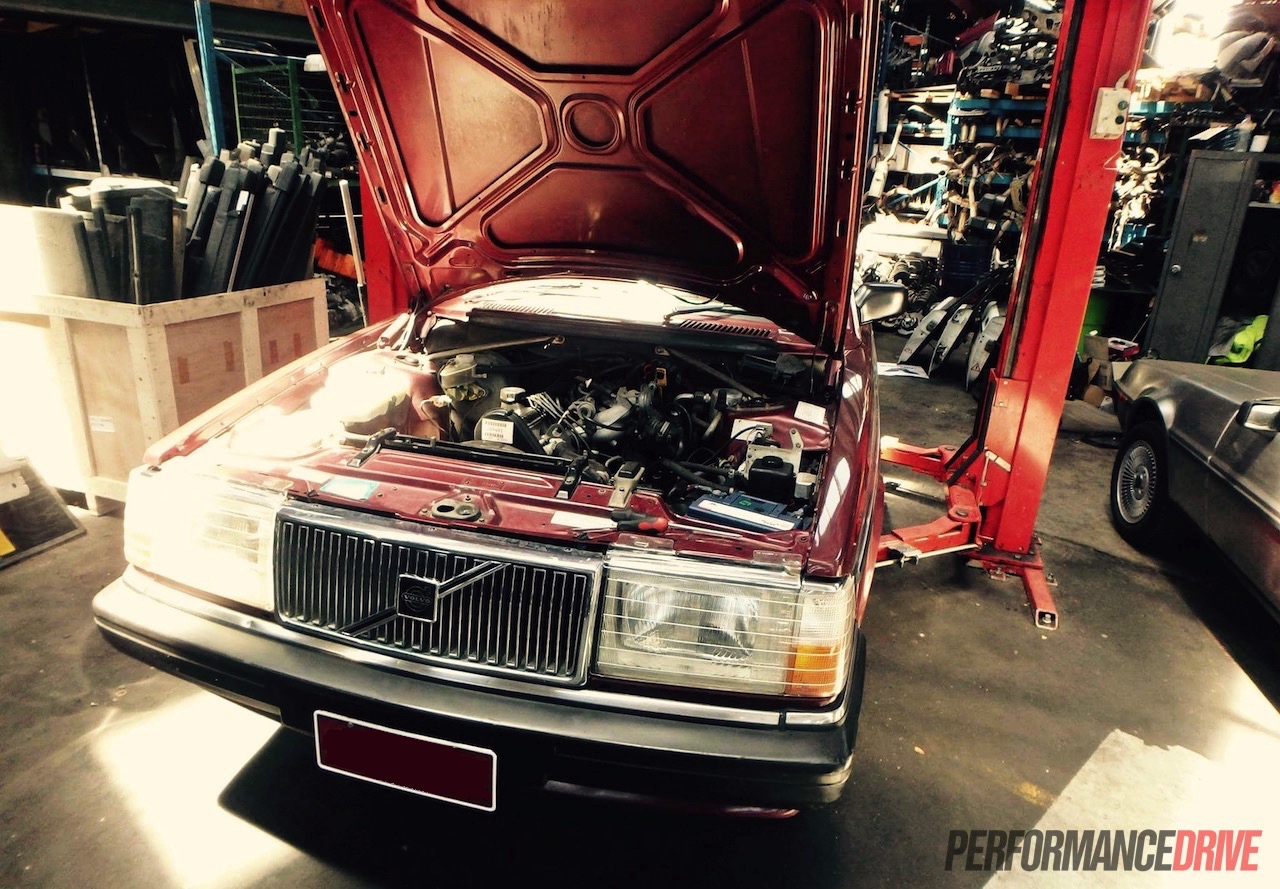 Another couple of weeks has passed and more progress has been made on our Volvo 240 GL LS1 V8 conversion project car. This fortnight it’s been all about finalising the radiator and engine sump. 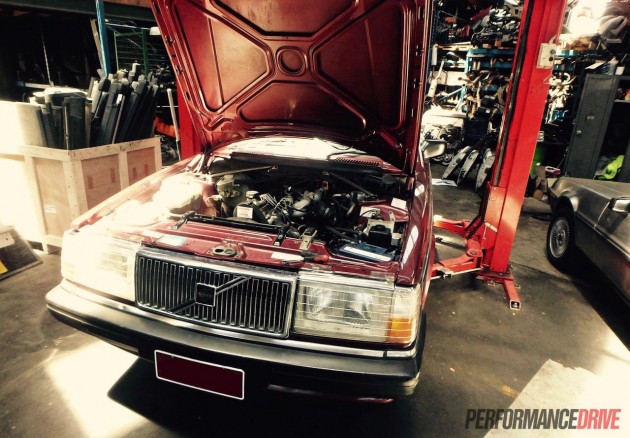 Fitting a V8 engine to a vehicle that usually carries a small four-cylinder engine isn’t exactly easy. It’s not only about making the V8 fit in the engine bay in regards to space, it’s also about making sure it bolts in correctly, as we went through in Part 4 of the project.

The issue is making sure the engine clears the cross member, which is the main beam that connects the left and right sides of the front suspension, and the car, actually. 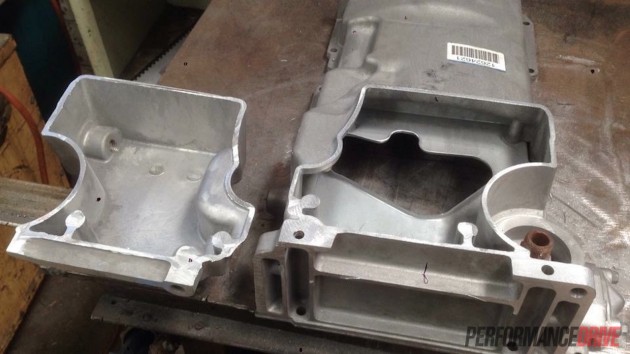 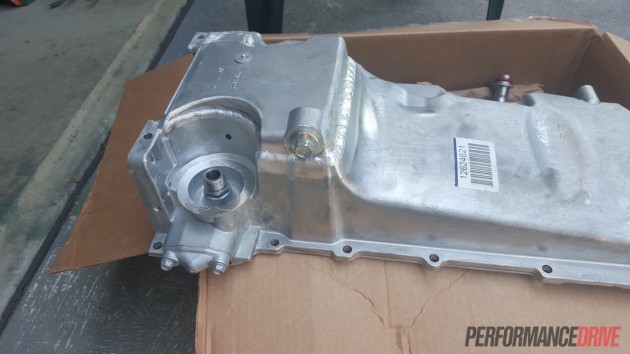 Being a large engine also requires a larger cooling capacity. So, we had our good mate (and engineer) Andrew craft the sump to make sure it clears the cross member, and modify the radiator to make it fit in the Volvo. The end result for the sump is beautiful. It looks like a factory OEM part (above). 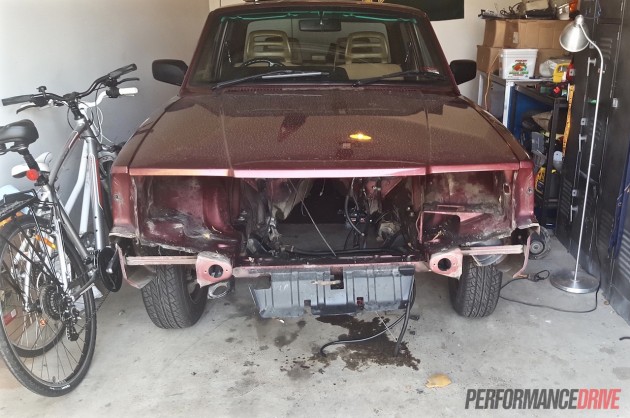 The radiator was originally sourced from a Ford BA Falcon – the Falcon is known for having a history of cooling issues but in more modern examples, such as the BA, cooling is much better. We’ll let Andrew do the talking though:

With this build we need to focus our attention on upgrading the cooling system. Volvo’s factory radiator is a great quality unit but it is designed to only dissipate heat produced from the factory engine. 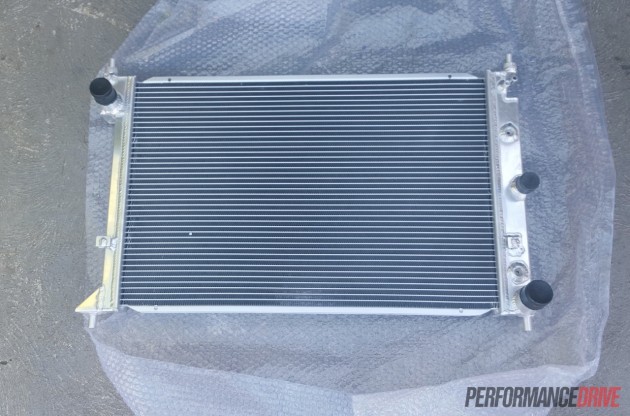 Estimating the power figures achievable from our build we then researched radiator sizes from various vehicles that produce similar amounts of power. Luckily enough, an all-aluminium eBay BA V8 Falcon radiator fits between the body rails with only small modifications. 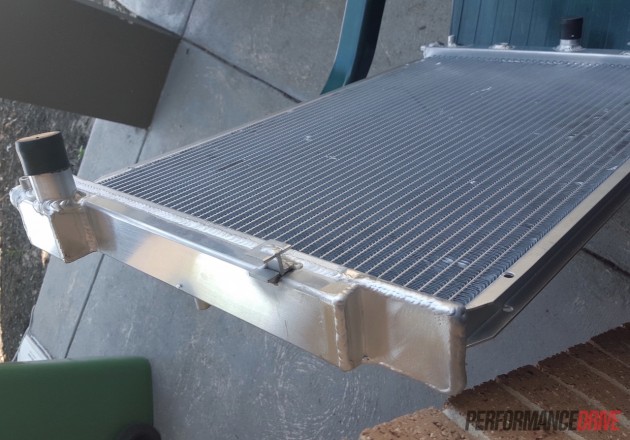 This was achieved by angling the pipe inwards giving us room between the radiator hose and the body rail. We intend on reusing the old Volvo expansion tank/filler bottle.

Stay tuned for the next instalment where we’ll be fitting more bits and pieces, and getting closer to having the car sprayed at Premier Smash Repairs. We might also have some very exciting news to reveal in regards to the engine.