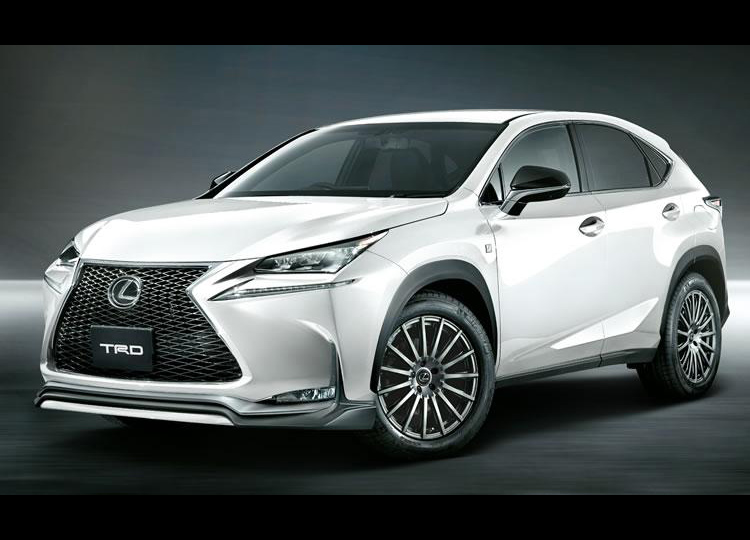 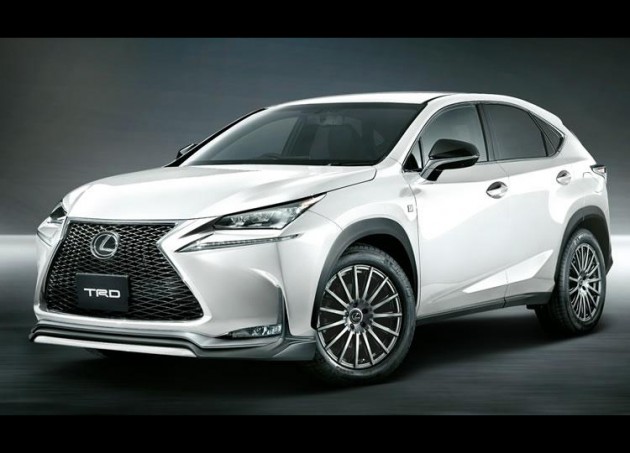 There’s no engine tuning in the package or anything like that. This is more about providing buyers with an option to personalise the NX and help it stand out among the rest.

The kit features a sharp front spoiler system which seems to blend well with the huge ‘spindle’ grille layout, while around at the back is a chunky diffuser and bodykit surround to give it a fuller, racier look. 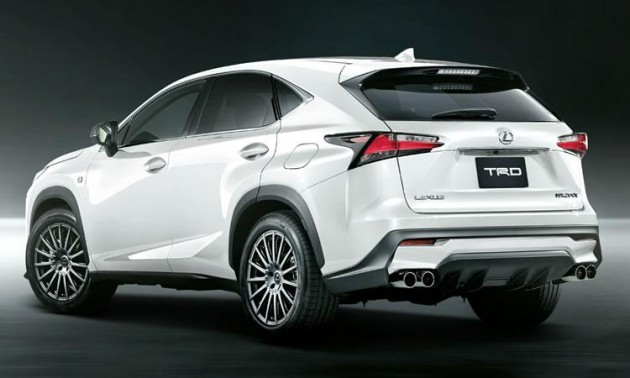 In terms of hardware changes, buyers can option for a set of 19-inch dark grey forged aluminium wheels that weigh just 11.4kg each, as well as a quad-outlet exhaust system to fit in with the diffuser setup.

Lexus Australia is yet to launch the NX locally. It will be available in two variant levels, including the NX 200t that comes with an all-new 2.0-litre turbo – the first turbo Lexus ever – as well as the NX 300h that comes with a 2.5-litre Atkinson cycle hybrid system.