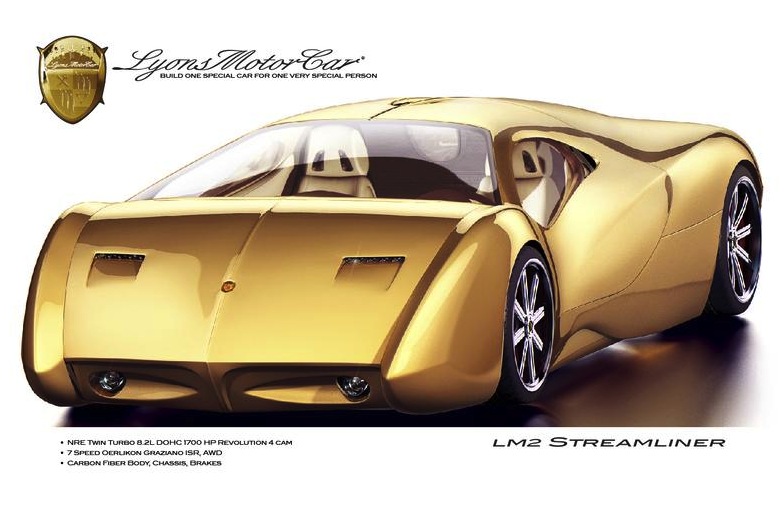 Pipe dream or reality? Another proposal for an insane hypercar has hit the airwaves. This time it’s from an American company called Lyons Motor Car. It’s called the LM2 Streamliner. 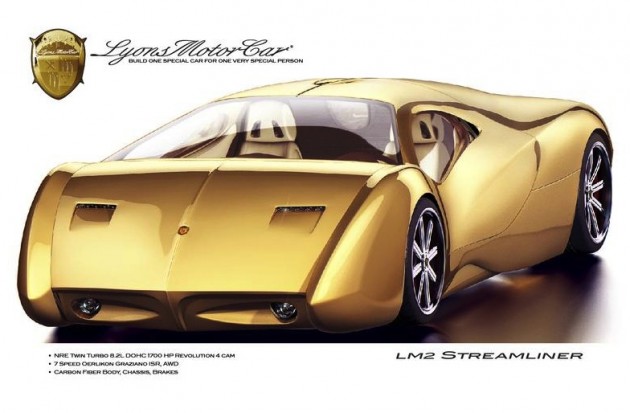 So far only digital renderings have been produced. These are accompanied by some pretty far-fetched facts and figures. In terms of design though, the LM2 Streamliner certainly looks like it goes like a bullet.

The body is apparently made from carbon fibre to help keep weight to a minimum and to keep the body stiffness and structural integrity to a maximum. No details on kerb weight have been released at this stage.

In the engine compartment is where all of the magic is. The company envisages an 8.2-litre twin-cam V8 using twin turbochargers to produce an unbelievable 1250kW of power (1700hp) and 2180Nm of torque. This is transferred through a four-wheel drive system – obviously a heavy-duty one – after going through a seven-speed dual-clutch auto. 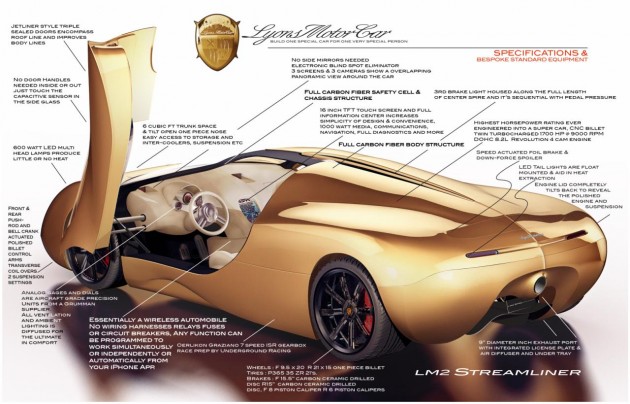 A public debut for the outrageous model will take place at the 2015 New York Auto Show which starts on April 1. We look forward to seeing this before believing it. Stay tuned.