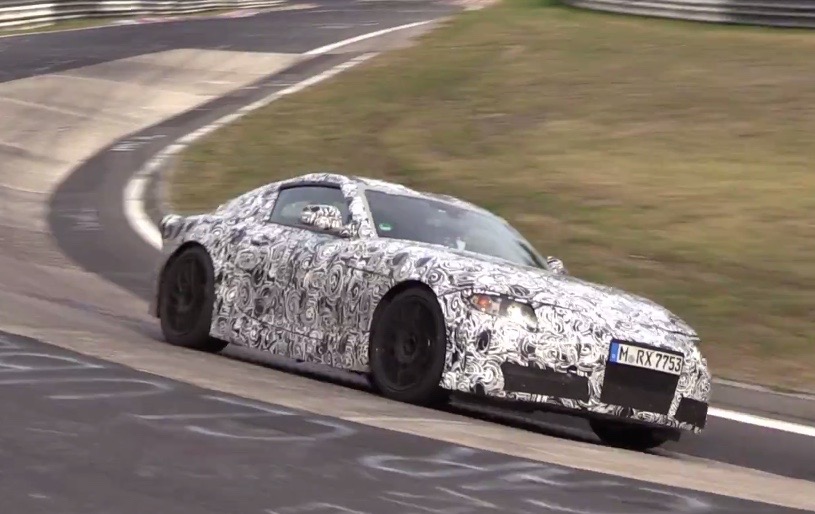 Another video has popped up on the ‘Tube showing the 2018 Toyota Supra. This time engineers are spotted commencing testing on the Nurburgring. 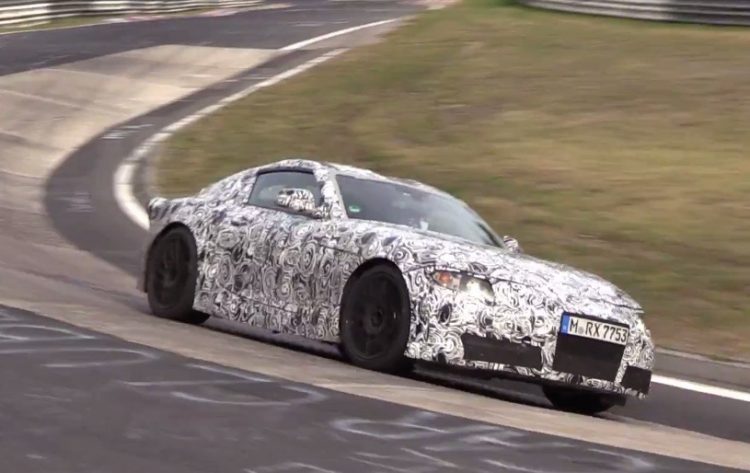 We saw a prototype earlier this week in and around the Nurburgring, but this is the first time the prototype has properly hit the track. Thanks to cvdzijden YouTube channel, we can see it looks like engineers are only in the initial stages of testing, driving gently around the bends.

Interestingly, the prototype is registered with a Munich number plate – the ‘M’ at the beginning. Munich is BMW’s home town, suggesting there is plenty of BMW influence in Toyota’s new sports car as part of the co-development deal signed back in 2012.

It’s still a bit of a mystery as to what powers the revived sports car. Some reports are predicting it will be a combination of BMW’s turbo four or six, along with Toyota’s clever hybrid tech.

This seems the most likely combination, however, there is also a chance Toyota will use its V6 as seen in the current Lexus GS 450h. Either way, we should expect around 300kW in total. 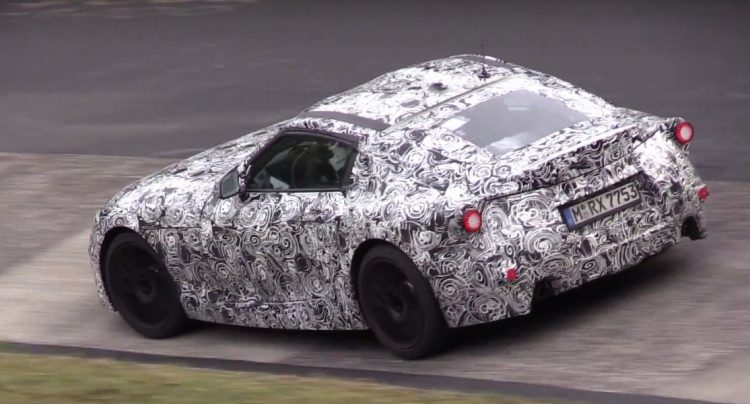 BMW is likely to infuse some of its extensive handling, steering and driving dynamics knowledge into the car, via suspension geometry and wheel positioning and so on. At the time of the initial agreement between the two companies, Toyota boss Akio Toyoda said:

More details will probably be trickled out over the coming months. Take a look below for a preview.