During a jump practise session at the X Games RallyCross, Toomas Heikkinen crashed his Ford Fiesta rally car into the landing ramp of the jump. All was caught on film. 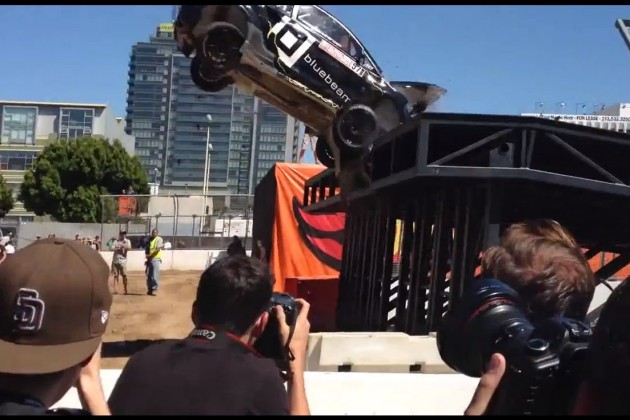 The violent crash occurred as Heikkinen was measuring up the man-made metal jump structure, which has a gap of 15.2 metres in between the take off and landing ramps.

As you can see in the videos below, Heikkinen doesn’t quite make it. His Fiesta nose clips the front edge of the ramp causing rapid deceleration, before flipping over to land on its roof.

It’s understood Heikkinen did get out of the car okay after the crash, however, later medical tests showed a broken ankle and abdominal injuries. Heikkinen is still undergoing CT scans just to be sure, and is not expected to compete in today’s race.

As for the jump, it has apparently since been removed from the course.