This is not something you see every day. Rolls-Royce has been spotted testing a prototype version of the upcoming Ghost Coupe on the Nurburgring in Germany. The luxurious land yacht leans itself around corners with the grace and charm only a Rolls could pull off. 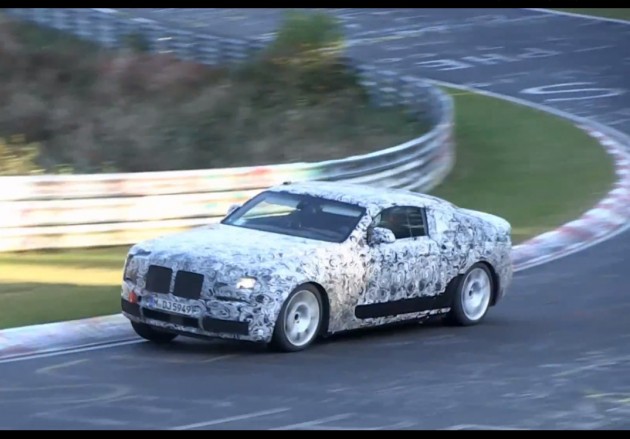 Crunching out lap times and hitting tracks like the Nurburgring is not usually known to be part of the BMW-owned company’s list of car-building criteria. Nonetheless, it looks like the company is serious about keeping its next model as capable as possible, as far as large barges go.

Under the bonnet the Ghost Coupe is set to come with a 6.6-litre twin-turbo V12 engine producing around 447kW power. Acceleration from 0-100km/h is expected to be done and dusted in around 4.7 seconds, which is a blindingly quick time for such a large non-performance-focused vehicle.

After testing is over, and after test drivers have perhaps recovered from seasick, the new model is likely to debut at the 2013 Geneva Motor Show in March.

Click play below to take a look. It’s quite entertaining to see such a big car hustle. Note how whisper-quiet the prototype is, even during full throttle.