McLaren Special Operations (MSO), the division known for re-optioning up McLaren vehicles, has revealed two of its latest projects; an exquisite McLaren F1 with an MP4-12C made to match. 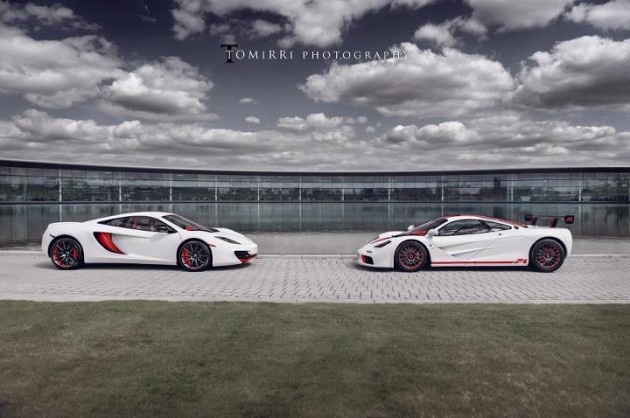 You may remember MSO for coming up with the Project Alpha options for the MP4-12C. A customer has just had two of his or her McLarens painted in a distinct white and red-highlighted colour scheme, and asked that the interiors match as well.

As you can see, the MP4-12C gets some additional body modifications, such as vented front guards like a race car, some new alloy wheels, and various red carbon fibre trimming enhancements.

As for the mighty F1, it has been painted in the same colour scheme, with a full white leather interior and red carbon fibre highlights. The steering wheel is also a fresh carbon fibre item, with lots of red carbon fibre trimmings throughout.

Take a look through the stunning images below. The cars were photographed at McLaren’s headquarters in the UK.