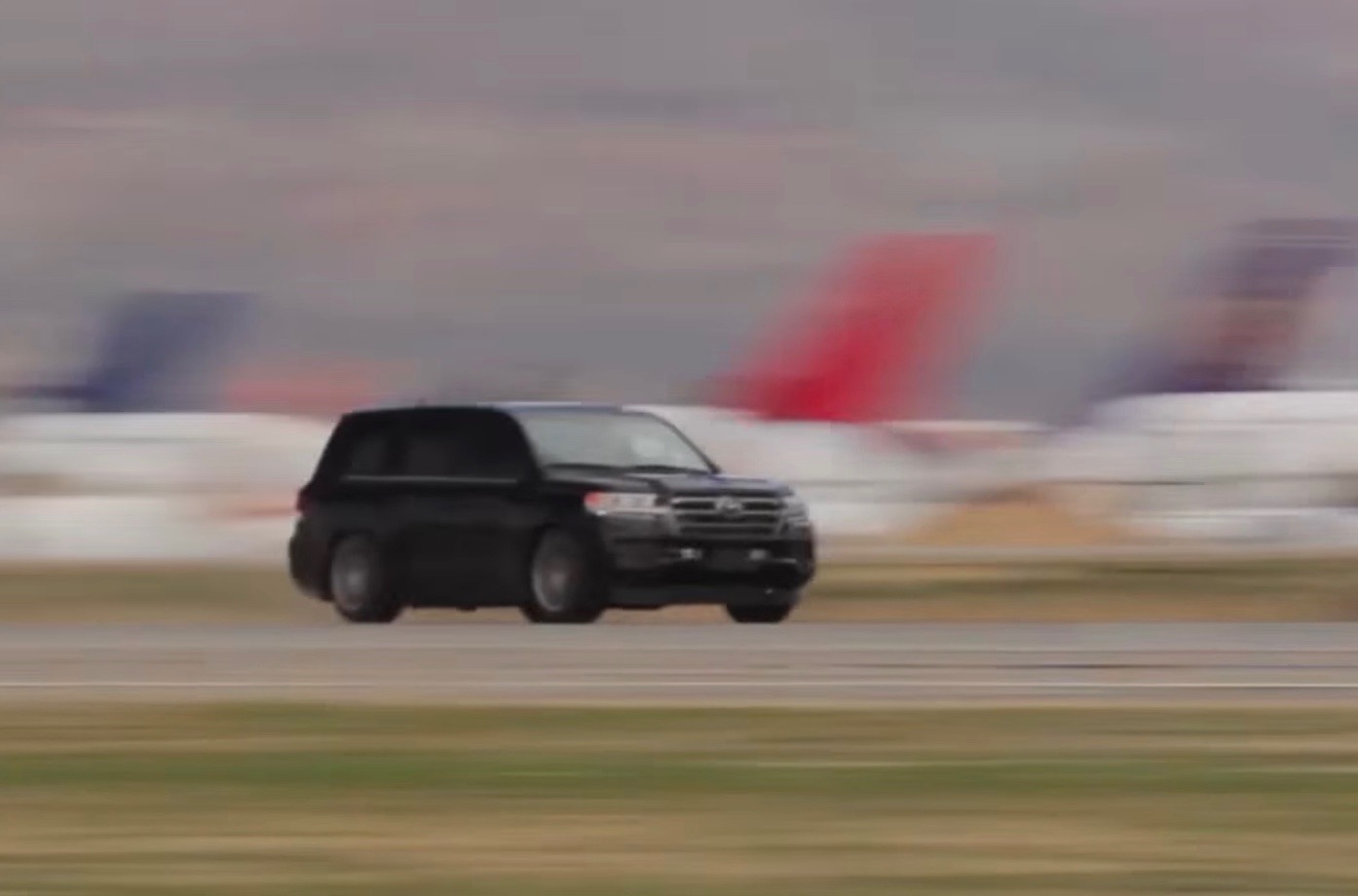 Back in November of last year, we showed you the Toyota Land ‘Speed’ Cruiser which stormed SEMA with over 2000hp (1500kW), or a Bugatti Chiron’s worth plus a third more. 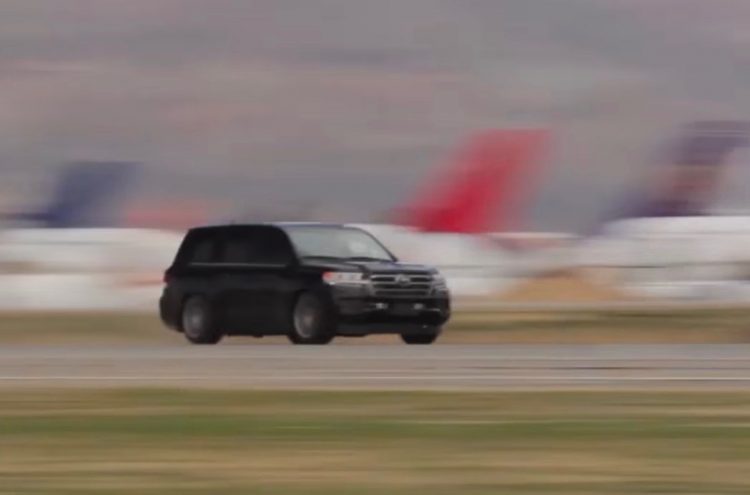 The otherwise heavy-duty off-roader looks mostly stock from the outside, apart from being lowered and featuring a front spoiler, and aside from the gynormous Garret blowers peering through the front bumper hole where foglights used to reside. The 3UR-FE V8 which they feed many Earth atmospheres’ worth of pressure to was rebuilt to accommodate the stress, with power sent through an ATI automatic gearbox.

A few subtle aerodynamic mods ensured its stability, to help the 2700kg meteorite obtain a top speed hoped to be in the region of 220mph (354km/h).

Well now it has been tested on an air strip by former NASCAR driver Carl Edwards. How fast? It exceeded the target to hit 230.02mph, or 370km/h. That is fast enough to rub shoulders with a McLaren F1 and claim the title of fastest SUV in the world, but not in production form obviously.

While this is a stellar achievement, the missing word here is ‘production’ – a title currently held by the Bentley Bentayga, or the Tesla Model X P100D in terms of acceleration, but in terms of piston power, the upcoming 527kW Jeep Grand Cherokee Trackhawk will most likely reign supreme – potentially putting pressure on Lamborghini to give its upcoming Urus enough street cred to earn the bull badge.