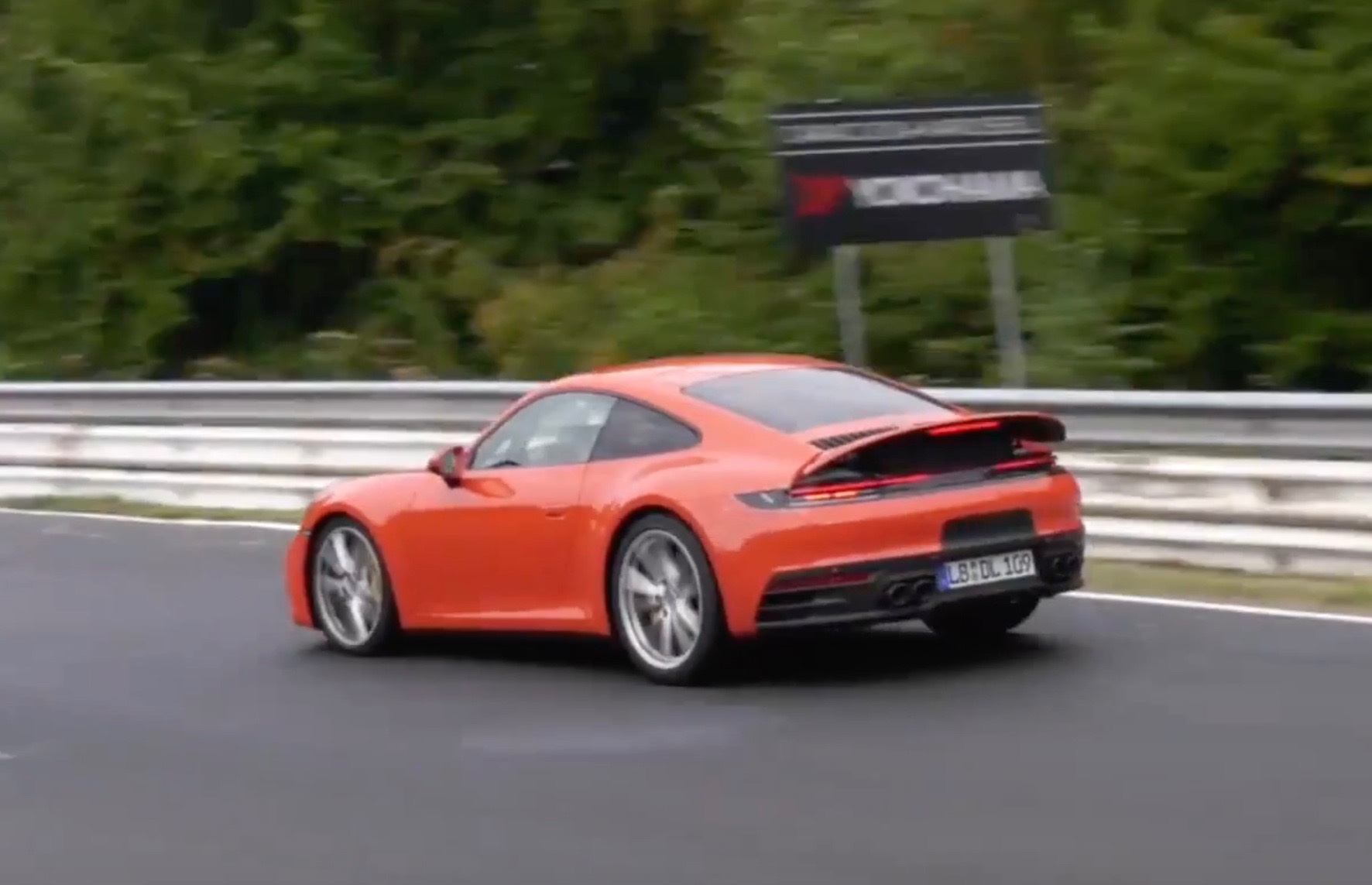 Porsche has been spotted test driving the new ‘992’ Porsche 911 out on the Nurburgring. And this time it appears prototypes have shed almost all of their camouflage, giving us the best look yet at the next model. 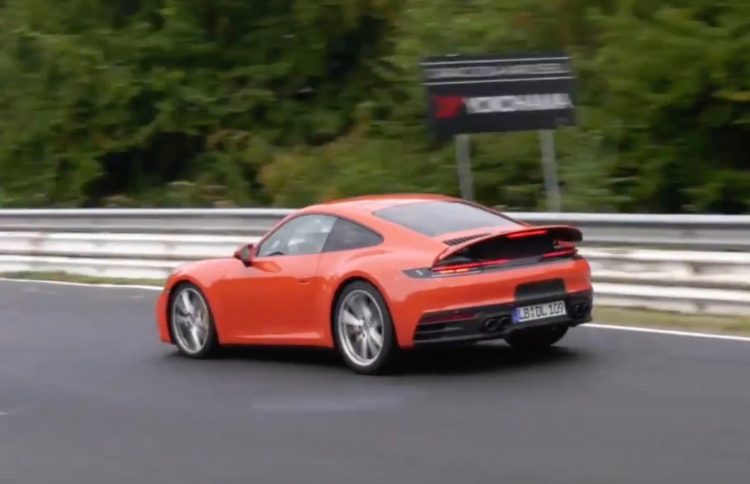 The new model is set to evolve the iconic coupe design, with a longer and wider visual stance by the looks of it. At the rear it looks especially different, with a fuller diffuser section, full-width taillight treatment, and an active rear spoiler that also spreads the width of the car.

According to reports that rear section is hiding a revised twin-turbo flat-six engine. The capacity is set to remain at 3.0 litres, however, there’s talk of a mild-hybrid starter-generator system being introduced. This would be similar to what Audi and Mercedes-Benz are rolling out.

While a full hybrid and even an electric 911 are likely to be introduced in the next five years or so, for now just a mild-hybrid setup is expected. Even still, a 48V system could provide boosts of around 15kW. At the moment the 3.0-litre biturbo unit produces 272kW in standard spec, and 309kW in the Carrera S.

Out on the Nurburgring, the prototypes certainly look quick. Squatting down and then pouncing from corners, even sliding slightly on some corner exists. There’s also a nice crisp exhaust note topped by pops between upshifts. You can hear a dual-clutch transmission, which is likely to be the main option.

Porsche released some teaser images of the new model earlier this year, showing a prototype wrapped in camouflage. This suggests a full unveiling is probably not too far away now. Check out the spy video below, by autoevolution, for a sneak peek.