The owner of a bright orange Lamborghini Aventador will have to collect their car from the pound after parking it in a taxi zone in Saint-Tropez in France recently. The hypercar was recently spotted being literally picked up and towed away. 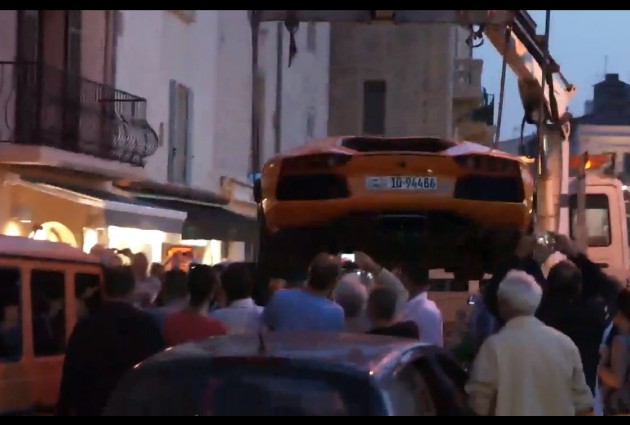 Sometimes the mega rich feel they have so much power that they can park wherever they want. In this case, it didn’t stop a tow truck driver and an angry mob from enjoying picking up an Aventador and carting it away.

As you can see in video below, captured by one of the gazing passersby, the truck had to very carefully pick up the V12 supercar from all four wheels using straps. It doesn’t look like any damage was done, but even just breaking the side mirror would result in huge bills.

It’s understood the owner also has the Mercedes-Benz G-Class SUV parked illegally just behind the Aventador, which will also be towed away.

What do you think though? Is it okay for awesome pieces of machinery to be parked illegally? Or should the cars be treated in the same way as any other car when it comes to parking?