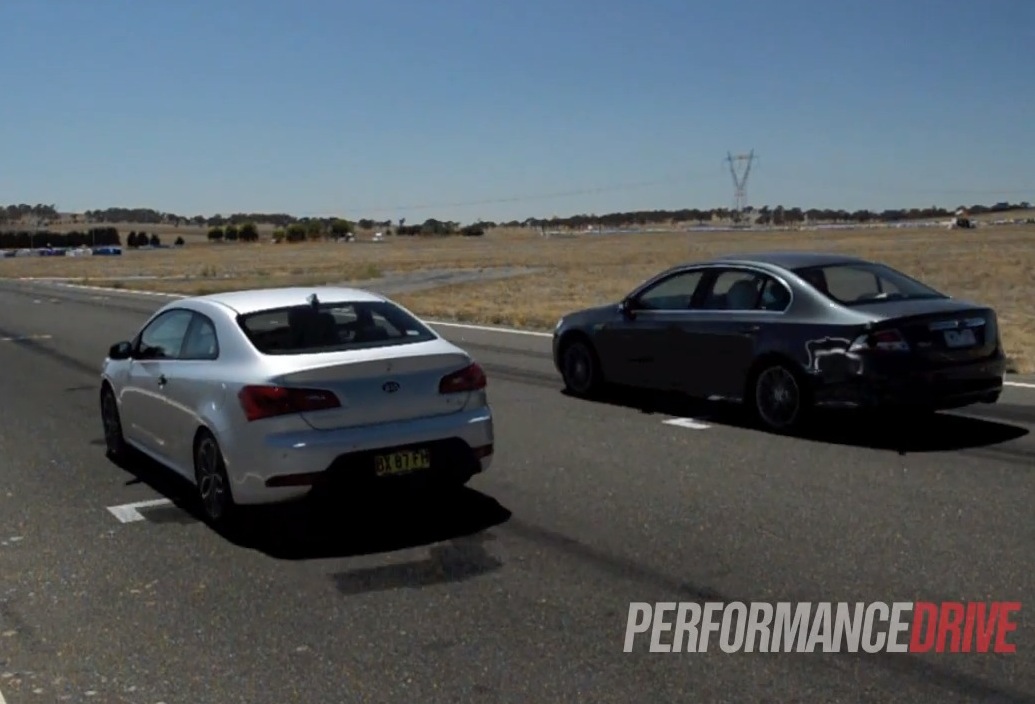 Both are automatic, only the Ford is rear-wheel drive and the Kia is front-wheel drive. Under the bonnet the Falcon develops 195kW from its naturally aspirated 4.0-litre straight-six, while the Kia produces 150kW from its 1.6-litre turbo four-cylinder.

Despite weighing 1756kg compared with the Kia’s 1390kg mass, the Ford does have a slightly better power-to-weight ratio; 9.0kg:1kW versus 9.2kg:1kW in the Kia.

What do you think is quickest?

Special thanks to GPEXEC track days.