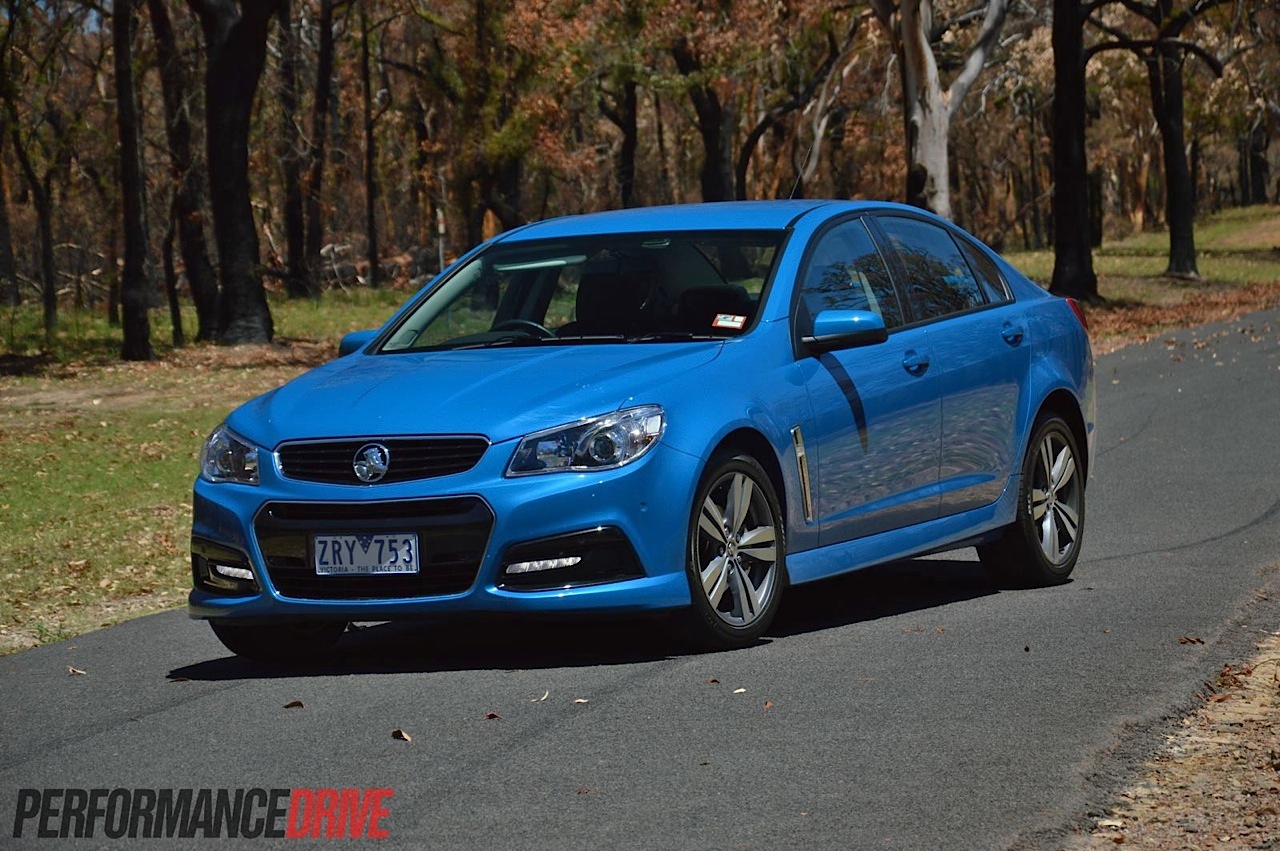 Driving the latest iteration of the VF Commodore SV6 not long after Holden announced it would cease manufacturing cars in Australia is a bittersweet moment. What makes it worse is the fact the SV6 is genuinely a great car to drive, both in terms of looks and performance. 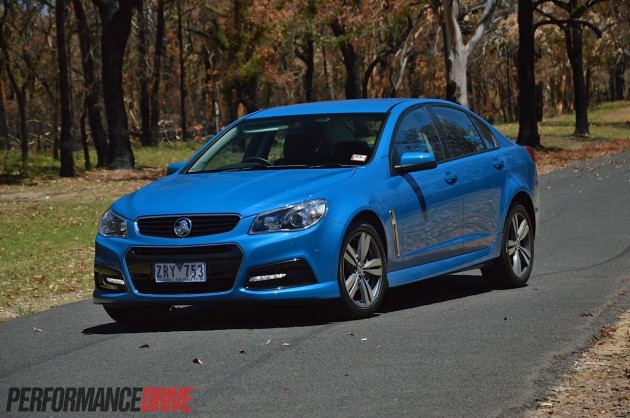 When the SV6 first replaced the S-pack as Holden’s sportier V6 Commodore option, it didn’t feel as special as it should have been. Fast forward to 2013 and the release of the VF, and Holden has pieced together a terrific SV6 that does feel special.

Apart from the 6.0-litre L98 engine in the SS range, the SV6 comes with all of the same features as its beefier sibling. And when you compare it to the VE SV6, it couldn’t be more ahead in terms of packaging, comfort and styling.

Best yet, the VF SV6 is priced from just $35,990 (manual), which will vary depending on the many factory options you tick off at the dealership. This is an incredible $6800 cheaper than the VE Series II SV6. 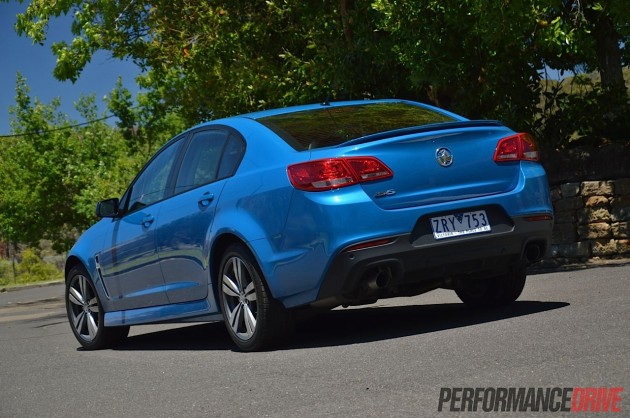 As we’ve mentioned in previous reviews of the VF range, the interior is truly something to behold for an Australian-made car in this price range. In the past it felt as though the interior was an afterthought, but in this instance Holden has really stepped up to the plate.

This test car has optional leather seats, which are extremely comfortable and put the driver in a nice, upright position. They’re also well bolstered without being intrusive. Leather adorns the top of the instrument cluster too, with contrasting white stitching, which is itself a step up for Holden.

Replacing the old handbrake with an electronic button frees up a lot of space in the centre console, however, if you aren’t used to flicking the button, it can be cumbersome. There’s plenty of space to stash your wallet and phone to keep them away from any other buttons.

The coveted MyLink system is quite basic in the SV6, but it does come with Pandora and Stitcher music apps, as well as Bluetooth and USB support. The menu is easy to navigate and the touch-screen responds to touching and finger scrolling quite well.

In generations past the colour of the Commodore’s headlining matched the rest of the interior. The ceiling in the SV6 is grey against the rest of the black. It is a nice contrast for the time being but would no doubt get grimy in the future. 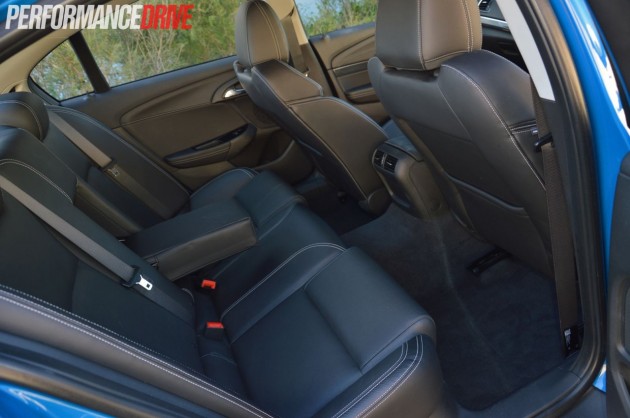 There’s plenty of space in the back, even for a couple of burly men, although we wouldn’t suggest cramming three of them in there. What’s more impressive is the deceiving amount of boot space, which from the outside looks minimal. With a click of the boot button on the key, the lid springs up and you’re greeted by 495 litres of space, even though the battery does take up some of the left side.

Heading outside, the VF is an aggressive-looking car inspired by what’s being produced overseas. From the front the SV6 is easily identifiable as an Australian car, with its big, wide grilles and headlights. When you turn to the back it looks more like something from the Land of the Rising Sun, which has managed to polarize a few of the diehard fans.

The SV6 cops a fair amount of chrome accents around the headlights, grilles and air vents. Paired with the magnificent Perfect Blue colour (as tested) the accents work wheel and ensure this is a step above any entry level Commodore.

The 18-inch wheels look fairly basic, which could be a response to the massive aftermarket for Commodore wheels. The only thing that lets the whole exterior package down is the car’s ride height. It sits too high for our liking, particularly at the back.

All of these trimmings, inside and out, are identical to those found on the SS. The same sport tune setting for the electric steering is also shared, and the sports suspension.

Under the bonnet you’ll find Holden’s humble yet happy-to-rev 3.6-litre V6 engine. In this case it’s coupled to a six-speed manual gearbox and a limited-slip differential. A six-speed auto is available, adding $2200 to the original price tag. The package develops 210kW and 350Nm; plenty for what most people need on the road, plus a bit extra. 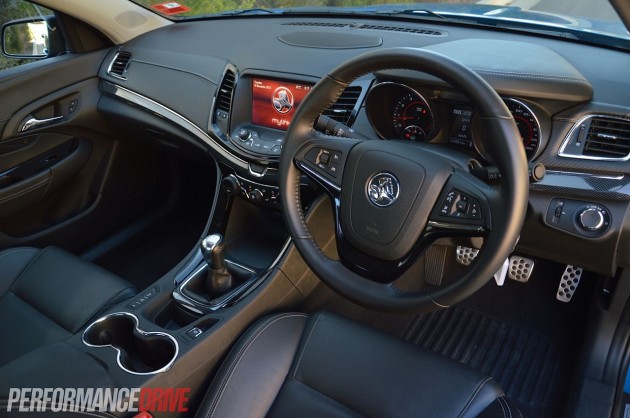 V6 Commodores aren’t exactly known for the giddy performance and grunt that you get from their V8 counterparts. However, the manual option makes driving this car a lot of fun and certainly wakes up the V6 engine.

There’s no doubt this car was made to run through the suburbs and cruise down the freeway. It will easily sit at around 1500rpm in fourth gear at 60km/h, and has enough torque lowdown to move effortlessly through a roundabout in third gear (even fourth if you’re feeling lazy). The story is much the same on the freeway, with the SV6 able to coast along comfortably at 110km/h in sixth gear.

When you’re up for something a bit more fun, the SV6 certainly loves to get moving. It nips through the gears nicely with a manly shift action, and the engine enjoys revving right out. The clutch does feel a bit doughy and there is slight lag when engaging and disengaging with the flywheel, but this could be isolated to this vehicle which has high kilometres for a press demonstrator. 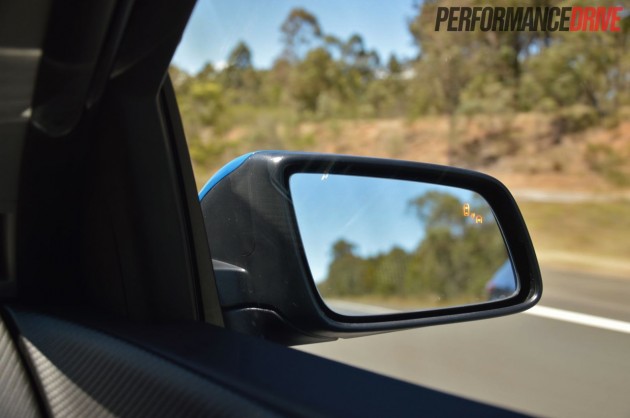 Through the corners, the SV6 goes exactly where you want it to and it remains mostly flat in terms of composure. However, you can definitely feel the weight when moving through at speed.

It’s here where the sports FE2 suspension needs to be a bit firmer we think. Moving through a series of turns in a moderate to aggressive manner results in floaty responses from the chassis. On that note, the ride is smooth and soft, and very comfortable for conventional driving duties.

Holden has managed to strip some weight with the use of aluminium panels, but it’s still a heavy car (1688kg). To be honest, it suits the added power of a V8 engine, which can pull it through with sheer grunt.

Unlike the suspension, the brakes are more than up to the task of accommodating highly energetic driving conditions. They take repeated onslaught and never complain.

In the week we had the car, with lots of city driving, average fuel economy came in at 12.9L/100km, which is considerably higher than the official 9.0L/100km rating but understandable for city driving. You could get it much lower with more freeway use. Interestingly, the official figure is significantly better than the VE Series II SV6’s 9.7L/100km rating.

Like any self-respecting Commodore, the SV6 doesn’t mind making a bit of smoke. With the traction control switched off, the car quickly turns tyres out of first gear, ready for your foot to come off the gas to click into second.

Compared with previous V6 Commodores, the SV6 doesn’t sound like a cow mooing in the field. Pottering around town it’s fairly quiet, but with your foot on the gas there’s a nice melody from the rear pipes. The story might be different with an automatic gearbox, so some merit probably ought to be attributed to the manual option. 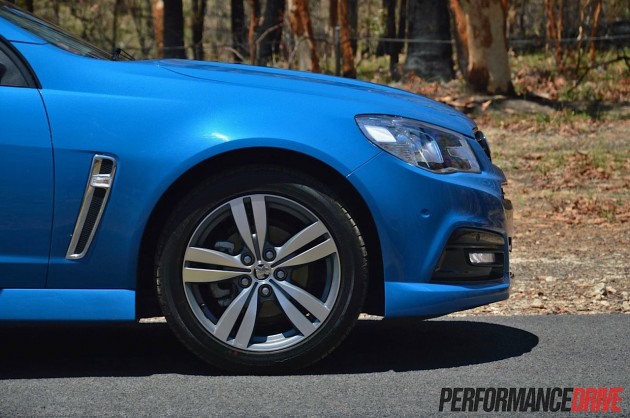 It’s a damn shame knowing this could potentially be one of the last Commodores built in Australia. The marketing hype surrounding its release earlier this year was certainly true, it’s a cut above any other car ever produced in Australia.

As fun as the SV6 is to drive, in the back of your mind you tend to want the added grunt of the SS. There were times when driving it around we wanted something a bit more, and unfortunately that’s always been the curse of the V6 Commodore; putting a six-cylinder engine in a car built for a V8 is never going to be as good, no matter how good it is.

In saying that, the SV6 is a terrific all-rounder and it will be embraced by those who want all the flash and sportiness of the V8 with the economy of a V6.

PROS:
– High quality leather interior
– V6 engine has plenty of poke, made even better with a manual ‘box
– Aggressive styling turns a lot of heads
– Plenty of space in the rear and big boot space
– Hatchback price

CONS:
– Not an SS
– Clutch feel left a bit to be desired
– Suspension setup leaves the car too high, and could be firmer for more sporty driving 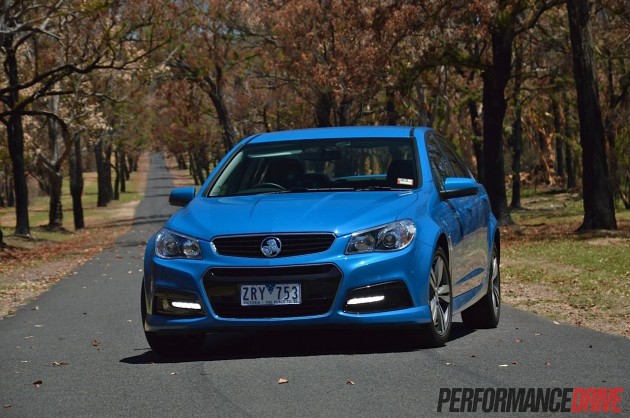